YALSA launched a Teen Book Finder Database, a one-stop shop for finding selected lists and award winners.  Search this free resource by award, list name, year, author, genre and more, and print customizable lists.  This replaces the individual award and list web pages on YALSA’s site that are not searchable and that are organized only by year.

YALSA’s portfolio of book and media awards helps strengthen library services for and with teens by identifying quality, age appropriate resources for library staff to share with the teens in their communities. 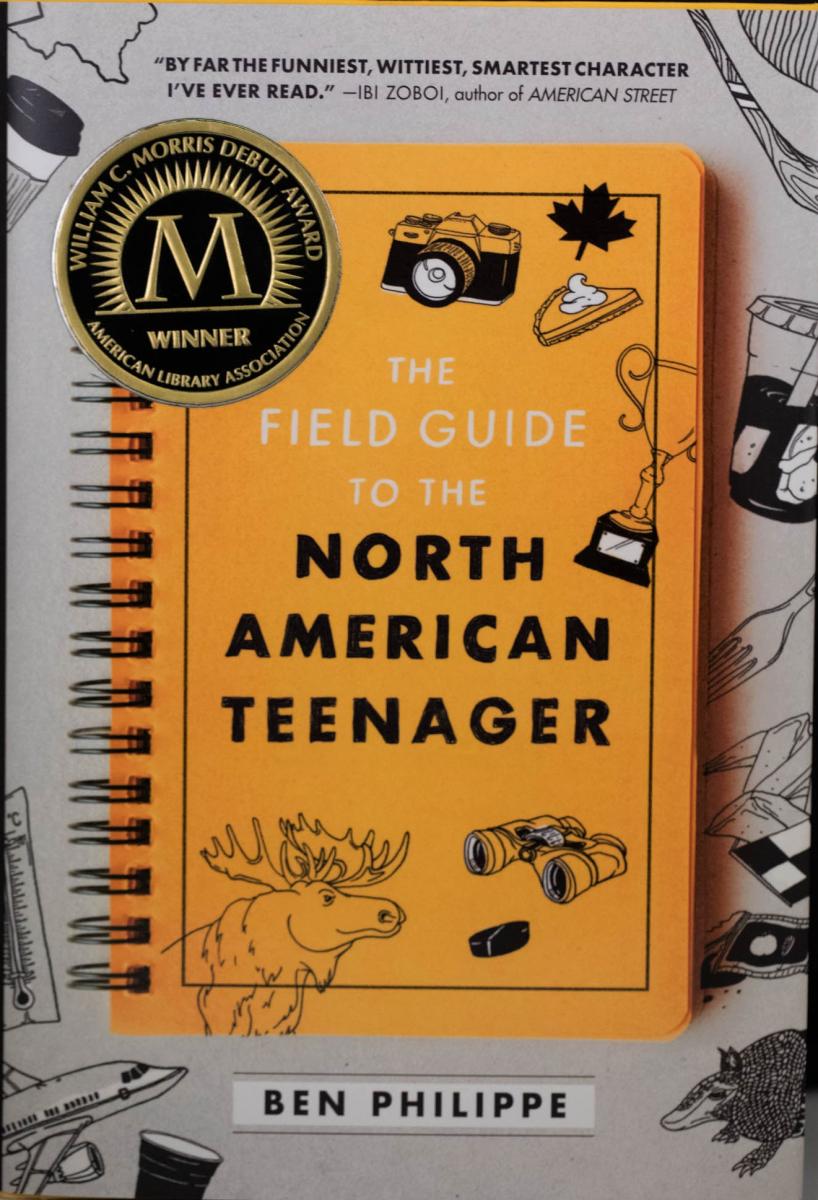 The Field Guide to the North American Teenager written by Ben Philippe, published by Balzer + Bray, an imprint of HarperCollins Publishers. 9780062824110

Norris Kaplan, a Black French-Canadian teen, moves to Austin, Texas and tries to survive American high school life by notating his observations, most of which are based on clichés from U.S. movies and television shows. However, as he gets to know the so-called jocks, cheerleaders, loner, and Manic Pixie Dream Girl better, the hilarious but cynical Norris slowly realizes that he shouldn't judge others based on labels and first impressions. 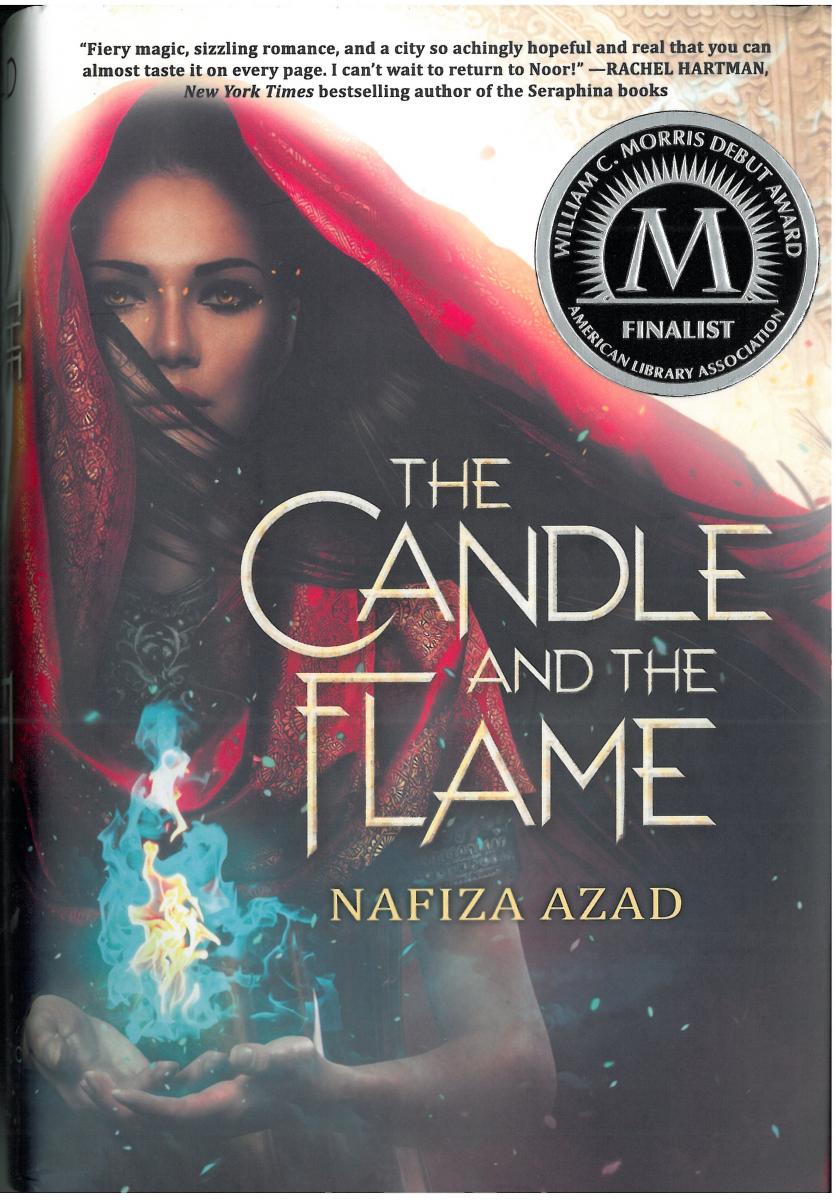 The Candle and the Flame written by Nafiza Azad, published by Scholastic Press, an imprint of Scholastic. 9781338306040

Orphaned in an ongoing war between djinn and humans, Fatima undergoes a magical transformation that can save her family and beloved city of Noor. A devout Muslim, she lives harmoniously in this southeast Asian community amongst others from various cultures and religions, learning the importance of languages, names, and stories. When the needs of the djinn and the lives of humans collide, Fatima must decide how much of her identity she is willing to sacrifice. 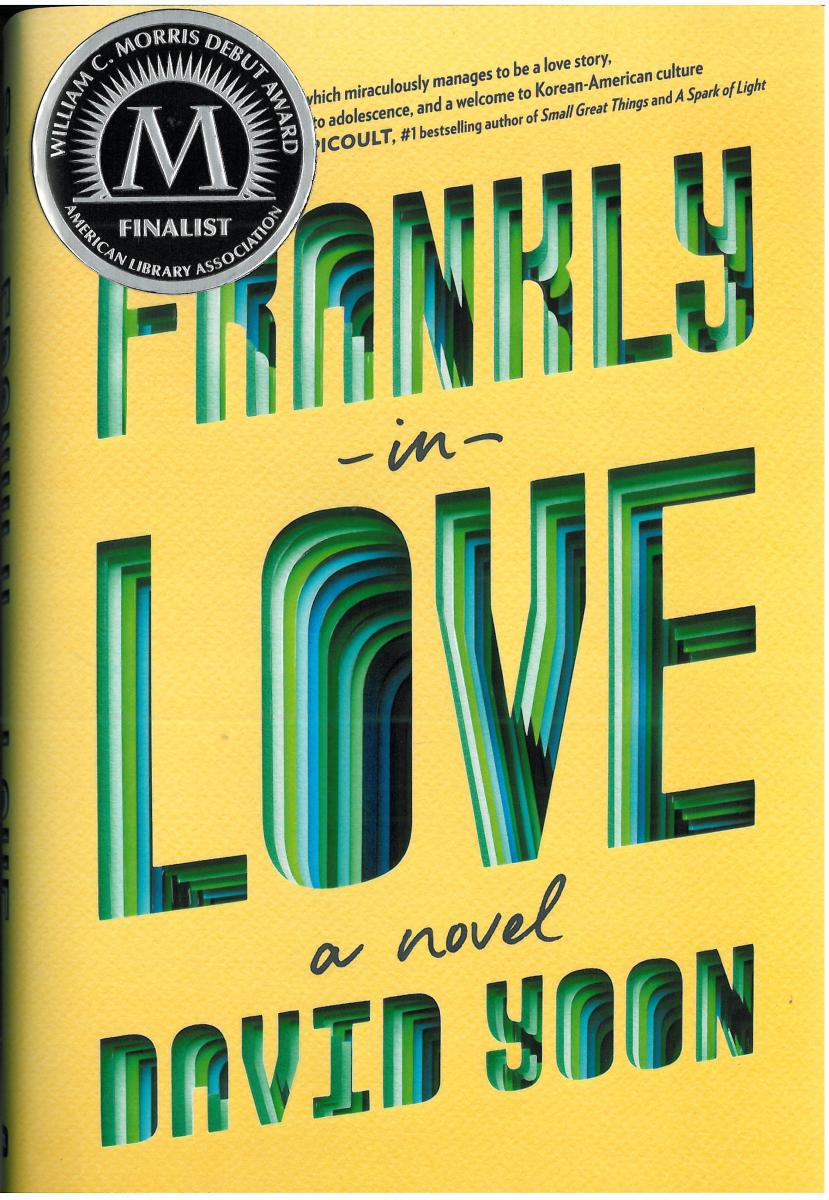 Frank Li is a Korean-American high school student torn between two lives. At school, he's part of a diverse group of smart friends. At home, he tries to be a model son - working in his parents' store, socializing with other Koreans, and following his immigrant parents' expectations. When Frank begins a relationship with a white girl, he and Korean-American Joy Song begin fake dating as a cover for their parents. Frank is soon forced to reconsider everything he thought he knew about relationships, identity, and race. 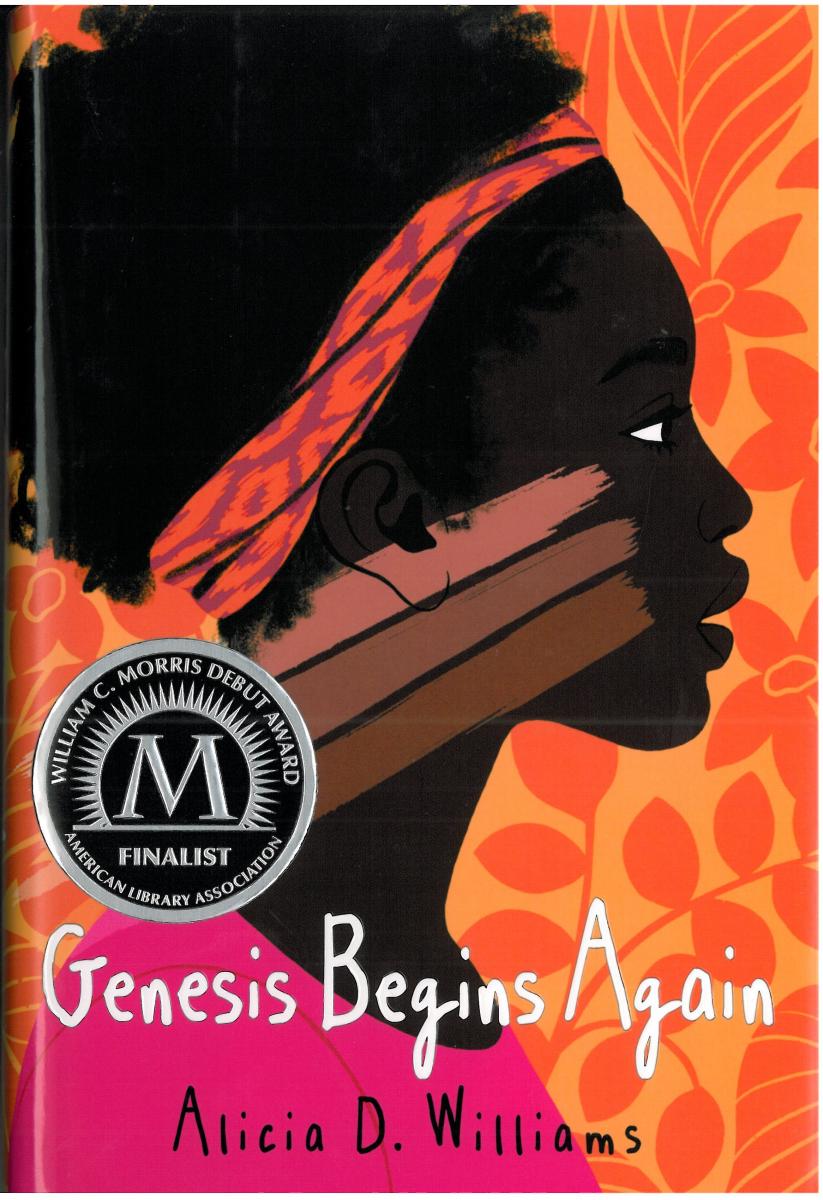 Genesis has a list of reasons to hate about herself, started by girls in a Detroit school she attends, and she keeps adding to it. Born dark-skinned in a family that values light-skin black people, Genesis craves to feel loved by her alcoholic, gambling-addicted father. Amidst verbal abuse and poverty, thirteen-year old Genesis struggles to find her voice and story of her family with the help of her music teacher, friends, and mother. 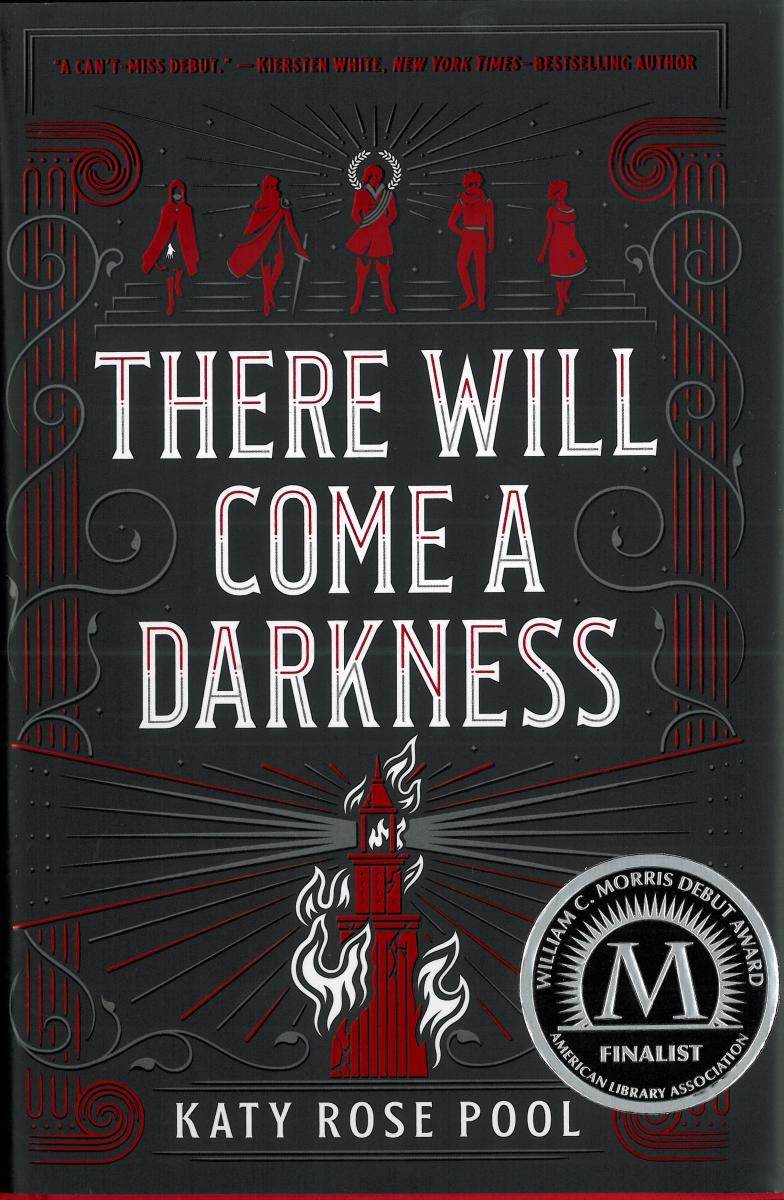 There Will Come a Darkness written by Katy Rose Pool, published by Henry Holt, an imprint of Macmillan Children’s Publishing Group. 9781250211750

The Age of Darkness is upon us, so says a secret prophecy foretold generations ago by the Seven Prophets. Five lives - an exiled prince, a serial killer known as the Pale Hand, a terminally ill girl, a gambler on the run, and a paladin in search of the Last Prophet who can either save or destroy the world - intersect in a race to prevent the prophecy from becoming reality.

Looking for more ways to promote the Morris finalists?  Below are book talks and shelf talkers for each finalist.

Book talk for The Candle and the Flame by Nafiza Azad

A tempestuous royal family, opposing clans of powerful djinn, a bustling city at the heart of the Silk Road and the orphaned delivery girl whose magical inheritance might be enough to save them all. Fatima could not have imagined that witnessing the death of her mentor could awaken a powerful magic within her, giving her the ability to help djinn move between the human realm and their own. The Ifrit who protect her city need her help, but they are not the only djinn with an eye on her powers. When the kingdom faces both human and supernatural threats Fatima and the women around her must harness their power, magical and otherwise, to save it.

Shelf talkers for The Candle and the Flame by Nafiza Azad

1. A tempestuous royal family, opposing clans of powerful djinn, a bustling city at the heart of the Silk Road and the orphaned delivery girl whose magical inheritance might be enough to save them all.

2. My family was slaughtered by the djinn, yet I survived. No one knows how, though maybe it's because I'm not quite human. My blood burns their essence; perhaps the only weapon that may save us. I will protect those I love.

Moving to a new town and attending a new school sucks. At least that's what Norris Kaplan, a Black French Canadian teenager, believes when he moves to Austin, Texas. All of his knowledge about U.S. high school life comes from movies and television. He assumes that the students he meets in real life are just as one-dimensional. Norris, who can be a bit snarky, decides to write about his interactions with the jocks, cheerleaders, loners, and Manic Pixie Dream Girls in a pocket journal for amusement. However, as he gets to know the people behind the labels better, Norris begins to realize that he shouldn't judge a book by its cover - or its characters, for that matter.

1. Come for the hilarity and snark, stay for the epiphany that teenagers are more than one-dimensional stereotypes.

2. My name is Norris. I will be your guide today on a humorous and witty trip consisting of bad first impressions, extreme sweating, lots of key lime pie, and ice hockey. Oh yeah, some new friendships too.

Book talk for Frankly in Love written by David Yoon

What would you do if you knew your parents would disown you for dating someone of a different race? Frank Li, the son of Korean immigrants, knows what could happen when he starts dating the Brit Means, a white girl. After all, his parents already cut his sister out of their lives.

Frank's solution? Pretend to date the acceptably Korean Joy Song, who has a forbidden boyfriend of her own. It's the perfect plan, as long as his parents and Brit don't find out. He didn't expect to actually fall for Joy. He really didn't expect the bad news for his family or the realization he might not understand as much about his parents, identity, or love as he thought he did.

Shelf talker for Frankly in Love written by David Yoon

1. How far would you go to keep your parents happy? Even when you know they're wrong?

When one person says you aren't beautiful because of the color of your skin, perhaps it's easy to brush off. When an entire group of people, including your family, says this it isn't something you can easily ignore. Genesis is the thirteen-year-old daughter of a light-skinned mother and dark-skinned father and, much to his disappointment, her skin is the same color as his. He is an gambling addict and alcoholic, and has repeatedly made sure Genesis knows his disappointment in how she looks. Frequently locked out of their rental units for his inability to hold down a job, Genesis' mother struggle to provide her with a normalcy that doesn't exist. Genesis simply wrestles to find her place and voice in a world that too often reminds her she is not enough, until she meets a music teacher and new friends that encourage her to speak her truth.

The Age of Darkness is upon us, so says a secret prophecy foretold generations ago by the Seven Prophets. In a land where there’s a rising movement to persecute those who are Graced and have enhanced abilities, five lives intersect:

Will these five prevent the prophecy from happening or become the catalysts for its beginning?

1. The Age of Darkness is upon us. Are you ready?

2. An exiled prince. A serial killer. A terminally ill girl. A paranoid gambler. A torn paladin. These five lives intersect as the Age of Darkness, a secret prophecy foretold generations ago, begins to unfold.