About the Edwards Award

The Margaret A. Edwards Award, established in 1988, honors an author, as well as a specific body of his or her work, for significant and lasting contribution to young adult literature. The annual award is administered by YALSA and sponsored by School Library Journal magazine. It recognizes an author's work in helping adolescents become aware of themselves and addressing questions about their role and importance in relationships, society, and in the world.  The Edwards award celebrated its 25th anniversary in 2013.

If you'd like to license the winner seal, please learn more here. 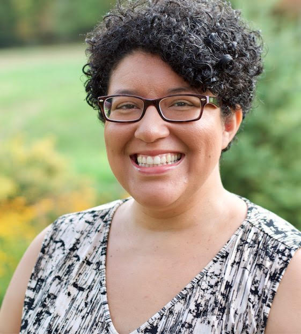 Kekla Magoon is the recipient of the 2021 Margaret A. Edwards Award honoring her significant and lasting contribution to writing for teens for “X: A Novel” co-written by Ilyasah Shabazz and published by Candlewick Press; “How it Went Down” published by Henry Holt and Co. Books for Young Readers, an imprint of Macmillan Children's Publishing Group; “The Rock and the River” and “Fire in the Streets” both published by Aladdin, an imprint of Simon & Schuster Children’s Publishing.

Kekla Magoon’s powerful prose and complex characters enrich literature for young adults by bearing witness to the trauma and triumph of the American Civil Rights Movement. In “X,” co-authored by Malcolm X’s daughter Ilyasah Shabazz, Magoon depicts Malcolm Little’s struggle to overcome unfavorable circumstances to transform into legendary Civil Rights leader, Malcolm X. In “The Rock and the River” and its companion novel, “Fire in the Streets,” two Black teens, Sam and Maxie, lose faith in peaceful protest and civil disobedience and embrace more aggressive action. “How it Went Down,” the story of a senseless shooting of an African American teen by a white man, illustrates the persistence of racial violence in America. Magoon’s books inspire teen readers and future authors to seek truth and reminds readers of their moral duty to confront racism, white supremacy, and injustice.

Kekla Magoon will be honored at YALSA’s 2021 YA Services Symposium, which is to take place November 3-5, 2021 in Reno, NV, where she will be presented with a citation and cash prize of $2,000. The award is sponsored by School Library Journal.

From “The Outsiders” to “The First Part Last”: A Margaret A. Edwards Award Time Line | School Library Journal

The Legacy of Margaret A. Edwards and the Birth of an Award | School Library Journal by Past YALSA President Joel Shoemaker

So You Know Your YA Authors. Who’s on Our Cover? | School Library Journal

See what previous winners had to say about the Edwards Award.