Who Was Mike Printz 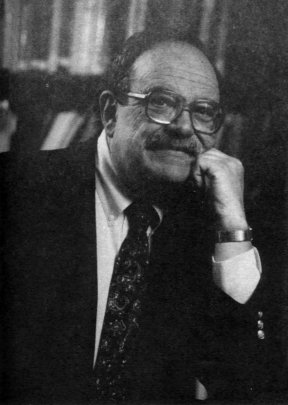 When the Newbery Award began , people probably asked, "Who is John Newbery?" After 75 years of Newbery Awards, "everyone knows the name." So that everyone will recognize the name of this new award as quickly as possible, some background information may prove helpful. "Mike," as he was known to his friends and colleagues, was a school librarian at Topeka West (KS) High School for many years and retired from teaching in 1994. Until his untimely death in 1996, he worked as a marketing consultant for Econo-Clad Books.

Mike was active in YALSA and served on the Best Books for Young Adults Committee and the Margaret A. Edwards Award Committee. He had a passion for books and reading. Finding the right book for the right student at the right time was not just a slogan to Mike-he lived it. He also appreciated the authors who wrote books for young adults and demonstrated this by initiating an author-in-residence program at his high school. One of those authors was Chris Crutcher, who became a close friend. Chris recalls the quiet times he spent with Mike talking with him about his vision of young adult literature and its place in kid's lives and says, "The ache I feel [upon hearing of Mike's death] is my wish that he could have accepted for himself what he so readily gave to us, readers and writers alike; a place to stand in the circle of the joy and heartache that is storytelling."

YALSA has created a place, a circle if you will, for Mike to stand and be recognized- that place is the Michael L.Printz Award.

YALSA published A Printz of a Man, a volume of articles written by Mike's friends and colleagues in 1997. Copies were given to the participants at the YALSA preconference, Popular Reading, which was dedicated to Mike, in San Francisco. It is now available on this web site for the reader's information and enjoyment.