With the generosity of individual and corporate donors, the fund has grown to $2 million, providing crucial support for:

Please join our network of CCF supporters — including more than 500 library professionals, foundations and corporations — by making a tax-deductible contribution today.

NOTE: To designate your gift to ALA's Resilient Communities: Libraries Respond to Climate Change or another initiative, please place a note under "Add a tribute or memorial to my donation" in the "Donate Now" platform linked below. Thank you! 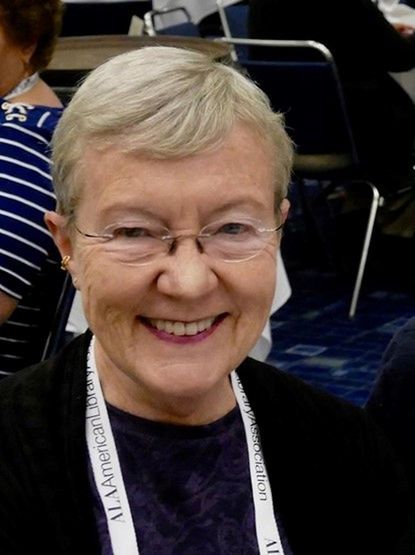 Gifts made to the Cultural Communities Fund in winter 2019/20 are accepted in memory of Margaret "Peggy" Barber, a transformative leader in ALA and the library field who was behind the creation of National Library Week and the Celebrity READ series. Peggy passed away on August 25, 2019.

Peggy served as ALA's associate executive director of communications from 1970 to 2000. In that role, she established ALA’s Public Information Office, Public Programs Office, and the ALA Graphics department. After leaving ALA, she was a principal consultant with Library Communication Strategies and served as co-president of Friends of Libraries USA, now known as United for Libraries.

Friends have established a Peggy Barber tribute fund within ALA’s Cultural Communities Fund, which Peggy was instrumental in creating to support cultural programs in libraries. Thanks to Peggy’s amazing network of friends and colleagues, more than $31,000 has already been contributed.

These funds will support the creation of the Peggy Barber Tribute Grant for Libraries, which will recognize and fund outstanding cultural programming in libraries. Details about the award will be announced in the coming months.

Thank you to these generous supporters of the Peggy Barber tribute fund (updated Oct. 10, 2019)

This page is brought to you by the American Library Association’s Public Programs Office.