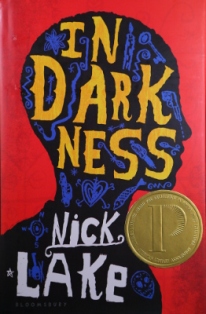 Fifteen-year-old Shorty awakens beneath the ruins of a crumbled hospital in Haiti, where his weakening mind begins flashing back through his own violent history, the loss of his twin sister, and his mystical connection to Toussaint Louverture, the nineteenth-century revolutionary who helped liberate his country.

Aristotle and Dante Discover the Secrets of the Universe written by Benjamin Alire Sáenz and published by Simon & Schuster BFYR, an imprint of Simon & Schuster Children’s Publishing Division

A self-described natural misanthrope, Aristotle finds himself changed when he meets precocious Dante, whose open and intense friendship over a fateful summer compels Ari to question love, art, adulthood and even the secrets of the universe.

In this multifaceted tale of intrigue and loyalties, two young women find their friendship tested while fighting to save themselves and their secrets when caught behind enemy lines in occupied France during World War II.

In this wild historical adventure, 17-year-old Dodger rescues a young woman from an attack, is appointed assistant detective to Charlie Dickens, encounters the Demon Barber of Fleet Street, obtains his first tailored suit and learns from his mentor Solomon how to navigate a wide range of social and political circles.

A summer spent as a “personal care assistant” in the French countryside turns into a journey of self-realization and independence as 19-year-old Taylor Jane, who has Asperger’s Syndrome, tells in her own distinctive voice how she has the skills and heart to live life on her own terms.