The William C. Morris YA Debut Award, first awarded in 2009, honors a debut book published by a first-time author writing for teens and celebrating impressive new voices in young adult literature.  The award's namesake is William C. Morris, an influential innovator in the publishing world and an advocate for marketing books for children and young adults. Bill Morris left an impressive mark on the field of children’s and young adult literature. He was beloved in the publishing field and the library profession for his generosity and marvelous enthusiasm for promoting literature for children and teens.

Individuals who wish to buy small quantities of seals can find them in the ALA Online Store. Publishers wishing to buy bulk seals or license seal images can find more information by consulting ALA's Seals Sales & Permissions page or reading YALSA's seal policy. 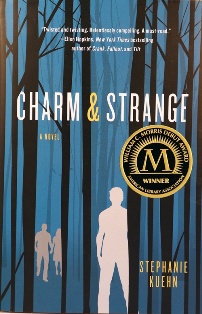