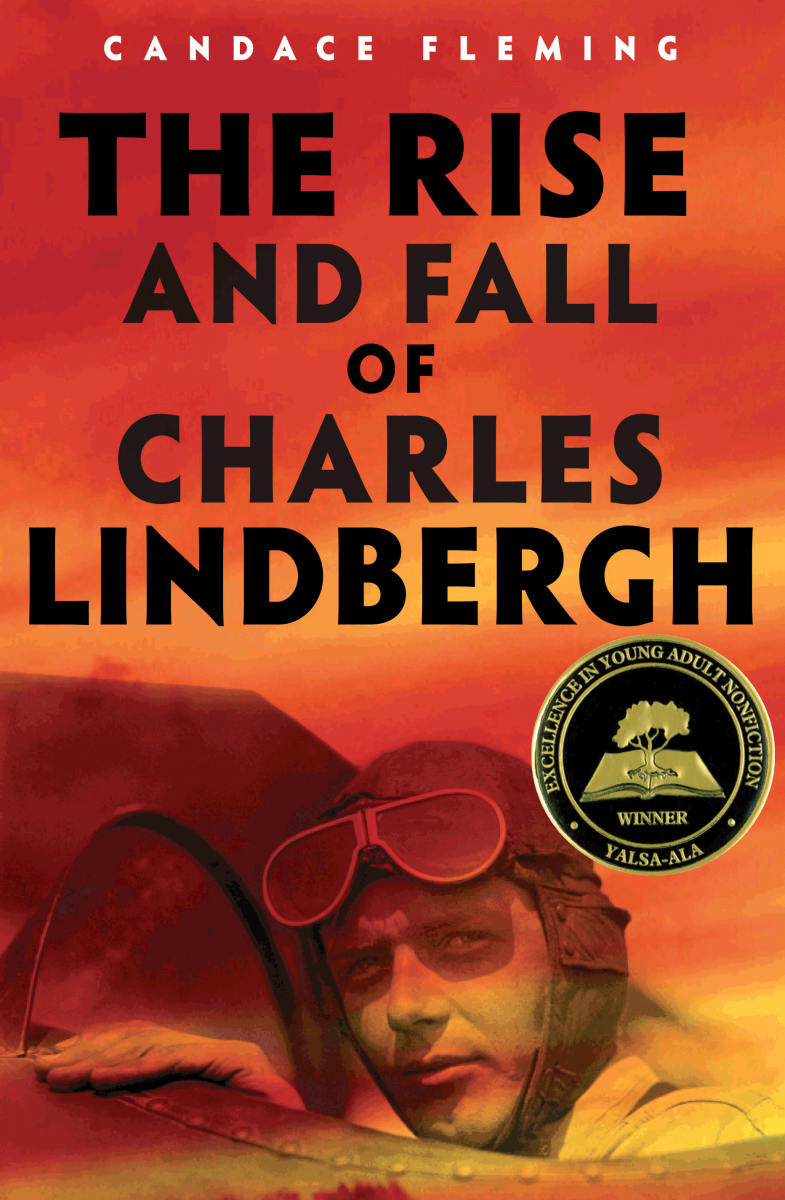 The Rise & Fall of Charles Lindbergh, written by Candace Fleming and published by Schwartz and Wade, an imprint of Random House Children’s Books, a division of Penguin Random House. 9780525646549
Charles Lindberg is one of the most complicated icons in American history. Celebrated aviator, dogged scientist, heartbroken father, Nazi sympathizer, unapologetic eugenicist, Candance Fleming shows all the facets of a deeply flawed American hero.  In a well-researched, engaging narrative, Fleming brings Lindberg to life, warts and all. 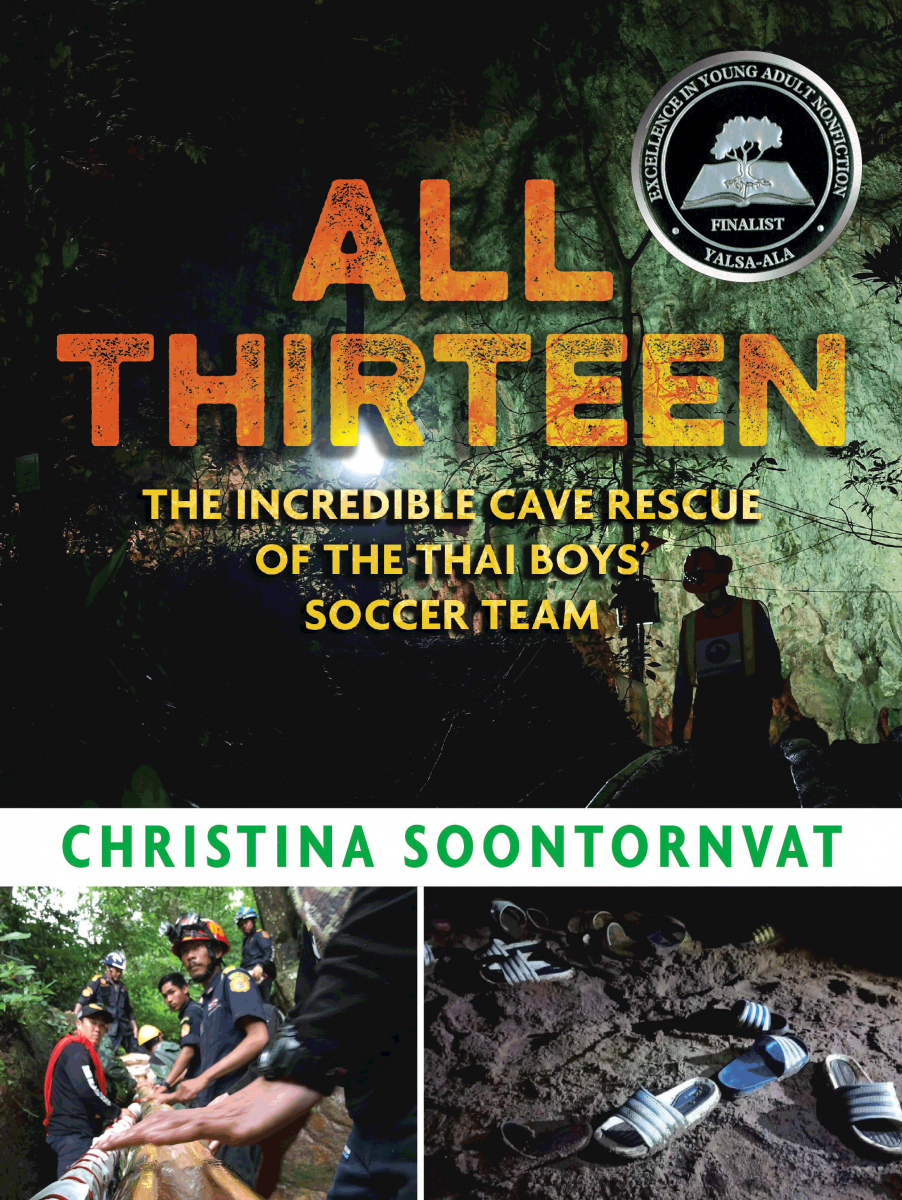 All Thirteen: The Incredible Cave Rescue of the Thai Boys' Soccer Team, written by Christina Soontornvat and published by Candlewick Press. 9781536209457
On June 23, 2018, twelve young soccer players and their coach became trapped by flood waters in a northern Thailand cave. Clear maps, diagrams, photography and first hand interviews capture every detail of the rescue of all thirteen, an effort made by hundreds of volunteers. Their rescue seemed impossible but, as Christina Soontornvat shows in this page-turning book, miracles sometimes happen. 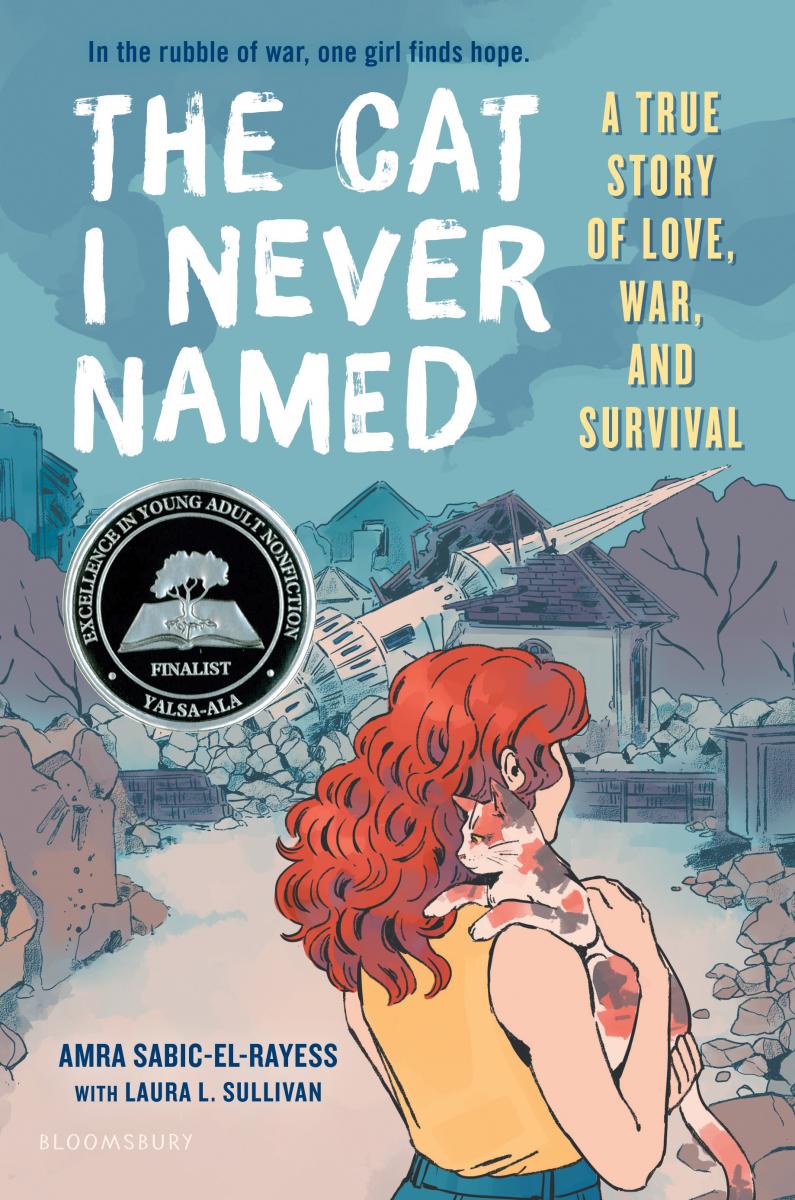 The Cat I Never Named: A True Story of Love, War, and Survival, written by Amra Sabic-El-Rayess with Laura L. Sullivan and published by Bloomsbury YA. 9781547604531
In 1992 Amra's life is forever changed when Serbian troops seize her hometown of Bihać, Bosnia. Her family and other Muslims face hate, violence, and unimaginable horrors of war.  A enlightening memoir of a Muslim teen trying to survive through the Bosnian genocide and the stray cat that protected her family throughout all her ordeals. 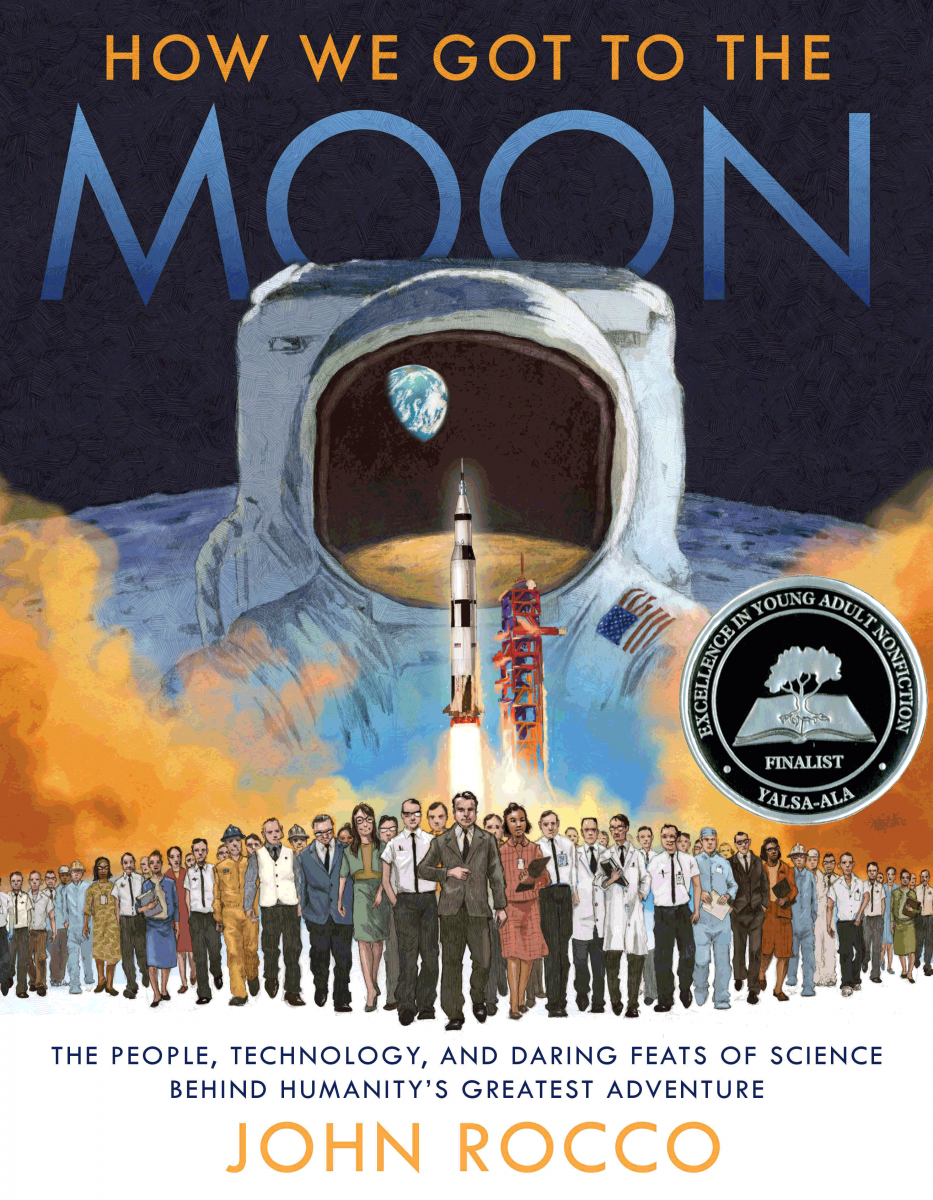 How We Got to the Moon: The People, Technology, and Daring Feats of Science Behind Humanity's Greatest Adventure, written and illustrated by John Rocco and published by  Crown Books for Young Readers, an imprint of Random House Children’s Books, a division of Penguin Random House. 9780525647416
This extensively researched and illustrated account demonstrates the magnitude of ingenuity and creativity involved in the years' long effort to reach the moon. John Rocco's exquisite illustrations and diagrams pair perfectly with his clear text to illuminate "the grit, determination, and hard work to achieve the goal - also the problem-solving, the organization, the science, and the sheer cleverness of it all." 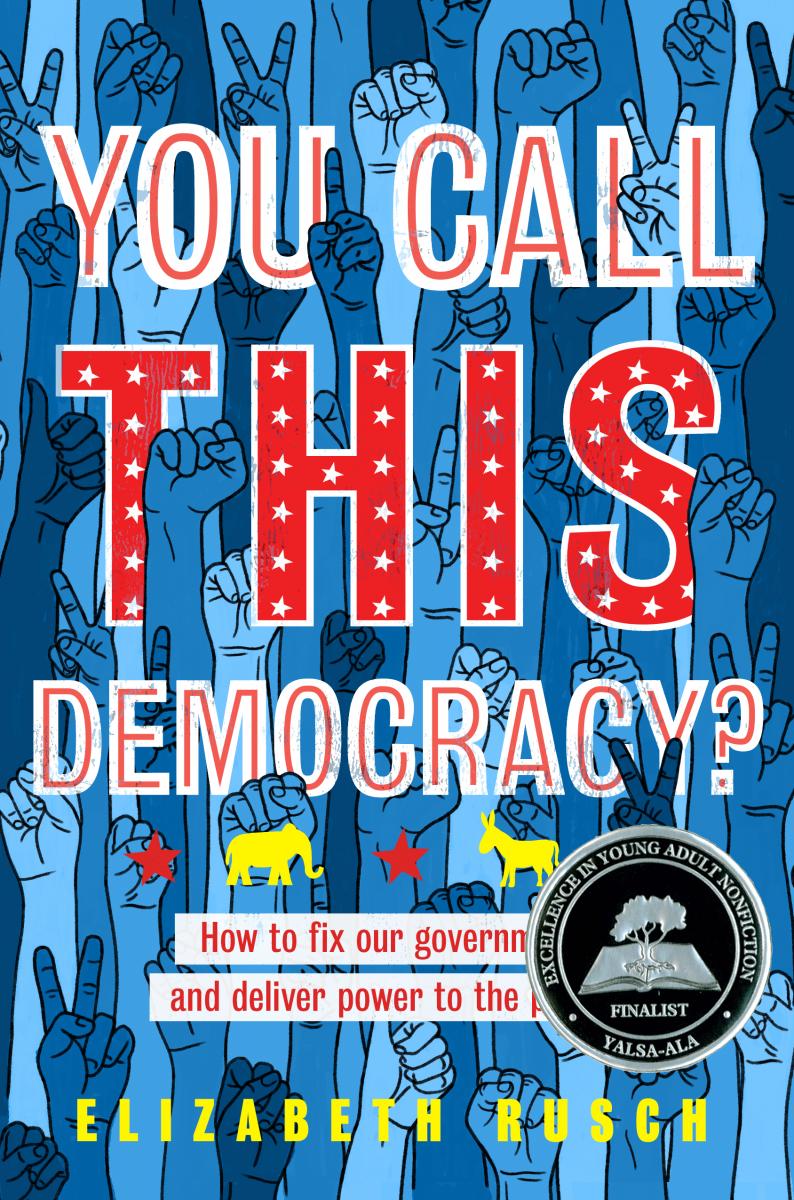 You Call This Democracy?: How to Fix Our Democracy and Deliver Power to the People, written by Elizabeth Rusch and published by Houghton Mifflin Harcourt Books for Young Readers, a division of  Houghton Mifflin Harcourt. 9780358387428
From gerrymandering and the electoral college to voter suppression and unequal representation, Elizbeth Rusch breaks down some of the most important problems facing our country's representative democracy. This nonpartisan guide to civic engagement offers ample suggestions for how teens can become involved in political reform.