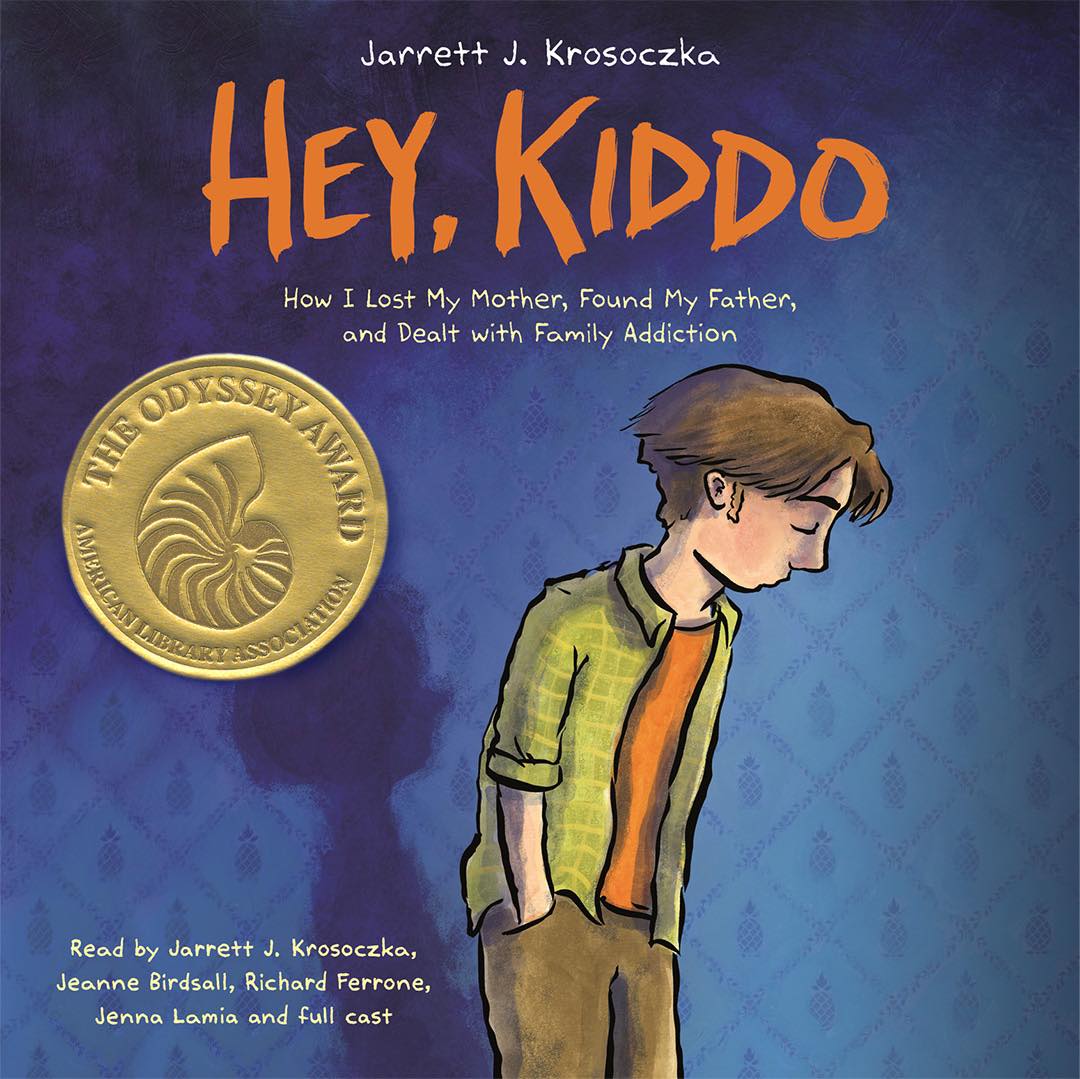 Hey, Kiddo: How I Lost My Mother, Found My Father, and Dealt with Family Addiction written by Jarrett J. Krosoczka and narrated by Jarrett J. Krosoczka, Jeanne Birdsall, Jenna Lamia, Richard Ferrone and a full cast. In a deeply personal production, Jarrett J. Krosoczka—with a full cast including his friends and family—adapts his graphic memoir. Every carefully crafted element, from the strike of a match to the gruffly expressed love of his grandparents, creates a robust, unforgettable audio experience.

“The creative team behind ‘Hey, Kiddo’ has crafted a production that shines, demonstrating the potential in transforming a graphic novel for the audiobook world,” said Odyssey Award Committee Chair Sharon Haupt. 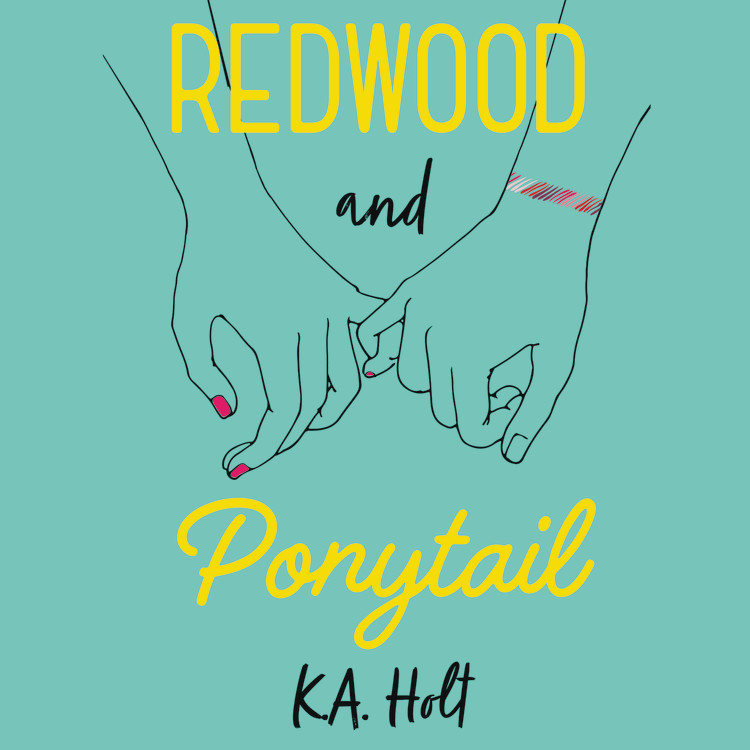 Redwood and Ponytail written by K.A. Holt, narrated by Tess Netting and Cassandra Morris and produced by Hachette Audio.

Two voices, two girls, and two perspectives, combine to powerful effect in this novel in verse about middle school, first love and self-discovery. Through dynamic and expressive performances, Morris and Netting, supported by a Greek chorus of classmates, capture the yearning, confusion, and intensity found within the hearts of two girls. 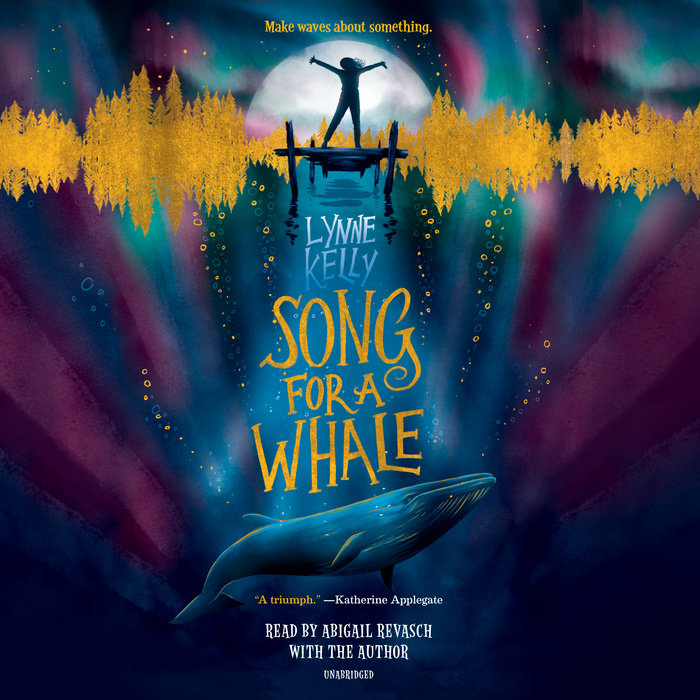 Song for a Whale written by Lynne Kelly, read by Abigail Revasch with the author and produced by Listening Library, an imprint of the Penguin Random House Audio Publishing Group.

Revasch’s narration honors the linguistic beauty of American Sign Language by emulating the experience of listening to a person who is simultaneously speaking and signing. On this journey fraught with frustrations and surprising joys, the desire to belong plunges Iris and Blue 55 on an insightful mission of communication. 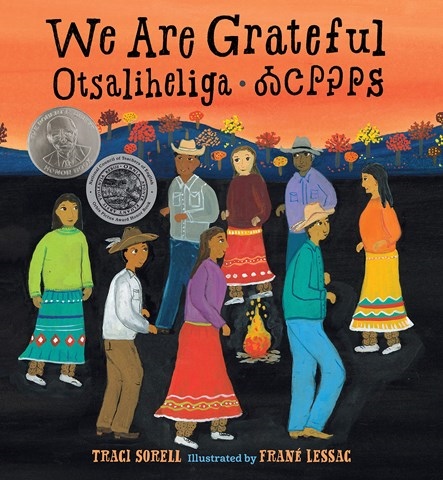 Take a journey through the four seasons. Narrated by a carefully chosen cast from the Cherokee community, this dynamic production utilizes music and sound effects to create an audio landscape that delivers a rich family-focused introduction to contemporary Cherokee language, culture and customs. 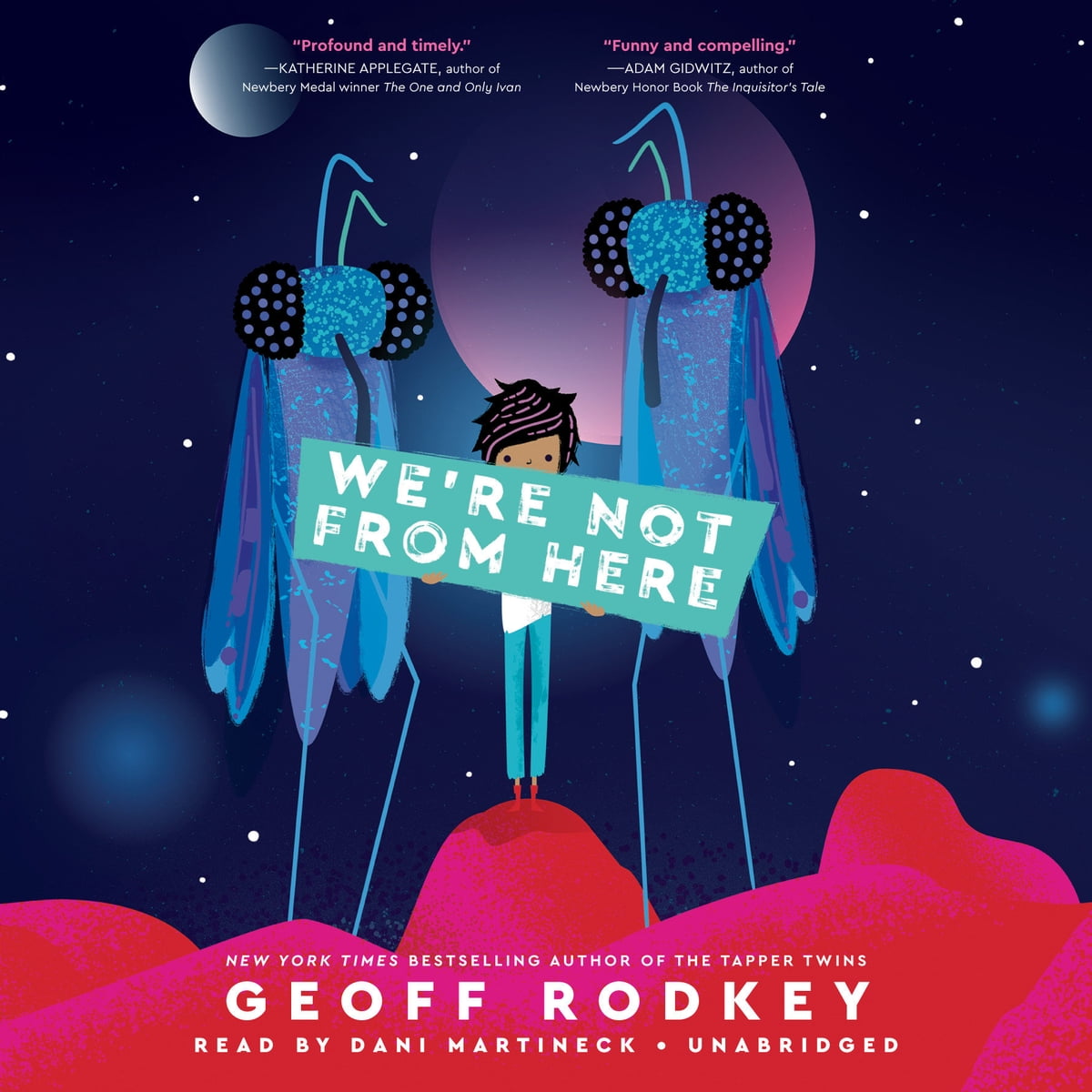 We’re Not from Here written by Geoff Rodkey, narrated by Dani Martineck and produced by Listening Library, an imprint of the Penguin Random House Audio Publishing Group.