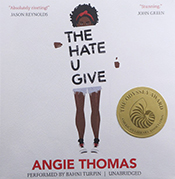 The Hate U Give, produced by HarperAudio, written by Angie Thomas, and narrated by Bahni Turpin

The Hate U Give follows 16 year-old Starr Carter as she grapples with the effects of systemic racism and the murder of her friend Khalil. Bahni Turpin’s narration immerses listeners in this powerful story compelling them to question, understand, and empathize.

This is a fantastic tale of a young boy named Malcom and his daemon, who live a simple life until the day Malcolm discovers a secret message. Blending a haunting and literary story with the deep, rhythmic voice of Michael Sheen, this audiobook is a mesmerizing and vivid tale. 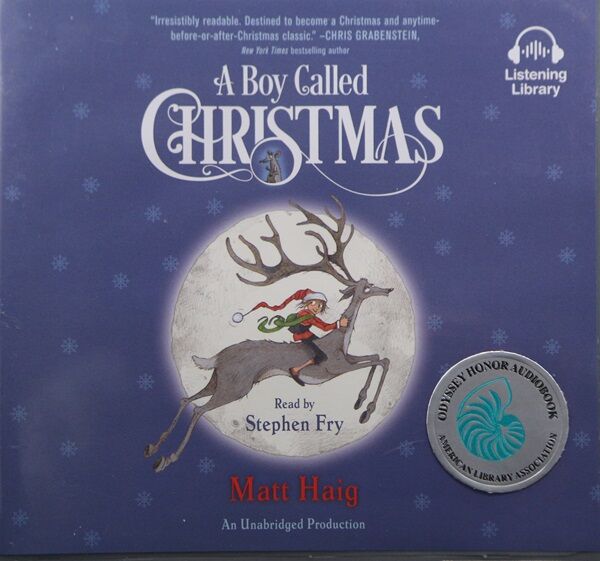 A Boy Called Christmas is a whimsical and charming origin story of Father Christmas. Stephen Fry’s narration of the story adds a delightful dimension to this adventurous tale. Fry’s reading is pitch perfect, deadpan in the quirkiest of times, and beautifully paced. 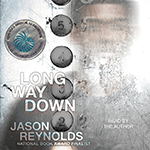 Long Way Down is the story of a haunting 60-second elevator ride that changes the life of 15-year-old Will as he encounters people from his past. Jason Reynolds reads his riveting free verse novel with authority, authenticity, and emotion.

A luminous performance from Dion Graham animates Trombone Shorty, capturing the joy and wonder of young Troy Andrews discovering his love for and talents with music. The soundbed that plays throughout gives the listener the added experience of hearing the ambiance of New Orleans and Trombone Shorty’s music. 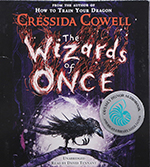 The Wizards of Once, produced by Hachette Audio, written by Cressida Cowell, and narrated by David Tennant

A wizard, a warrior princess, and a forbidden magical object come together in this rip-roaring adventure. David Tennant transports listeners to a faraway land with his clearly unique voices, along with sound effects and songs.