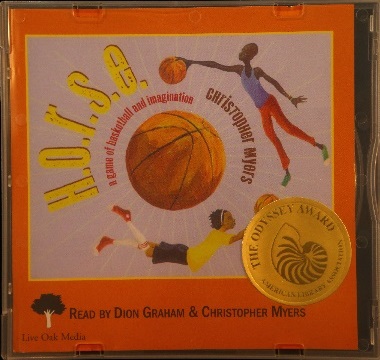 H.O.R.S.E. A Game of Basketball and Imagination was written by Christopher Myers and narrated by Dion Graham and Christopher Myers and produced by Live Oak Media.  Two boasting kids try to outdo each other during a pick-up game with increasingly imaginative and absurd plays. Outstanding sound effects -- from hoop swishes to horse whinnies -- take this production to great heights. Graham's and Myers’ playful banter over a funky beat make this a slam dunk production. 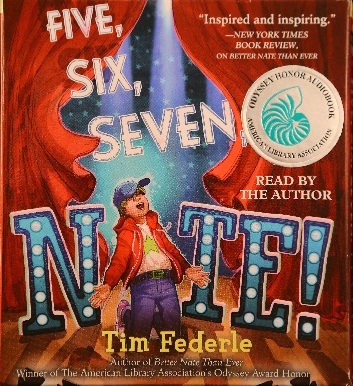 “Five, Six, Seven, Nate!” was written by Tim Federle, narrated by the author and produced by Simon & Schuster Audio. Nate Foster, the musical theater-loving teen is back, cast in the Broadway production “E.T.: The Musical!”  However, a multitude of unforeseen disasters threaten to thwart his dreams of shining in the spotlight. A standing ovation for Federle’s pitch perfect narration capturing the humor and poignancy of Nate's dramatic journey. 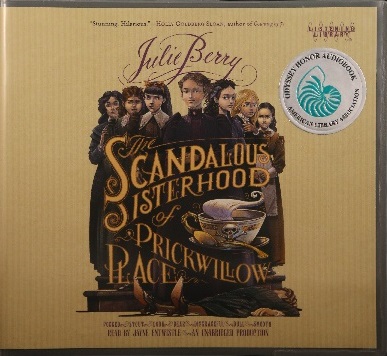 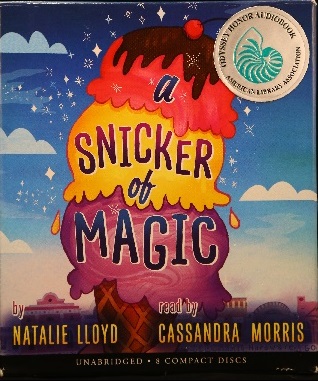 “A Snicker of Magic” was written by Natalie Lloyd, narrated by Cassandra Morris and produced by Scholastic Audiobooks. The once magical town of Midnight Gulch is cursed. Felicity Pickle, a natural born poet who literally sees words everywhere, rallies the townsfolk to bring the magic back. Morris positively glows as Felicity, enveloping listeners in the spindiddly magic of language, music, family, and ice cream.