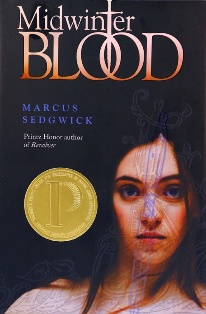 Doomed love circles back through the centuries in a series of seven intricately plotted, interlocking stories set on a mysterious, isolated island. Forgetting and remembering, blessed and cursed, modern and ancient, these dualities brilliantly infuse the novel’s lush landscape.

Impeccably researched and darkly disturbing, this complex literary tale reveals the sordid side of palace life in a 16th century Scandinavian kingdom where the royal family, the Lunedies, is cursed by a mysterious illness, and political machinations cast doubt on who will rule.

In Sally Gardner’s explosively original dystopian novel, Standish Treadwell and his grandfather show quiet defiance in the face of the oppressive, merciless Motherland. The cleverly parallel illustrations highlight a story as offbeat and perceptive as Standish and his mismatched eyes.

Jack Baker, uprooted suddenly after his mother’s death, and Early Auden, the strangest of boys, meet at a Maine boarding school. Their friendship culminates in a treacherous quest and unexpected self-discovery. Vanderpool delivers an emotionally powerful novel in an untamed setting as the boys head up river in search of the Great Appalachian Bear. The award, first given in 2000, is named for the late Michael L. Printz, a Topeka, Kan., school librarian known for discovering and promoting quality books for young adults.