2013 YALSA Award for Excellence in Nonfiction for Young Adults 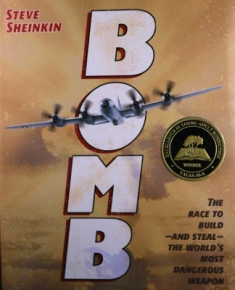 Bomb: The Race to Build - and Steal- the World's Most Dangerous Weapon, written by Steve Sheinkin and published by Flash Point/Roaring Brook Press, an imprint of Macmillan Children’s Publishing Group.

In this suspenseful combination of science and history, Sheinkin masterfully exposes the international race to develop an atomic weapon and bring an end to World War II.  This true-life spy thriller features an international cast of characters and will keep readers on the edge of their seats.  Period photographs of key players and an abundance of primary sources bring this well-researched story to life.  Sheinkin gives readers insight into what happened with all of the major players after the end of the war.  A thought-provoking epilogue on the long term implications of atomic weaponry reminds readers that the results of scientific inquiry have long term implications for everyone.

“In readability, documentation and presentation, Bomb exemplifies the highest quality in nonfiction for young adults, and it as suspenseful as an international spy thriller,” said YALSA Nonfiction Award Chair Angela Frederick. 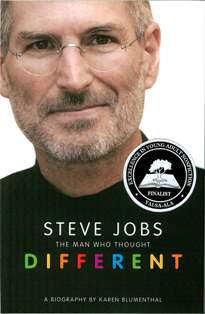 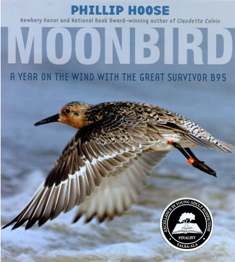 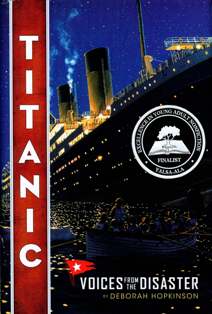 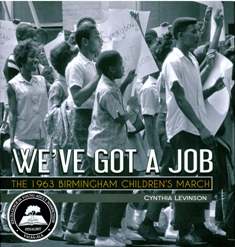 Steve Jobs: The Man Who Thought Different, a biography by Karen Blumenthal and published by Feiwel & Friends, an imprint of Macmillan Children’s Publishing Group.

Equally reviled and revered--often by the same people--Steve Jobs, the man who operated from his own "reality distortion field," was an extraordinary "tweaker" who transcended the visionary to perfect the simple and transform the world as we know it. Skillfully crafted and meticulously researched, Blumenthal’s accessible biography presents an intimate and fully dimensional portrait of a complex American icon and the multiple trajectories of influence on our technological paradigms that define his enduring legacy.

Moonbird: A Year on the Wind with the Great Survivor B95, written by Phillip Hoose published by Farrar Straus Giroux, an imprint of Macmillan children’s Publishing Group.

Moonbird is a fascinating look at the life of rufa red knots in general and B95, one long-lived and tough little bird in particular, and the worldwide efforts to understand and save this subspecies of bird from extinction.  Through maps, photos, and descriptions of his journey, the reader will fly with B95 from near the bottom of the world to the top and back again.

Titanic: Voices from the Disaster, written by Deborah Hopkinson, published by Scholastic Press, an imprint of Scholastic.

This moving, exciting history of the 1912 disaster reads like an action movie with cliffhangers at the end of each chapter.  The additional material, ranging from the only surviving photos of the inside of the boat during its journey to diagrams and timelines to accounts of what happened to the survivors afterwards, is exhaustive and meticulously researched.  Readers will find themselves hoping that this time, the boat *doesn't* sink.

We've Got a Job: The 1963 Birmingham Children's March, written by Cynthia Levinson and published by Peachtree Publishers.

Focusing on the experiences of four young people who were at the center of a pivotal moment in the American civil rights movement, this is the story of 4,000 black children and teenagers who voluntarily went to jail between May 2 and May 11, 1963.  In the end, the children succeeded where adults had failed, and one of the most racially violent cities in America was desegregated.

YALSA will host a reception honoring the finalist authors and the winner, as well as YALSA’s Morris Award winner and finalists, at a free reception, 10:30 a.m. to noon on Jan. 28 in room 606 of the Washington State Convention Center. The official 2013 nominations will be announced after the Midwinter Meeting.