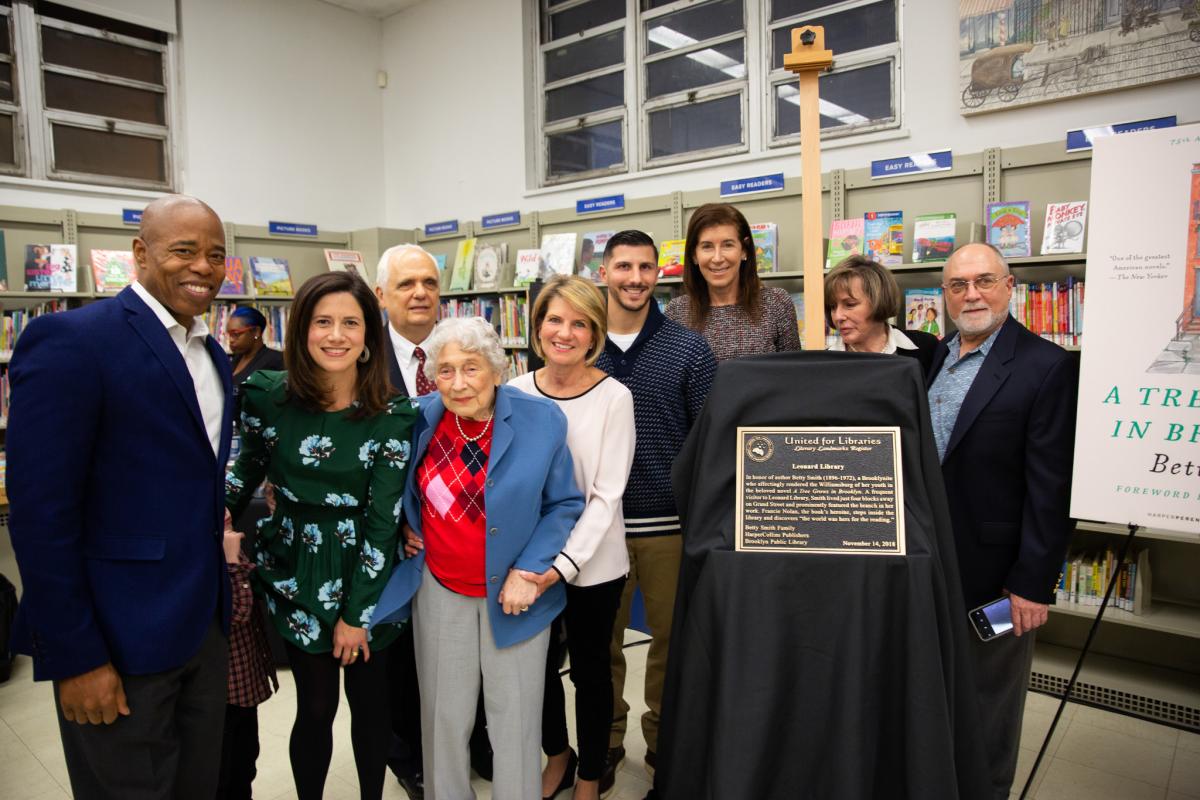 The Leonard branch of Brooklyn Public Library (BPL) was officially designated as a Literary Landmark Wednesday November 14, 2018 in honor of the 75th anniversary of Betty Smith's iconic novel A Tree Grows in Brooklyn (1943). Smith was a frequent visitor to the Library as a child growing up in Williamsburg. Like the author, Francie, the novel’s heroine, visits Leonard Library where she discovers “the world was hers for the reading.”

A Literary Landmark plaque was dedicated and unveiled during the celebration, with the family of author Betty Smith in attendance. “I wish my mother were here; she would be so pleased and honored,” said Nancy Smith Pfeiffer, the daughter of Betty Smith. “This year we are celebrating the 75th anniversary of the first printing of A Tree Grows in Brooklyn. It is fitting that a plaque taking note of her achievements be installed in the library where it all began. It is here that my mother discovered her love of book 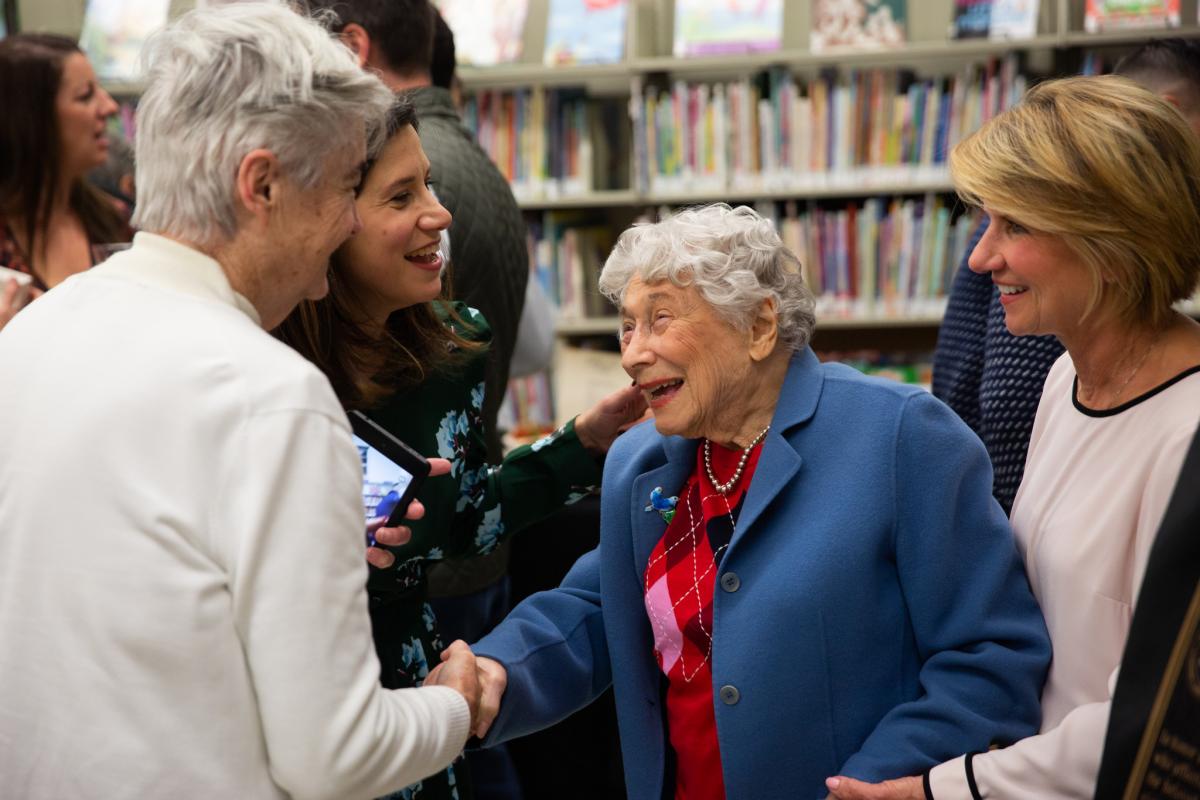 s and reading. I can almost hear that young girl, known as Elizabeth Wehner in those early days, saying 'When I grow up I will have a library of my own like this and in it will be all the books that I have loved in my lifetime.  It will be beautiful and smell of paper and ink, and it will be quiet so the people can read and think great thoughts.' I am glad that libraries like the Leonard Library continue to nourish the love of books and reading.”

“It is a privilege to designate Leonard Library as a national Literary Landmark in honor of Betty Smith,” said Beth Nawalinski, Executive Director, United for Libraries. "A Tree Grows in Brooklyn is cherished by so many readers, and adding this library to our nation’s Literary Landmarks is the perfect tribute to both the book and its author.”

"HarperCollins is honored to be partnering with the Brooklyn Public Library on the 75th Anniversary celebration of A Tree Grows in Brooklyn. Since 1943, this extraordinary novel and its spirited heroine, Francie Nolan, have enchanted and inspired millions of readers, and there’s no more fitting location than the Leonard Library—a place beloved by both Francie and Betty Smith—to mark this special occasion,” said Jennifer Civiletto, Senior Publishing Manager, HarperCollins Publishers, who oversaw the 75th anniversary edition.