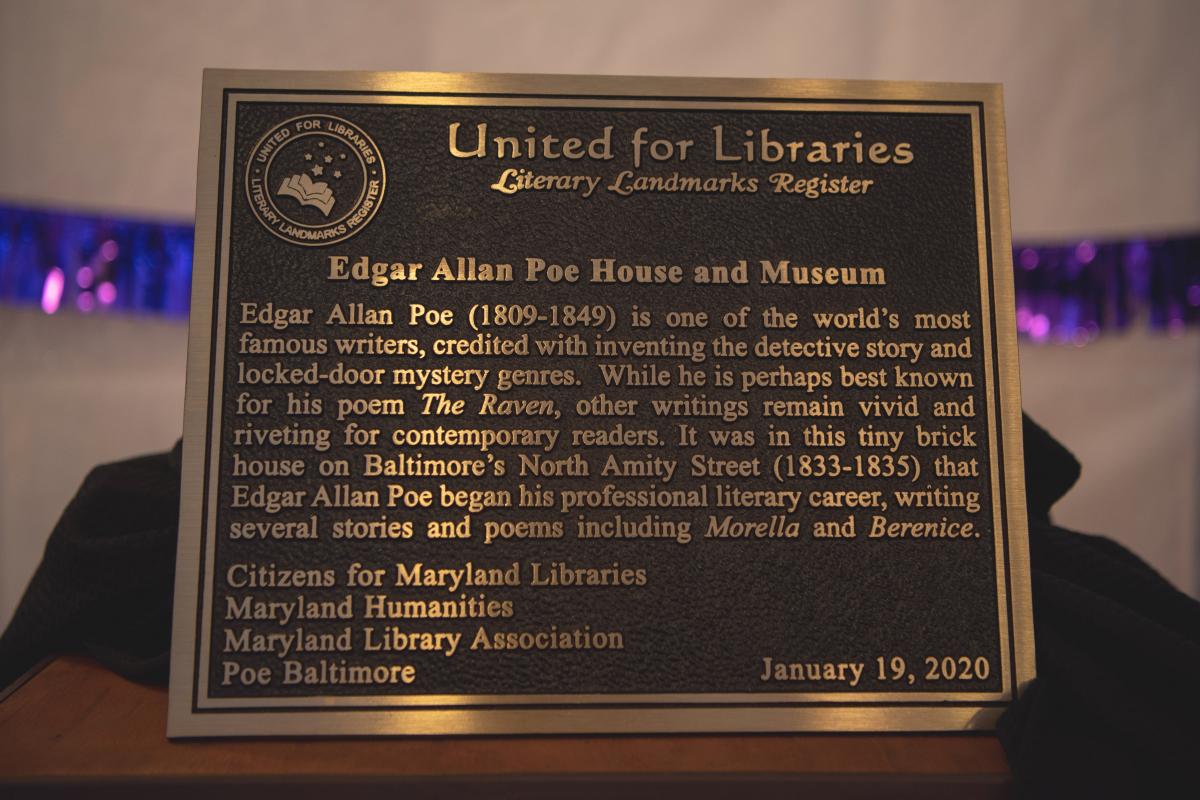 The Edgar Allan Poe House & Museum, located at 203 N. Amity Street, was designated a Literary Landmark Sunday January 19, 2020. The dedication ceremony commenced in honor of the author and poet’s 211th birthday. Edgar Allan Poe (1809-1849), best known for his gothic tales and poetry, is also credited with inventing the detective story.

The Edgar Allan Poe House was established as a museum in 1949 and designated a National Historic Landmark in 1971. It is the last remaining home in Baltimore where the author lived (from 1832 to 1835), and it was there Poe wrote some of his early stories; tales and poems written at 203 N. Amity Street include MS Found in a Bottle, Berenice, Morella, and The Coliseum.

The ceremony took place in a heated tent across the street from the Poe House, where guests were seated to listen to remarks from speakers. Each guest received a free coffee mug featuring pictures of Edgar Allan Poe upon entering. Speakers incuded Enrica 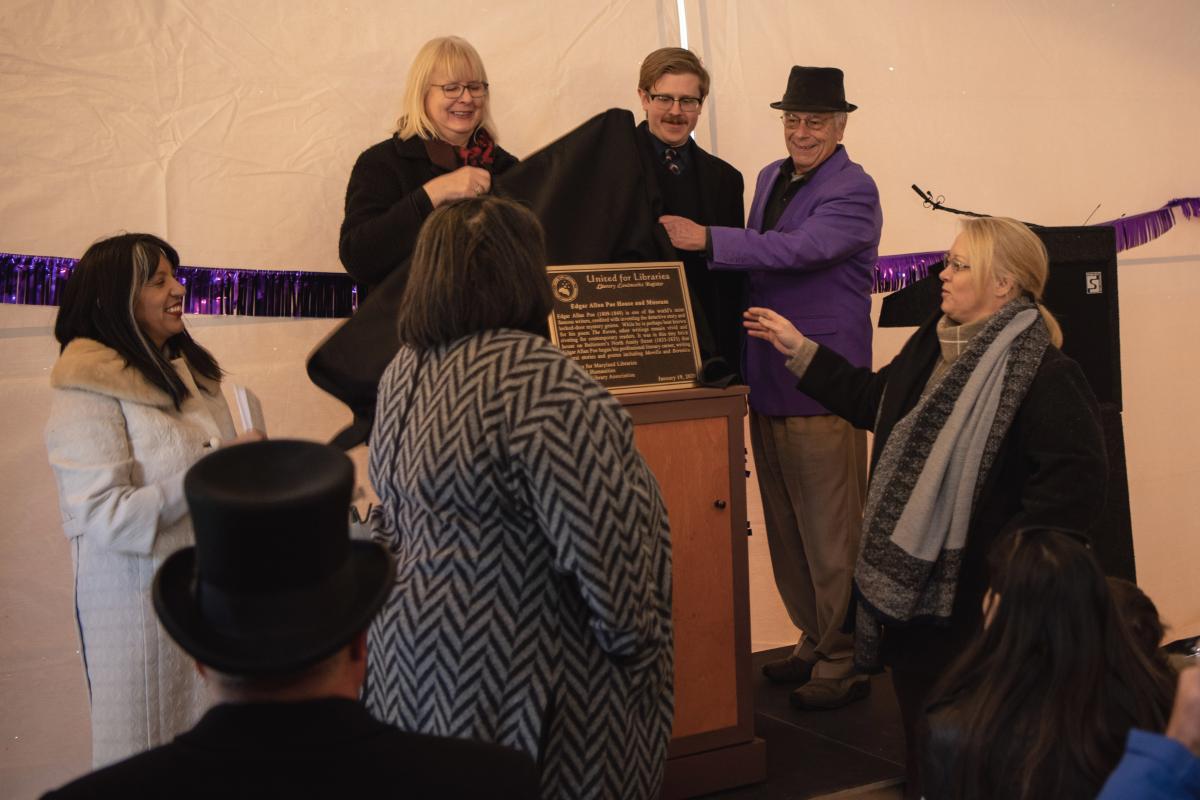 Following remarks, all speakers in attendance unveiled the plaque. Cake and hot chocolate were served to the guests. The Edgar Allan Poe House & Museum is the first Literary Landmark established in Maryland.