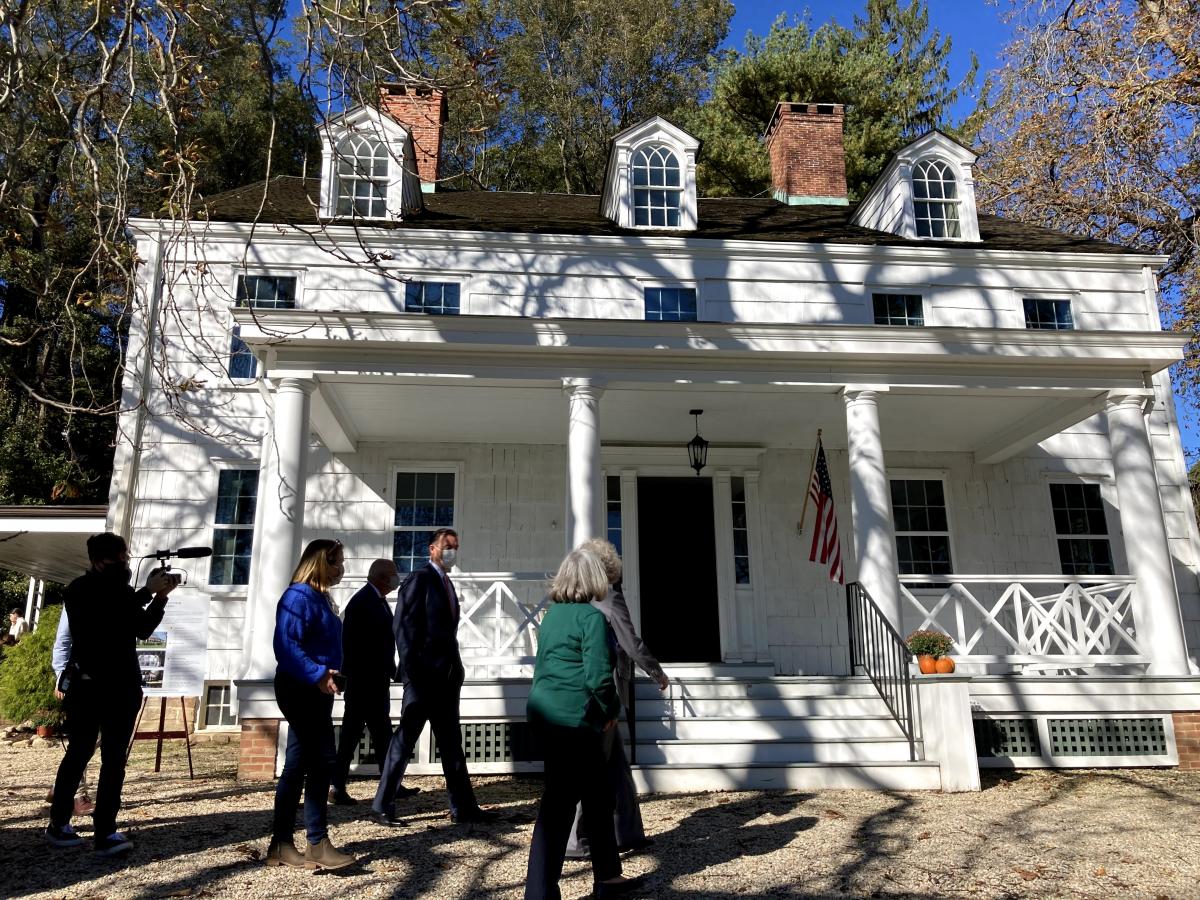 Jupiter Hammon (1711—c. 1806), lived as an enslaved man at Lloyd Manor. Hammon’s known works include at least six poems and three essays published during his lifetime. At Joseph Lloyd Manor in 1786, he penned “An Address to the Negroes of the State of New-York” and “An Essay on Slavery.”

The celebration marked the first virtual Literary Landmark dedication. As part of the program, writer and performer Malik Work recited An Aria of Pain, his poetic reflection on the agonies of the Middle Passage. Joye Brown, columnist and assistant editor at Newsday, reminded attendees of Jupiter Hammon’s humanity.

Rocco Staino, United for Libraries Board member and Director of the Empire State Center for the Book, and Congressman Thomas Souzzi, Third Congressional District of New York, joined community leaders in dedicating the thirty-eighth United for Libraries Literary Landmark in New York State.