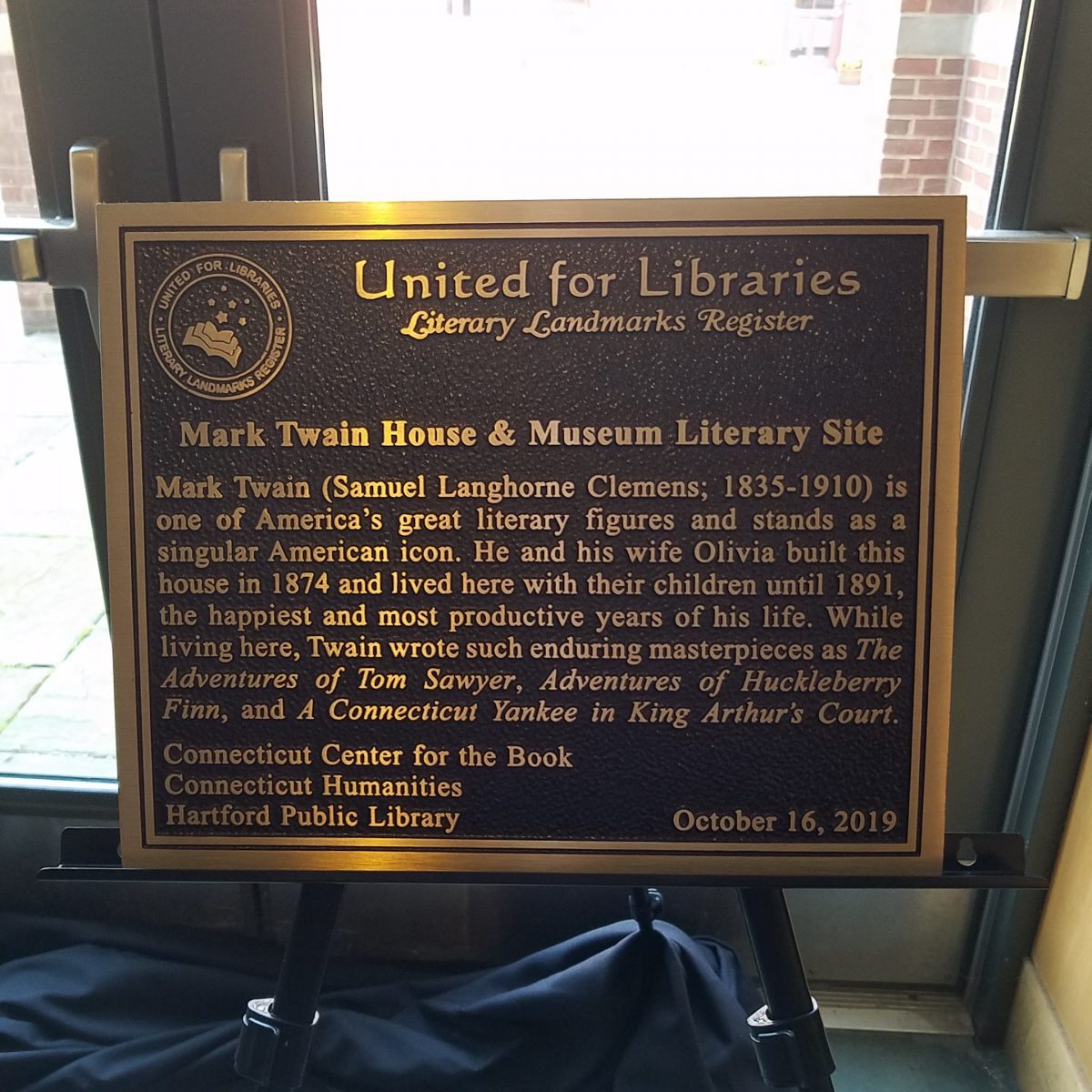 Mark Twain (born Samuel L. Clemens, 1835-1910) was a writer, journalist, and lecturer known for Adventures of Huckleberry Finn as well as his social commentary and criticism of American society and imperialism. He and his family moved to Hartford, Connecticut in 1871, where he wrote his most famous works and formed his own publishing company, the Charles L. Webster Company.

The Mark Twain House & Museum strives to foster an appreciation of the legacy of Mark Twain as one of the nation’s defining cultural figures and to demonstrate the continuing relevance of his work, life, and times.

The ceremony took place at the Mark Twain Visitor Center at 351 Farmington Ave., Hartford, Conn. Doors opened at 8 a.m., and coffee and pastries were served. At 8:30, the plaque unveiling occurred and brief remarks followed.