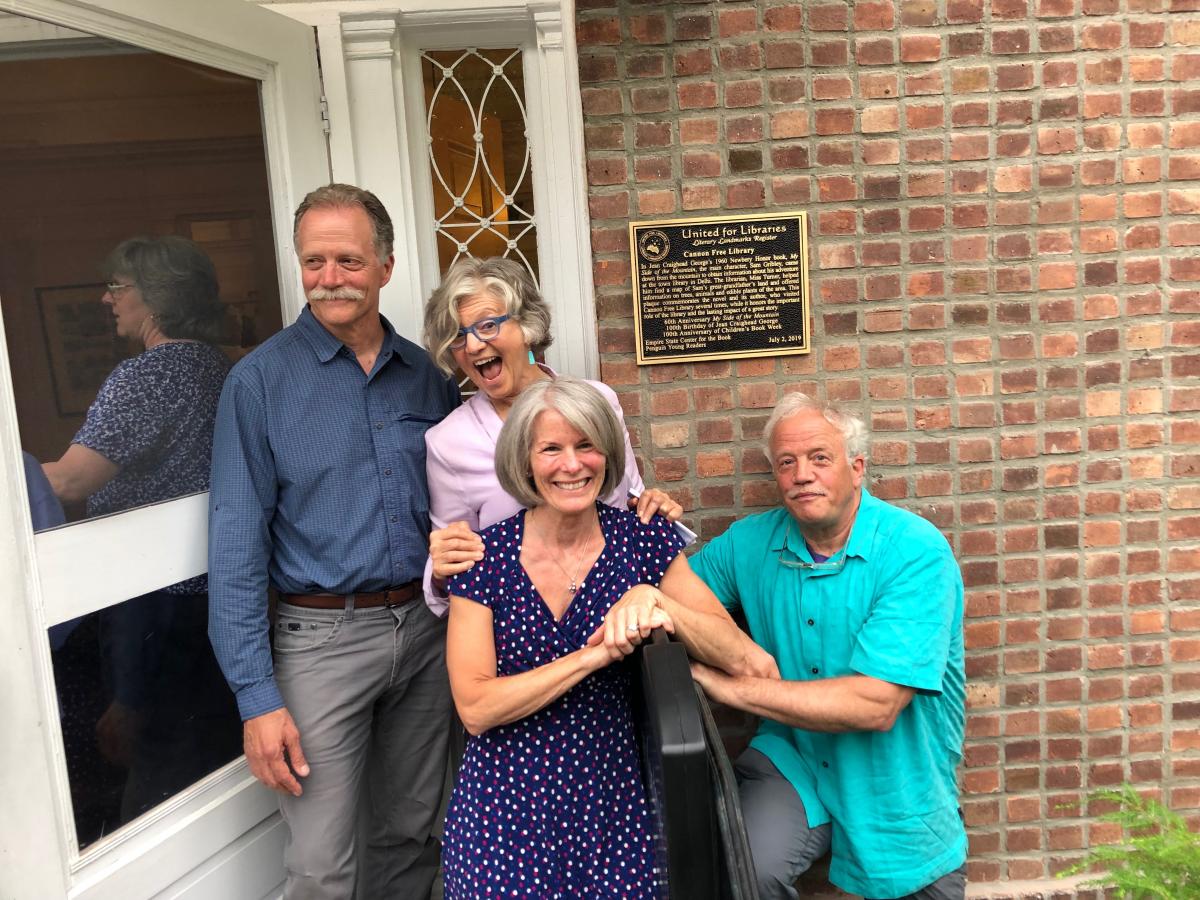 On July 2nd, 2019, Cannon Free Library was designated a Literary Landmark in honor of children’s author Jean Craighead George (1919-2012). George has written over one hundred books for children and young adults, often centered on themes of nature and wildlife preservation. Among her most famous works are Newbery Medal-winner Julie of the Wolves and Newbery runner-up, My Side of the Mountain.

In attendance of the children’s program were George’s three children, Twig, Craig, and Luke. Twig shared a story their childhood pet owl, who inspired George’s book There’s An Owl In the Shower. The children sang happy birthday to George, took the children outside to unveil the literary landmark plaque and had cupcakes to celebrate. 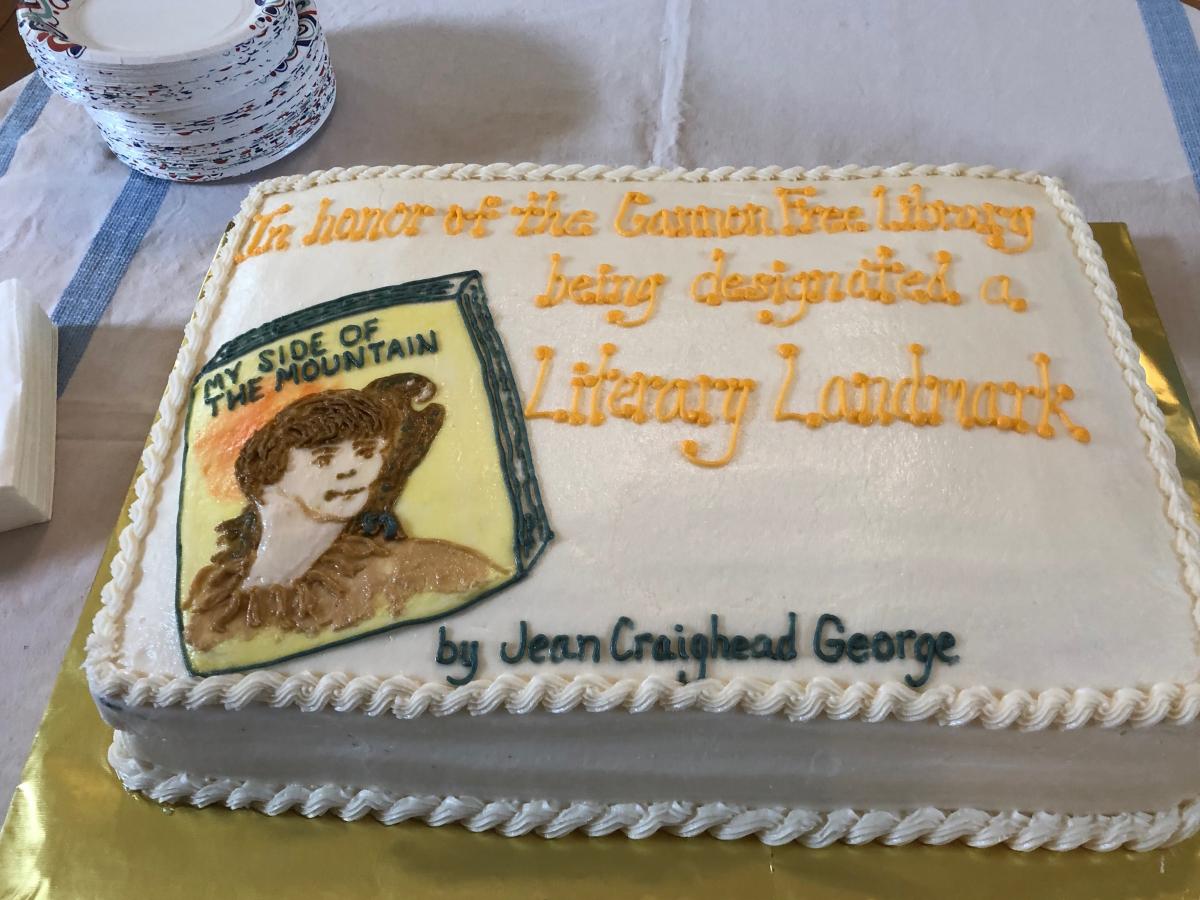 The dedication ceremony and reception was held in the evening. Speakers included Susan Frisbee, Director of Cannon Free Library; Mary Pelletier, Youth Services Librarian; Rocco Staino, United for Libraries board member and Empire State Center for the Book; Leslie Berliant from New York State Senator Jen Metzger's office, who recognized the dedication event and presented a copy of the Senator’s proclamation; and Ira McIntosh, musician and storyteller, who shared anecdotes of his encounters with the author.