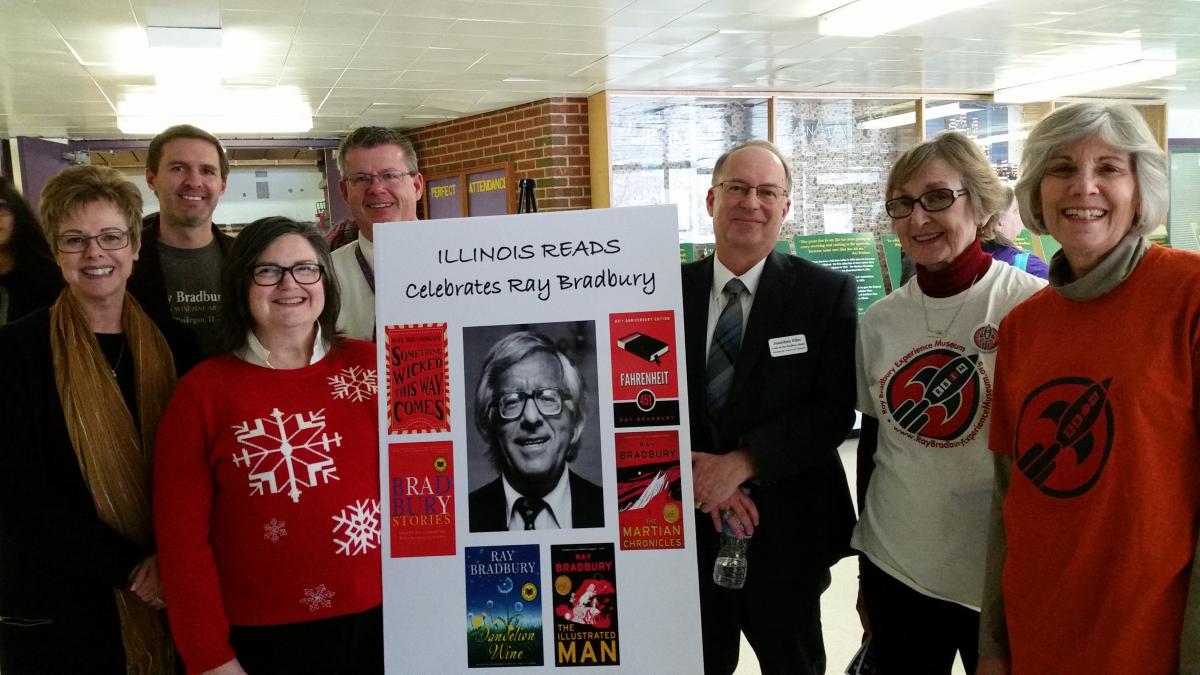 Ray Bradbury (1920-2012) was born and raised in Waukegan, Illinois before his family moved to Los Angeles in 1934. He was a prolific author best known for his work in the science fiction genre. He is the recipient of several awards, including the National Medal of Arts (2004), a Pulitzer Prize Special Citation (2007), and a Daytime Emmy Award for Outstanding Writing in an Animated Program for his screenwriting work on The Halloween Tree (1994). Ray Bradbury Park, located in Bradbury’s “Green Town” neighborhood, played a major part of his childhood Waukegan upbringing and was referenced in his works Dandelion Wine, Something Wicked This Way Comes, and Farewell Summer.

The dedication ceremony took place as part the 2019 Illinois Reads Book Festival, which honored Bradbury by welcoming 22 Illinois authors and illustrators to the Waukegan High School Brookside Campus. The authors participated in the festival with book signings and author sessions. Several interactive Bradbury-themed vendors, activity stations, and a Fahrenheit 451 production presented by Waukegan High School students made up the afternoon. 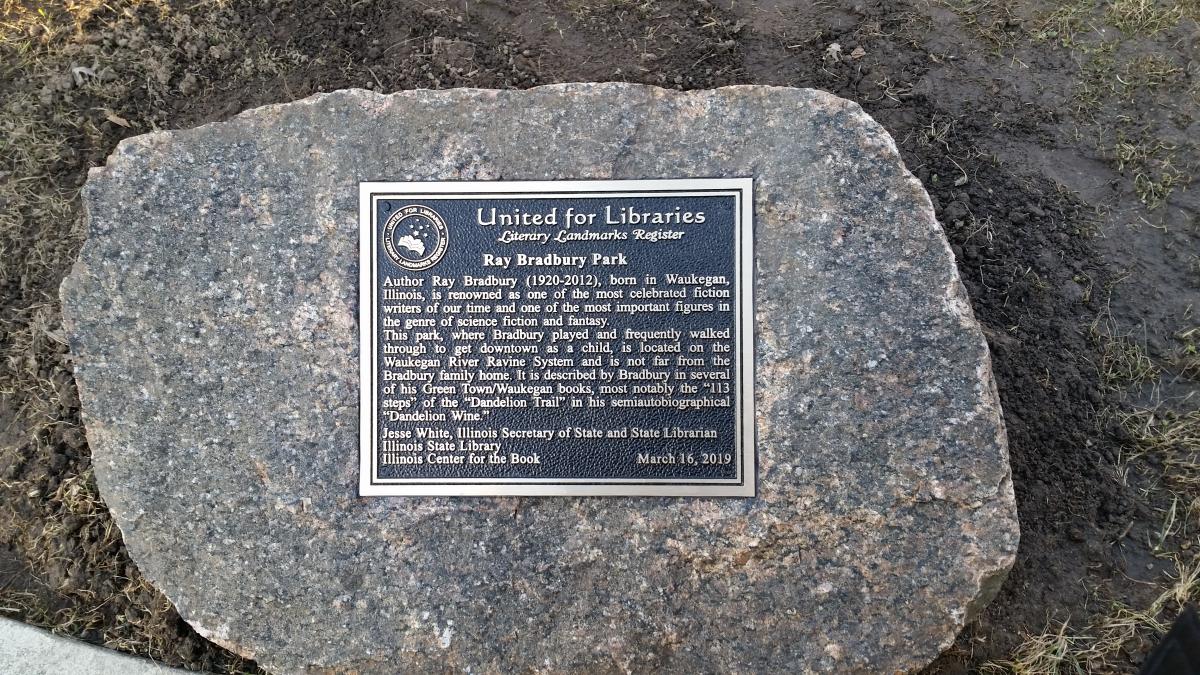 During the ceremony, Waukegan High School students put on a special performance of Bradbury’s short play The Whole Town’s Sleeping, and the Literary Landmark plaque was unveiled.

In addition to United for Libraries, partners in the ceremony and festival included Ty Rohrer, Tammy Potts of Illinois Reads, Terry McHugh of Illinois Reads and Waukegan High School, the Ray Bradbury Experience Museum, and Bonnie Matheis of the Illinois Center for the Book.

Ray Bradbury Park is the first Literary Landmark established in Lake County and the eighth in the state of Illinois.

Illinois Center for the Book

Footage of the ceremony courtesy of Waukegan Park District