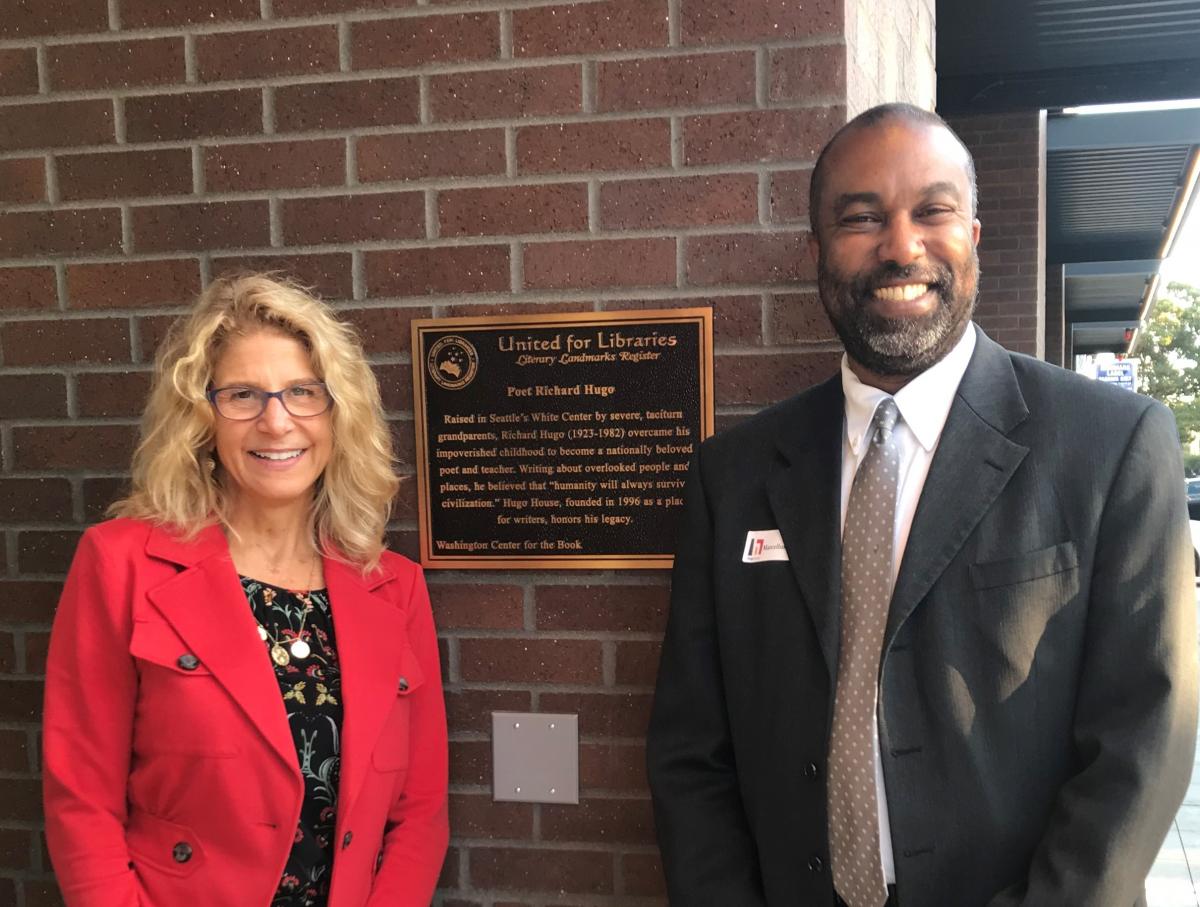 United for Libraries, in partnership with the Washington Center for the Book, has designated the first official Literary Landmark in the state of Washington to honor poet Richard Hugo (1923-1982). The Literary Landmark plaque has been installed outside the front doors of the new Hugo House, a writing center for emerging and established writers, at 1634 Eleventh Avenue on Seattle’s Capitol Hill.

Marcellus Turner, chief librarian at The Seattle Public Library and United for Libraries board member, along with Cindy Aden, director of the Washington State Library, unveiled the Literary Landmark on September 17, 2018.

“Hugo House has been at the center of the writing community in Seattle for decades and plays a pivotal role in our literary heritage,” said Turner.  “It is fitting that we honor the profound richness of Richard Hugo’s work and the vibrant writing center named for him with this Literary Landmark.”

The Washington Center for the Book is a partnership of The Seattle Public Library and Washington State Library. Coordinators Nono Burling and Linda Johns researched authors who have contributed to the literary landscape of the state and selected Hugo as the first to be honored. They worked with Hugo House staff and friends of the poet for the official plaque, which reads:

Raised in Seattle’s White Center by severe, taciturn
grandparents, Richard Hugo (1923-1982) overcame his
impoverished childhood to become a nationally beloved
poet and teacher. Writing about overlooked people and
places, he believed that “humanity will always survive
civilization.” Hugo House, founded in 1996 as a place
for writers, honors his legacy.

The new apartment building that is now a literary landmark