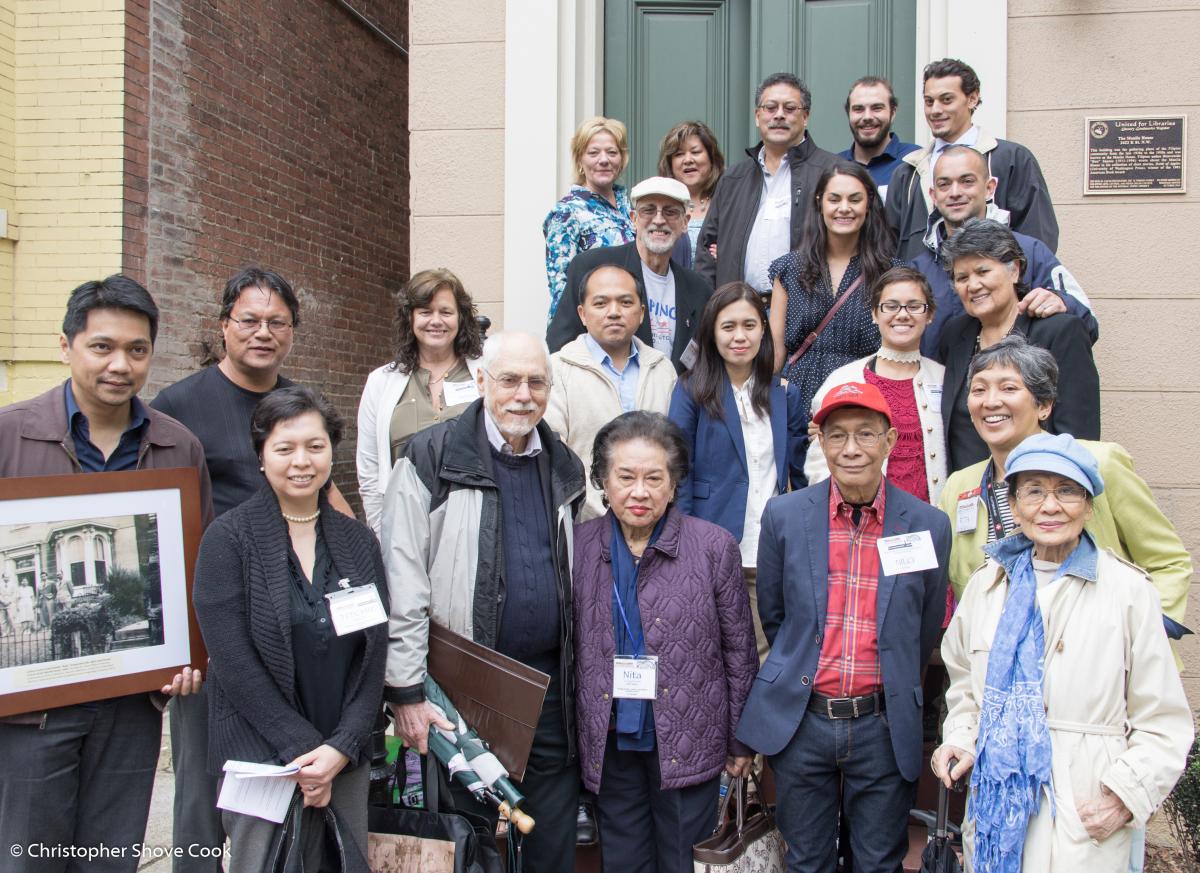 The Manila House, which was a gathering place of the Washington, D.C.- area Filipino community from the 1930s to the 1950s, was designated a Literary Landmark. Filipino author Bienvenido (Ben) Santos, winner of the 1981 American Book Award, wrote about the Manila House in his collection of short stories, “Scent of Apples.” Santos is the first Filipino writer to be honored by the Literary Landmark program.

During the program, Philippine Arts, Letters and Media Council records were given to the University of Maryland Libraries to be included in its Filipino American Community Archives. The collection curator, Liz Novara, accepted the records. The dedicated building, also known as Carwithen House, now serves as the administrative offices of the St. Paul’s Episcopal Parish.

The Manila House is the fourth Literary Landmark to be designated in Washington D.C.

The Philippines on the Potomac Project