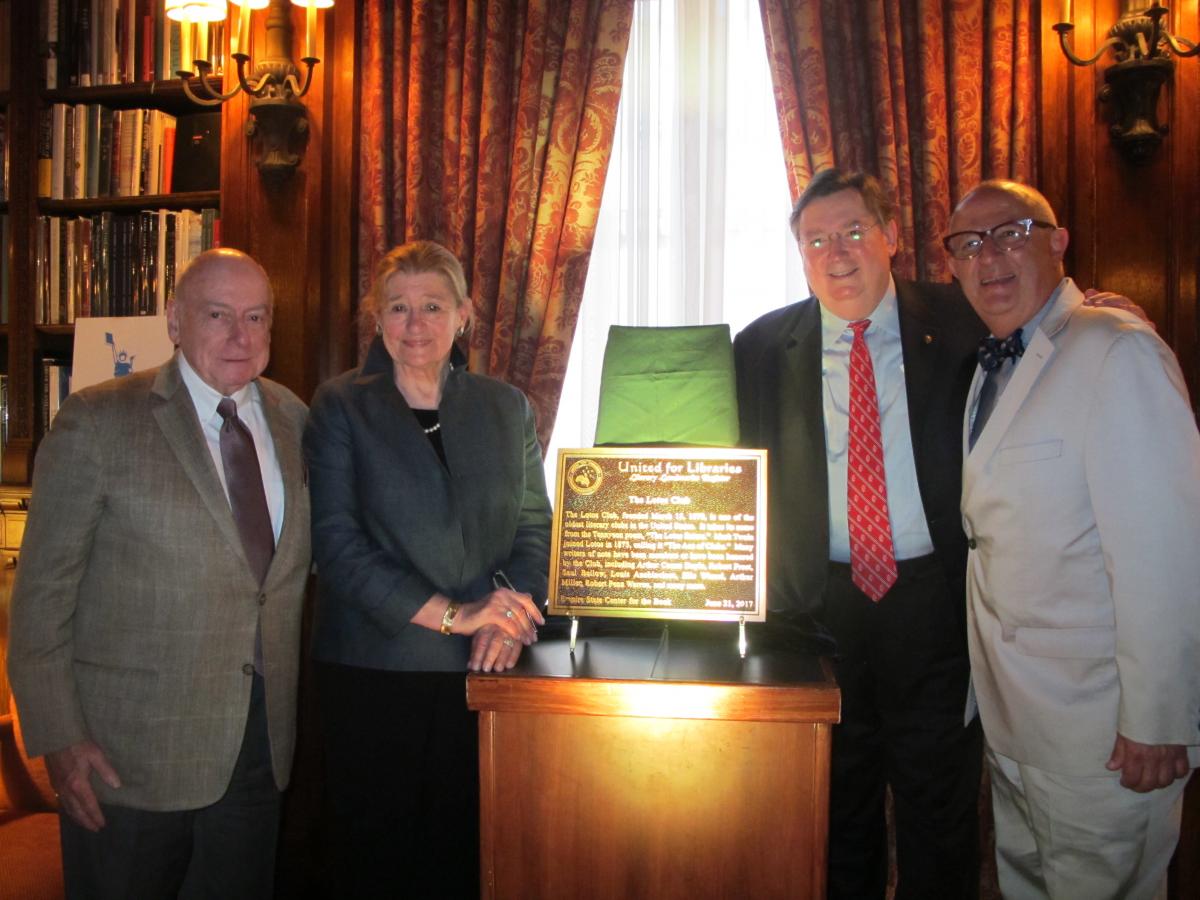 The Lotos Club in New York City was designated a Literary Landmark on Wednesday, June 21, 2017. The dedication took place at a reception at the Club from 6:30 until 8:00 p.m.

Founded March 15, 1870, The Lotos Club is one of the oldest literary clubs in the United States. Its name is taken from the Tennyson poem “The Lotos Eaters.” Many writers of note have been members or have been honored by the club, including Arthur Conan Doyle, Robert Frost, Saul Bellow, Louis Auchincloss, Elie Wiesel, Arthur Miller, Robert Penn Warren, and many more. Mark Twain joined Lotos shortly after it was founded in 1873.

Today, the Lotos Club continues to be a favorite of journalists, scholars, musicians, painters and sculptors, art collectors and enthusiasts, historians, novelists, and university heads. Highlights include its State Dinners that have honored heads of state, philanthropists, leading journalists, and artists, among others. The Club’s home since 1947 is a beautifully restored, five-story, French Renaissance mansion built in 1900 and designed by Richard Howland Hunt. The Lotos Club is located at Five East Sixty-Sixth Street just off Fifth Avenue.

United for Libraries to dedicate The Lotos Club a Literary Landmark