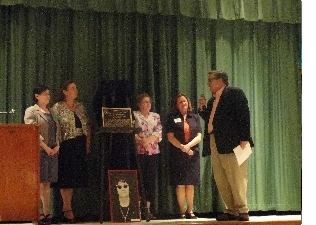 Born near Stroud, Wilma Elizabeth McDaniel lived in Lincoln and Creek counties until the effects of the Great Depression and Dust Bowl led her family to migrate to California in 1936. Her writing validated the migrant experience; she became known as the “Okie Poet” in the Central Valley of California and was named Tulare’s Bicentennial Poet and Poet Laureate. Throughout her life her Oklahoma roots remained strong, and she has many poems about her early life in Lincoln and Creek counties and love for Oklahoma.

The Stroud Public Library owns a collection of McDaniel’s books and papers.