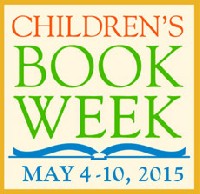 In celebration of Children’s Book Week (May 4-10, 2015) United for Libraries dedicated five Literary Landmarks™ celebrating children’s book authors. This program was spearheaded by Rocco Staino of the Empire State Center for the Book and was presented in conjunction with the Children’s Book Council.