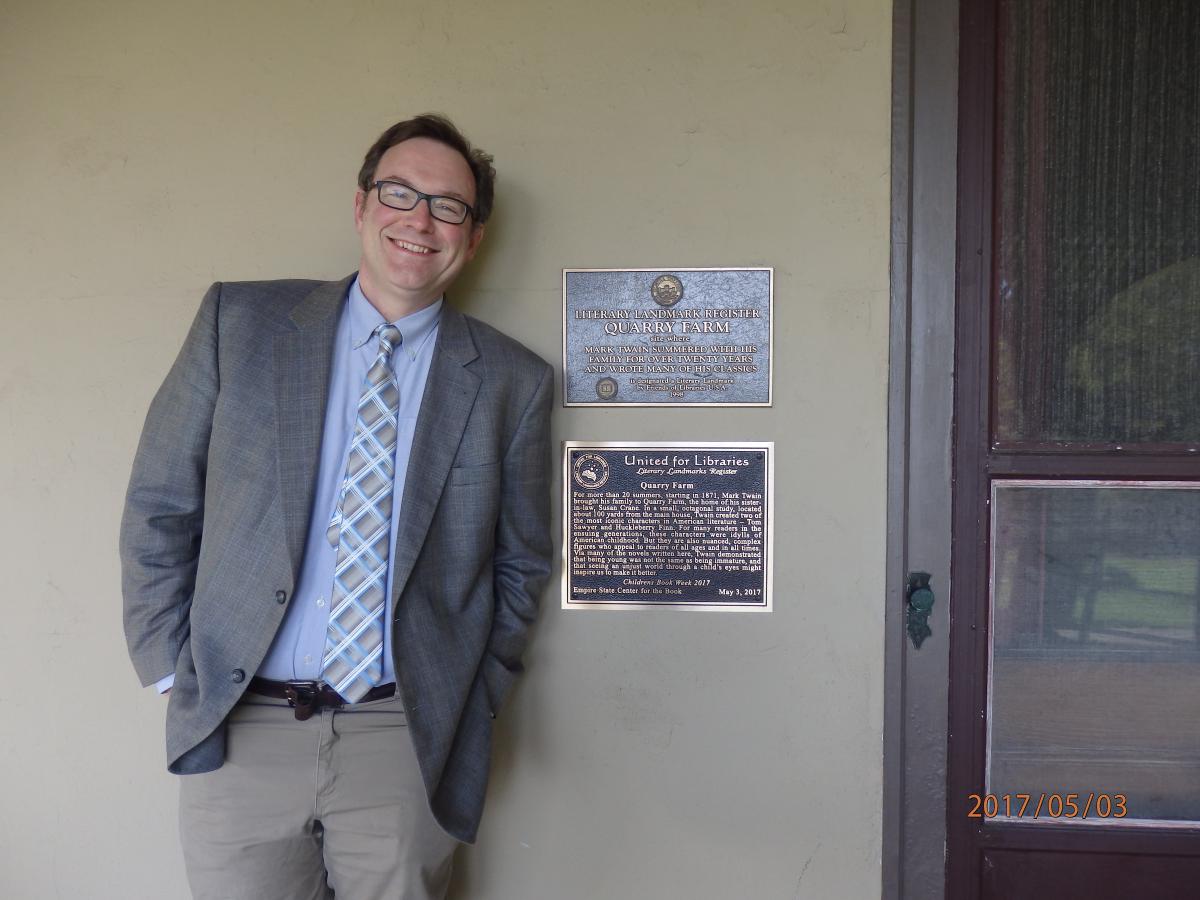 Quarry Farm in Elmira, New York was designated a Literary Landmark Wednesday, May 3rd, 2017 in honor of Mark Twain, the renowned American author, journalist, and lecturer.

Mark Twain (born Samuel L. Clemens, 1835-1910) was famously known for his novel Adventures of Huckleberry Finn as well as his social commentary and criticism of American society and imperialism. For more than 20 summers, starting in 1871, Mark Twain brought his family to Quarry Farm, home of his sister-in-law Susan Crane. In a study about 100 yards from the main house on the farm, Twain created the iconic characters Tom Sawyer and Huckleberry Finn. 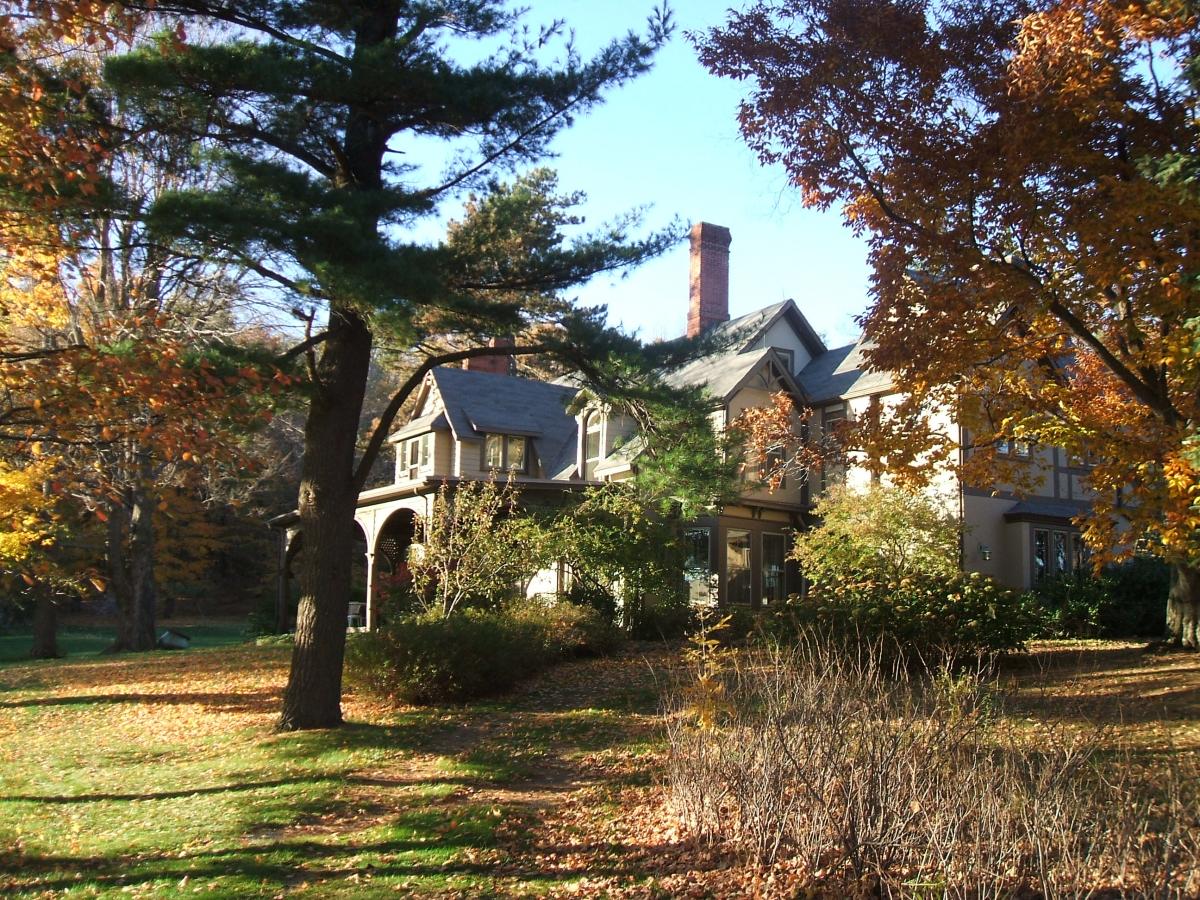 The dedication was held Wednesday, May 3 at Quarry Farm, Elmira College, Elmira, New York. The ceremony kicked off with a tour of the grounds at 5 p.m., followed by the Literary Landmark plaque dedication at 6 p.m. Light refreshments were served. At 7 p.m., a “Trouble Begins” lecture was held in The Barn.

This ceremony was a rededication of the 1997 Quarry Farm Literary Landmark in honor of Mark Twain. The previous Literary Landmark plaque was awarded by FOLUSA, the association that preceded United for Libraries.