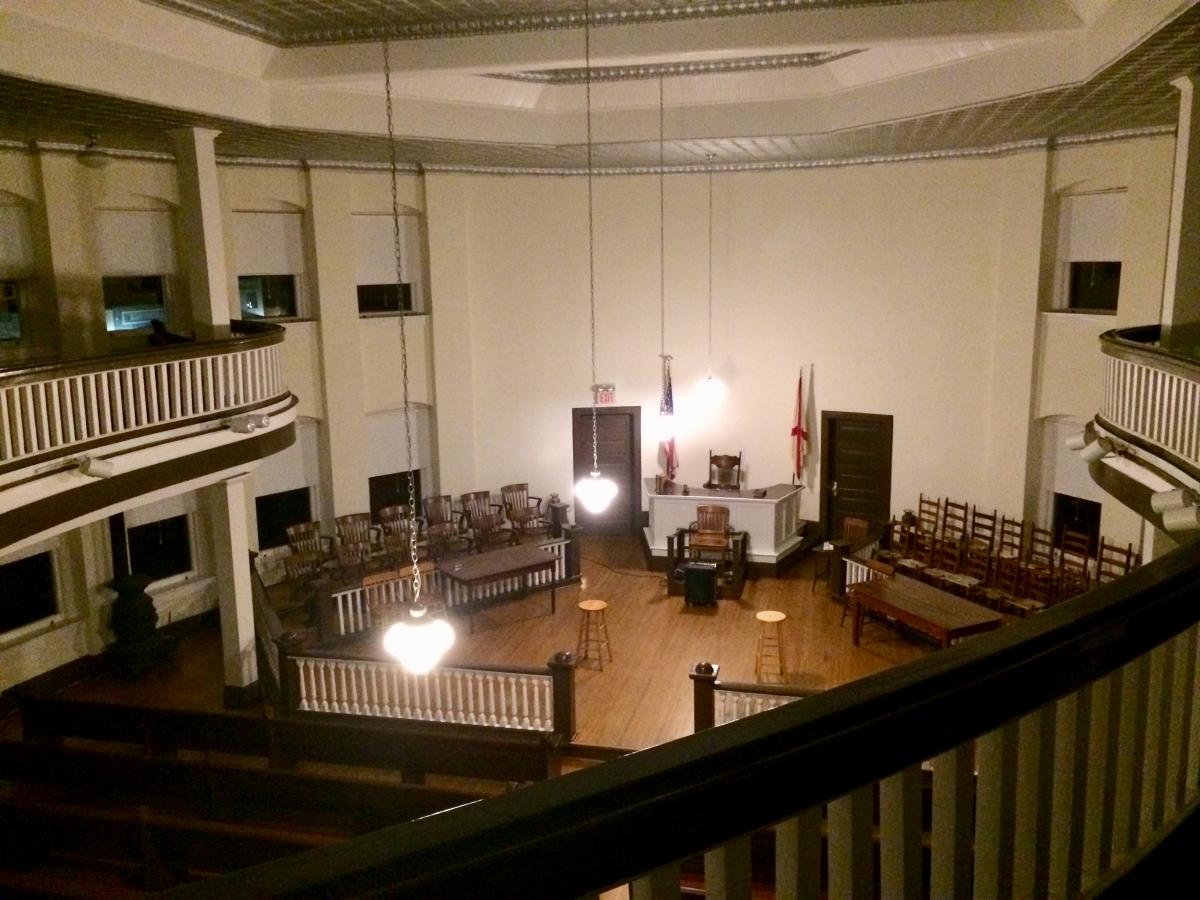 The Old Monroe County Courthouse was officially designated a Literary Landmark Friday November 14, 2018 in honor of author Truman Capote. Capote spent an ample period of his youth in the city of Monroeville.

Truman Capote (1924-1984), born Truman Streckfus Persons, was an author, screenwriter, playwright, and actor known for his novella Breakfast at Tiffany’s (1958) and his true crime novel In Cold Blood (1966). Originally based in New Orleans, his family moved often following his parents’ early divorce. At age four, Capote was sent to live with his mother’s relatives in the town of Monroeville, Alabama, upon which many of his stories and characters were based. Monroeville is also where he met his childhood friend Harper Lee, author of To Kill A Mockingbird. Lee’s character Dill was later revealed to have been based on Capote.

It was in the courtroom of the Old Monroe County Courthouse (now the Monroe County Museum) that young Capote and Harper Lee would listen in on trials. The courthouse was featured in Capote’s short story A Christmas Memory. The story was adapted for television in 1967, narrated by Capote himself and awarded two Emmys. A musical, an opera, and a live recording on NPR were also adapted from the short story. Collectively, Truman Capote’s works have been adapted into over twenty films and television shows. 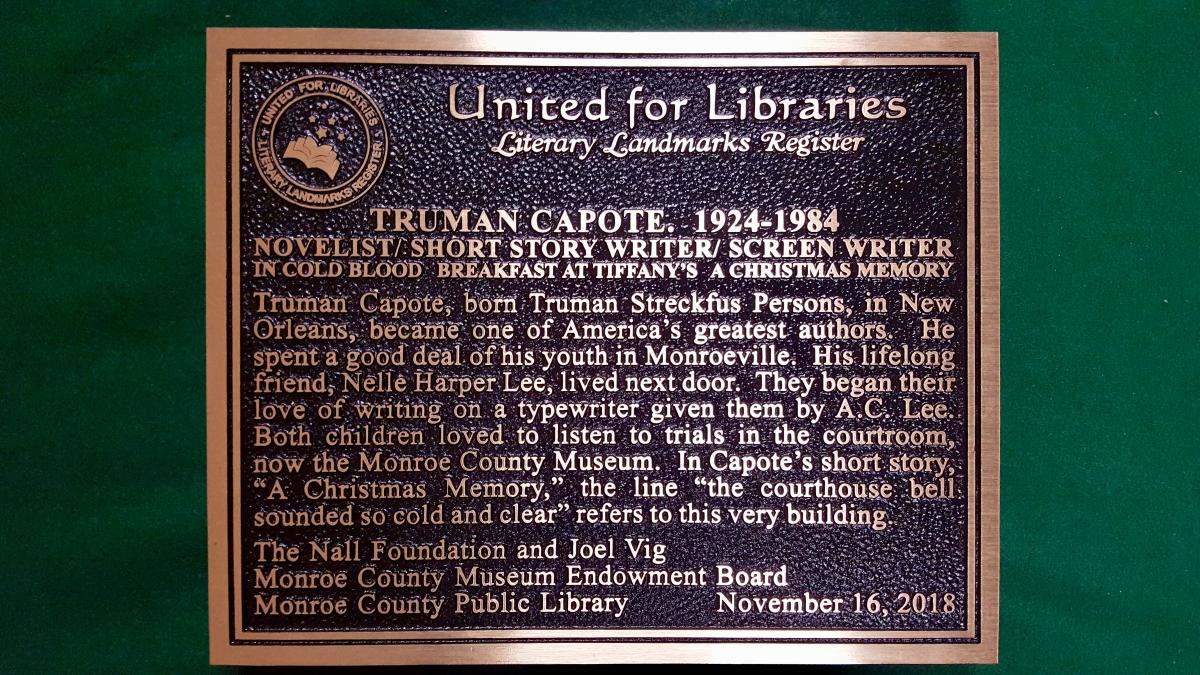 Fruitcake Festival, also inspired by A Christmas Memory. The festival featured a one-woman performance of A Christmas Memory by Dolores Hydock, as well as fruitcake tasting. Handmade specialty fruitcakes, some made to represent characters or scenes from the book, were sold on Friday and Saturday at the museum. Proceeds from the event benefited the Monroe County Museum, where the lives of Harper Lee and Truman Capote are honored with memorabilia and exhibits.

This Alabama town has an Intriguing connection to fruitcake