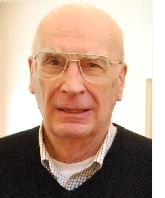 Richard J. Ryan has served as a Trustee of the Barrington (Ill.) Library for a total of 33 years. He served as board treasurer from 1974 to 1980, and board president for 25 years, from 1985 to 2010. He is currently fulfilling a six-year term that ends in 2015. Even before Ryan was elected to the board in 1974, he served on the Barrington Area Development Council’s ad hoc library committee, and acted as co-chair of the library coordinating committee for publicity. In 1991, the library broke ground on a 31,000-square-foot additional and renovation project for the library he’d help to build in 1978. The board is again studying population projections to plan for possible expansion. “[Ryan] has loved this library and been an active part of decisions that have made this library what it is,” said Executive Director Detlev Pansch. “He has always had the best interests of the community at heart.” 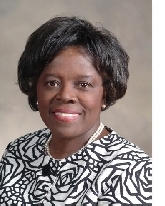 Gwendolyn B. Guster Welch is president of the Birmingham (Ala.) Public Library Board of Trustees, and she serves as Trustee at Large on the United for Libraries board. Welch has served as board president for three out of her nine years on the board, and has also served as vice president and parliamentarian, and has chaired every committee at some point during her tenure. Welch served as a school media specialist from 1975 to 1996, and has also volunteered at Birmingham Public Libraries. She created a “Board Buddies” program, in which new Trustees were paired with experienced library board members. She serves as a mentor to the newly-appointed president of the local Bessemer Public Library Board of Trustees. Welch nominated one of the 10 winners (out of 1,700 nominees) of the I Love My Librarian Award, Saundra Ross Forrest of Birmingham Public Library. “When [Welch] was growing up, a teacher made a huge difference in her life by showing her a new world through books,” said Birmingham Public Library board member Gwendolyn Amamoo. “Today, she’s doing the same thing for others. She wants to show library visitors that their imagination is the only limit to their dreams, because at the library, anything is possible.”