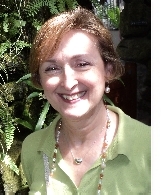 This year’s ALA Annual Con­ference theme, “Transforming Libraries, Trans­forming Our­selves,” lived up to its name. It certainly trans­formed me, as the proud recipi­ent of the 2012 ALTAFF (now United for Libraries)/ Gale Outstanding Trustee Conference Grant. I concluded my first ALA An­nual Conference with a greater appre­ciation for all that libraries stand for, and the influence they have on patrons and our communities.

I arrived at the Anaheim Conven­tion Center, appreciating the warm sun, flowers, and landscaping along Katella Avenue. At first intimated by its size, I hesitated to walk into the exhibit hall. I tentatively looked around, and then forged into what at first seemed like a maze of displays, technology, and peo­ple. The smiles on the faces I encoun­tered, both exhibitors and attendees, welcomed me to explore further. As the hours passed the first day, meeting our division representatives and attend­ing sessions designed specifically for Trustees and advocates, I valued how fortunate I was to have received this exceptional opportunity.

I give a heartfelt thank you United for Libraries staff members Sally Gard­ner Reed, Beth Nawalinski, and Jillian Kalonick, as well as past president Peg­gy Danhof, for their warm reception upon my arrival and for guiding me through the overwhelming (in a good way) labyrinth of my first ALA Annual Conference.

I found the sessions to be informa­tive and presented with enthusiasm and professionalism. Participating in the division-sponsored sessions, such as Nuts & Bolts for Trustees, Friends and Foundations; ALTAFF in Action: Leadership Training at its Best; Trans­forming Libraries Through Frontline Advocacy; Intellectual Freedom and the Library Trustee, and several others, through Monday’s Gala Author Tea, filled the days with information and knowledge. I left the conference more confident in my role as a member of the Board of Trustees for the Skokie Public Library.

I was honored to be invited to eve­ning receptions, where I enjoyed the social atmosphere and met some terrific people. I became aware of the impor­tant relationship between libraries and the publishing industry. Attending the inaugural Andrew Carnegie Awards presentation for adult fiction and non-fiction books was especially notewor­thy because of its significance in the publishing world.

During the conference I noted some of my thoughts and observa­tions of the challenges librarians and libraries are facing now and in the near future:

I also made several positive obser­vations during the conference:

Lastly, I am grateful to United for Libraries for all the services they provide. At every United for Libraries (then ALTAFF) session, staff promoted the many services, resources, and orga­nizational tools available to Trustees, Advocates, Friends, and Foundations so that they may serve their libraries, patrons, and communities.