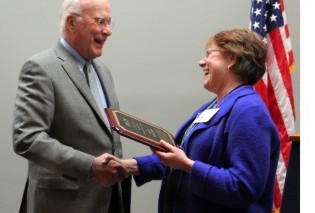 The bill would require the government to make disclosures about the intelligence surveillance it conducts and establish a process for declassifying opinions issued by the FISA (Foreign Intelligence Surveillance Act) court. Additionally, the law would end the bulk collection of phone and other business records by the government of U.S. citizens, allow telecommunications and Internet companies to make public the number of FISA orders and national security letters received and complied with and allow those receiving a national security letter to immediately challenge it in court.

The ALA’s  involvement in privacy policies stems from the library principle to protect patron confidentiality. “We waited for more than a decade for privacy reforms of this magnitude,” said ALA President Barbara Stripling. “The public deserves more transparency and accountability than what we’ve been seeing from the Obama Administration. The library community welcomes this bipartisan effort because it shows us that reasonable privacy expectations are possible.”

Leahy was elected to the United States Senate in 1974 and remains the only Democrat elected to this office from Vermont.  At 34, he was the youngest U.S. senator ever to be elected from that state. Leahy is the chairman of the Senate Judiciary Committee. He is the senior-most member of the Appropriations Committee and of the Agriculture Committee, and chairman of the Appropriations Subcommittee on State Department, Foreign Operations and Related Programs. He ranks first in seniority in the Senate and is the President Pro Tempore.