ALA and United for Libraries has named Alfred E. Martin, President of the State Library Board and 2018 treasurer of Washington County Free Library’s Board of Trustees, a 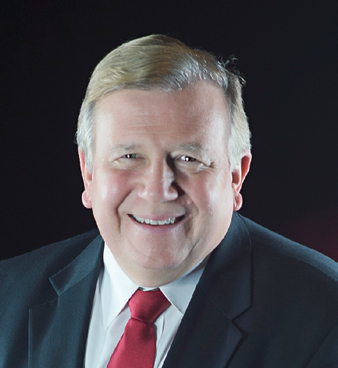 recipient of the ALA Trustee Citation.

The ALA Trustee Citation, estab­lished in 1941 to recognize public li­brary Trustees for distinguished service to library development, honors the best contributions and efforts of the esti­mated 60,000 American citizens who serve on library boards.

Al Martin joined the Washington County Free Library’s Board of Trustees as its treasurer in 2011, bringing with him both his credentials as a CPA and his over thirty-five years of government accounting experience.  While Martin has been a hard-working asset in promoting and fighting for library funding at a local level, it is his work at the state level that has benefited, not only his own library, but the entire public library community of Maryland.

Additionally, Martin worked to pass a state law establishing an independent State Library Board under the Public Education Laws of Maryland. Using his CPA and Government Accounting skills, he was able to do a forensic accounting analysis, using several years of the then-Division of Library and Information services’ budgets, to demonstrate to elected officials that DLDS (as it was known then) was being unfavorably handicapped by a higher percentage of budget cuts over several years than other divisions in its governing department.

Martin used this analysis in testifying successfully before the General Assembly, and in 2017, the Division became the State Library Agency overseen by the State Library Board whose members are now appointed by the Governor.

Al Martin, appointed by the Governor, became Maryland’s first President of the State Library Board, a position that he currently holds. In the 1 ½ years that the Maryland State Library Agency (MSLA) has been in existence, Martin has worked with State Librarian Irene Padilla to make MSLA a strong independent state agency, allowing Maryland’s Public Libraries to stand equally with K-12, Community Colleges and Academics in providing equality education for all Marylanders.

ALA President Loida Garcia-Febo presented the Trustee Citation award to Al Martin during the Opening General Session Friday, June 21 at the Annual Conference in Washington, D.C.

Back to ALA Trustee Citation