What Happened in Kansas City: Free Speech, Library Programs and the Law

On May 9, 2016, a patron at the Kansas City (Mo.) Public Library was arrested by off-duty police, at the direction of a library partner, for questioning the worldview of a speaker. When the library's Director of Programming & Marketing Steven Woolfolk tried to intervene, he, too, was arrested. As of November 2016, the city continued to seek the prosecution of both Woolfolk and the patron.

Libraries are places for discovery that extends beyond the shelves — to classes, public programs and civil discourse. What responsibility do we, as library professionals, have to ensure that the content of our programs adheres to the same standards as our collections? To what extent are we obligated to protect the free speech of our patrons as well as our authors?

Join Woolfolk and Deborah Caldwell-Stone, deputy director of ALA’s Office for Intellectual Freedom, for a discussion of free speech and its intersection with library programming and the law.

Attendees will learn more about their role, as library professionals, in protecting free speech.

This webinar is beneficial to everyone. 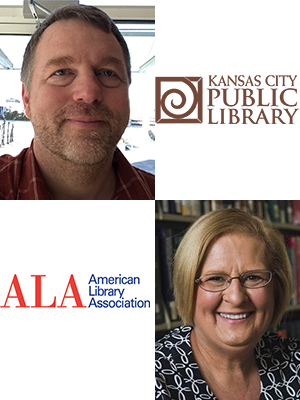 Steven Woolfolk is the director of programming & marketing at the Kansas City Public Library, where he has arranged and coordinated appearances by Supreme Court Justices Sandra Day O'Connor and Stephen Breyer, journalist Dan Rather and former U.S. Secretary of Labor Robert Reich. Before joining the library, he spent 15 years in the newspaper industry, running papers in Missouri and Louisiana.

Deborah Caldwell-Stone is deputy director of the American Library Association’s Office for Intellectual Freedom. An attorney by training, she now works closely with librarians, teachers and library trustees on a wide range of intellectual freedom issues, including book challenges, internet filtering, meeting room policies and the impact of new technologies on library users' privacy. Before she joined ALA in 2000, Caldwell-Stone practiced appellate law before state and federal courts in Chicago.

Programming Librarian is a place for library workers to share, learn and be inspired to present excellent programming.
Find out more

Looking for the newest grant and exhibition opportunities from ALA's Public Programs Office? Visit the Apply Now page to see the latest offerin...
Find out more