Let's Talk About It: Women's Suffrage: Project Scholars and Advisors 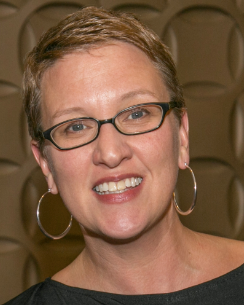 Melissa Bradshaw teaches writing, pedagogy, and literary and cultural studies at Loyola University Chicago. Her research focuses on the cultural rhetorics that inform our understanding of powerful public women. She has published extensively on the American poet Amy Lowell, co-editing a volume of her poems as well as a volume of scholarly essays about her. Her book, Amy Lowell, Diva Poet won the 2011 MLA Book Prize for Independent Scholars. She has also published on poets Edith Sitwell, Edna St. Vincent Millay, Denise Levertov, and on divas more generally. She is currently working on a critical digital edition Lowell’s collected letters, for which she was recently awarded an NEH-Mellon Foundation Fellowship for Digital Publication. She is an associate editor and book review editor for the journal Feminist Modernist Studies, for which she is editing a two-volume special issue on women in dance, 1870-1970. 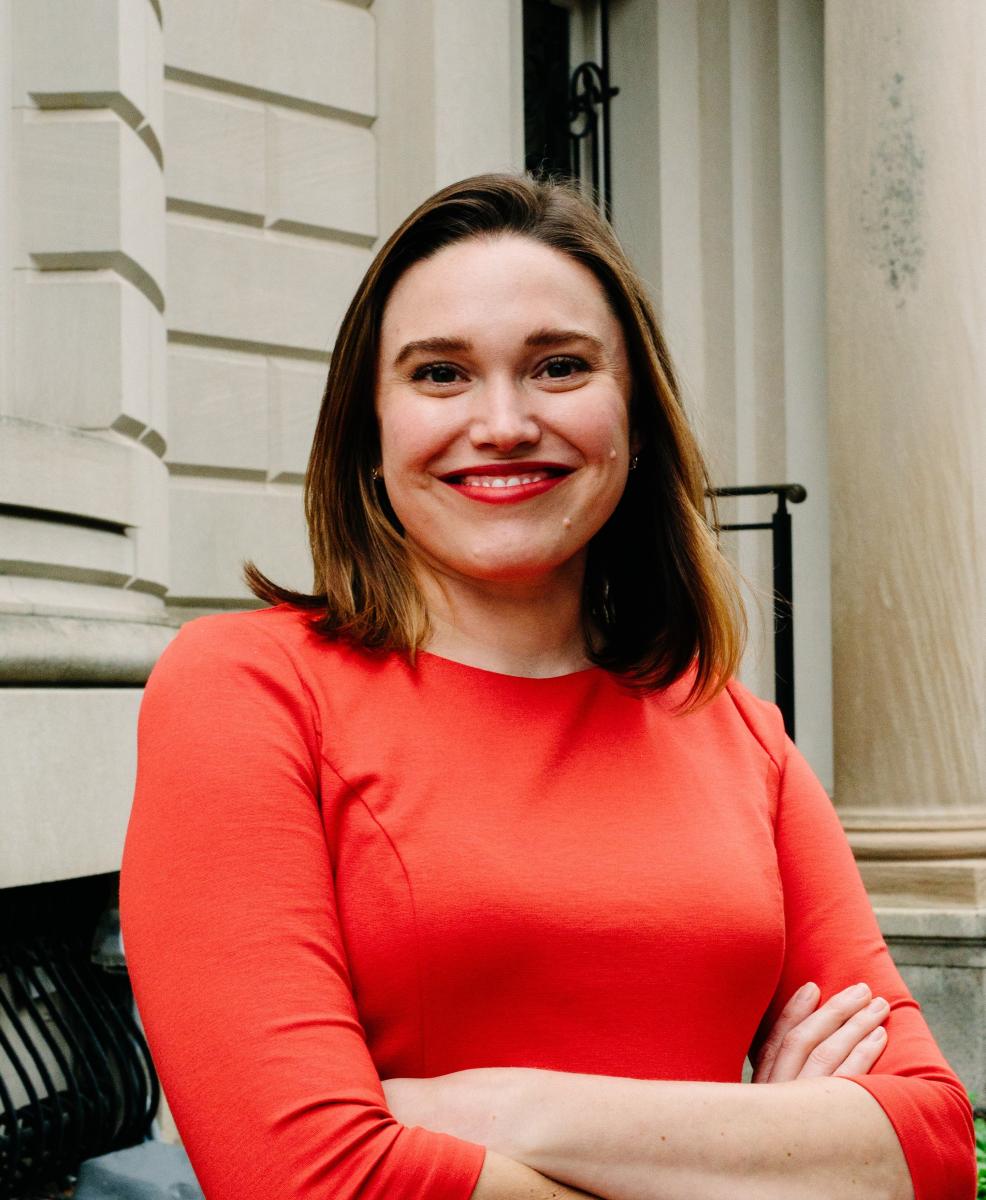 Allison K. Lange is a writer, speaker, and curator. She focuses on images, gender, and politics in United States history. Currently, she is an associate professor of history at the Wentworth Institute of Technology in Boston.

In 2020, the University of Chicago Press published Lange’s book, Picturing Political Power: Images in the Women’s Suffrage Movement. The book focuses on the ways that women’s rights activists and their opponents used images to define gender and power during the suffrage movement. Her next book explores the ways that modern images of gender and politics are rooted in historical ones.

For the 19th Amendment centennial, Lange served as Historian for the United States Congress’s Women’s Suffrage Centennial Commission. She curated exhibitions at the Massachusetts Historical Society and Harvard’s Schlesinger Library as well as a website for Melinda Gates’ Pivotal Ventures called Truth Be Told: Stories of Black Women’s Fight for the Vote.

Lange has written for The Atlantic, The Washington Post, and Imprint. She has also provided interviews for media sites like The New York Times, TIME, and USA Today, documentaries for The History Channel and PBS’s American Experience, and podcasts like American Girls and And Nothing Less hosted by Retta and Rosario Dawson. Right now, she is creating the first filmed course on women’s history in the United States for The Great Courses. Various institutions have supported her work, including the National Endowment for the Humanities, Andrew W. Mellon Foundation, and Library of Congress. Most recently, she won a fellowship from the Université Gustave Eiffel in Paris, France to teach and perform research there in fall 2021. 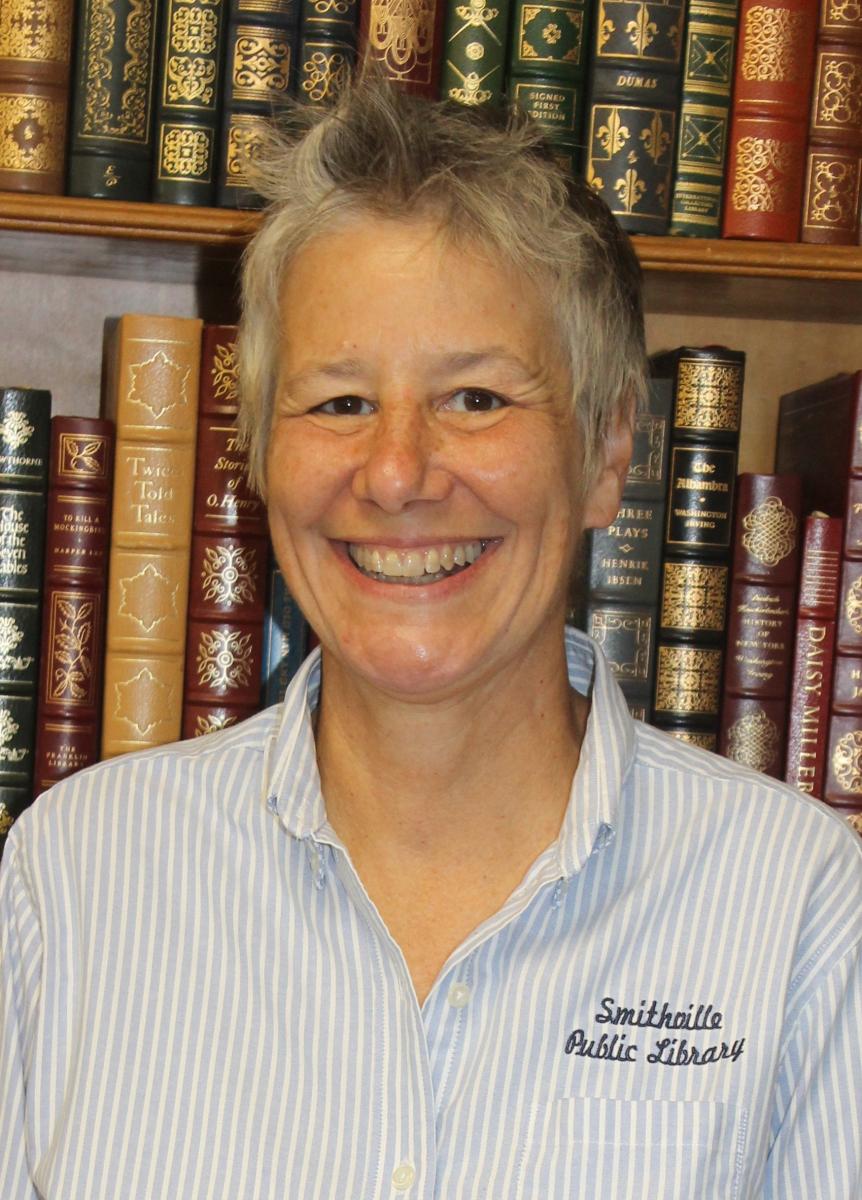 Although Judith Bergeron’s formal education is in Biology, she has had over thirteen years of experience as the Smithville Public Library Director (non-MLS), a small rural library in Central Texas. Where formal library training has come through workshops or professional development courses, much of Judy’s library experience has been hands-on through facilitating community conversations, coordinating and promoting library programs, developing strong community partnerships, and managing library collection materials, all while working closely with other municipal departments, community organizations, and City leaders. In addition to ALA, Judy is also a member of the Association for Rural & Small Libraries, and the Texas Library Association. The Smithville Public Library is an accredited library within the State of Texas. As a grantee for the NEH/ALA Let’s Talk About It: Muslim Journeys, the Smithville Public Library was recognized for its commitment to intellectual freedom, with the PLA’s 2014 Gordon M Conable Award. 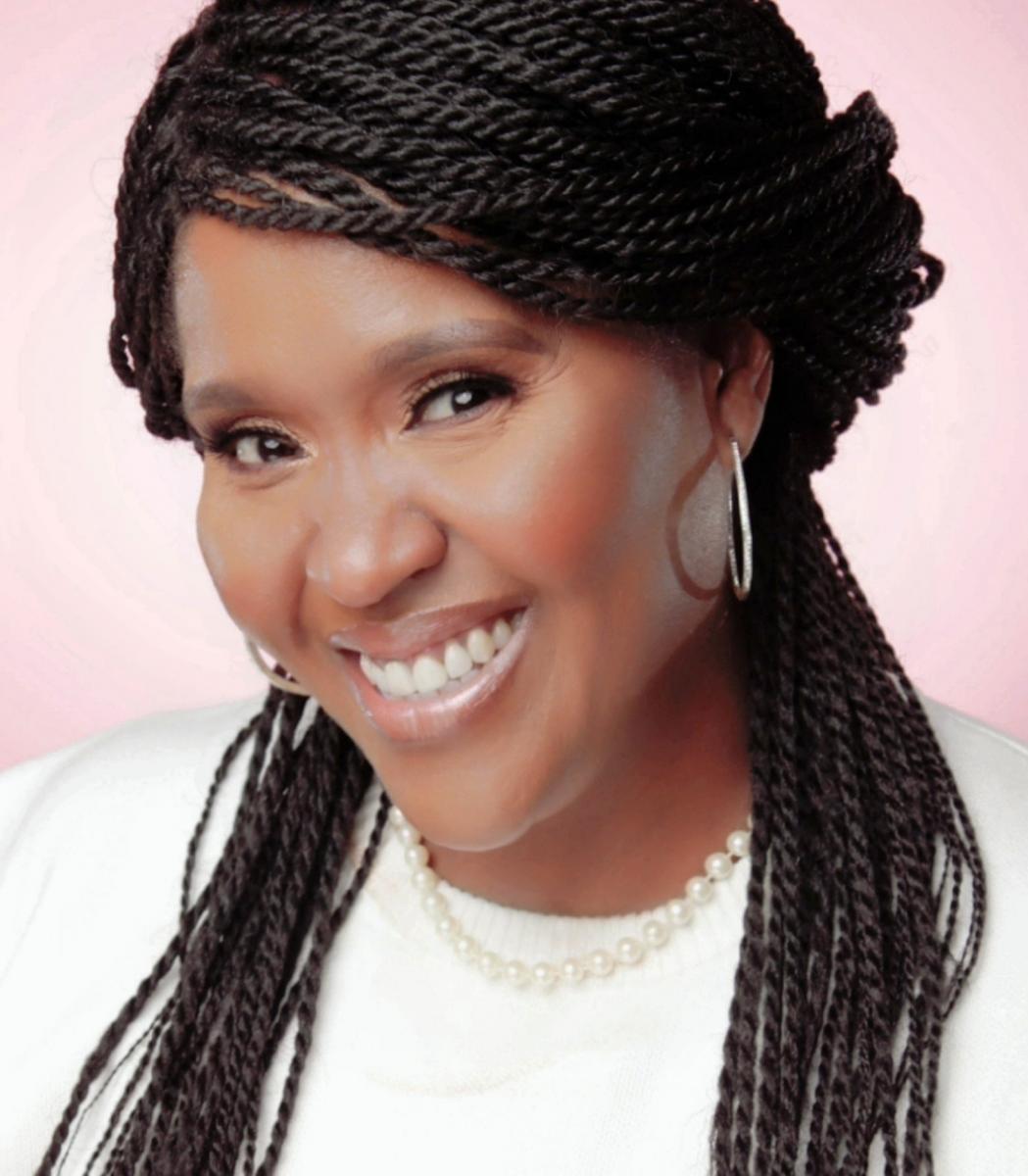 Andrea Blackman is a podcaster, educator, and cultural content creative who currently serves as the Chief Diversity, Equity, and Inclusion Officer for the City of Nashville. Prior to this role, Andrea served as the Director and curator of the Civil Rights Center and the Votes for Women Center for the Nashville Public Library. Throughout her career, she has been known for her professional leadership, advocacy for cultural inclusivity and sensitivity, and innovation in teaching historic harms. She also holds the post of adjunct professor at both Lipscomb University and Vanderbilt University’s Peabody College.

Since 2005 and with increased media attention on interactions between law enforcement and African‐Americans and BIPOC communities, she developed a cultural and anti‐racist education curriculum rooted in historic and contemporary movements for law enforcement across the country. She is an adult leader with the Girl Scouts of Middle Tennessee and a member of Alpha Kappa Alpha Sorority, Inc.; and she has served on the Board of Directors for the Tennessee Immigrant and Refugee Rights Coalition (TIRRC).

Her ongoing research includes education disparity and self‐representations in children’s literature. She is also the mother of an amazing college sophomore, a lover and scholar of hip hop, and a Zora Neale Hurston enthusiast. She enjoys deep conversations and pushing the envelope, all the features of her podcast Truth B Told. 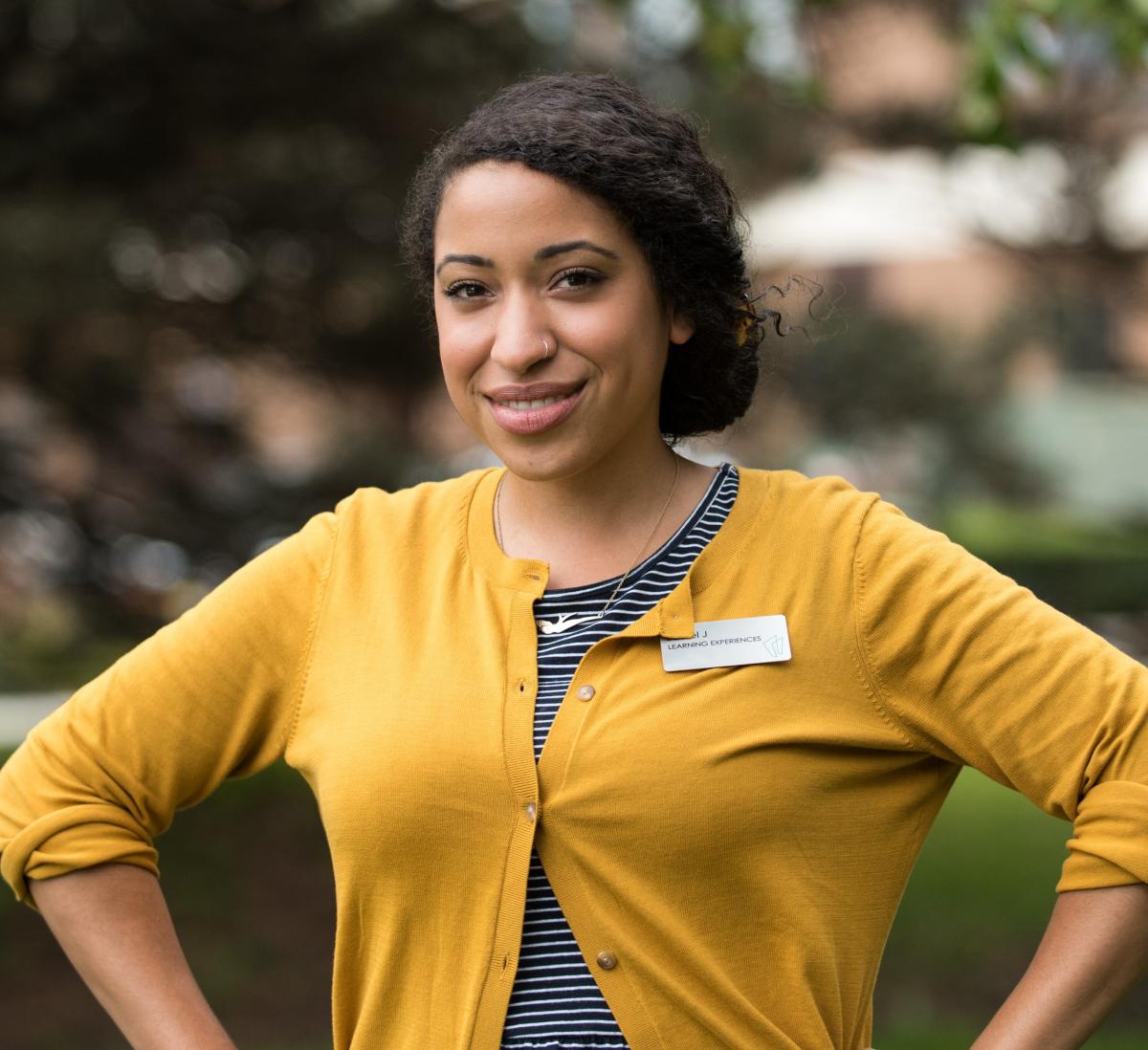 Laurel Dooley is a dedicated public librarian with a passion for working with young people. She was named 2020 Young Adult Librarian of the Year by the Illinois Library Association, which was a special honor in a roller coaster year. Laurel is the manager of teen services at Skokie Public Library in Illinois. She lives in Chicago with her husband and their houseplants. 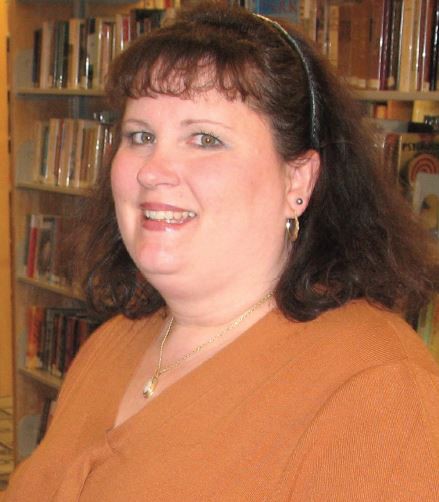 Janie Hermann, in her role as Manager of Adult Programming at the Princeton Public Library, oversees the more than 2,000 public programs put together by the amazing team with whom she is privileged to work. Her work at the library allows her to interact with a wide variety of local groups and organizations and she is dedicated to ensuring the public programs offered at the library not only meet but also exceed the expectations of the Princeton community. She was named a Library Journal Mover and Shaker in 2007, has served on the New Jersey State Library’s Blue Ribbon Task Force on the Future of Libraries, and is involved in many capacities with the American Library Association, most notably as the Chair of the Programming Librarian Interest Group. As a teacher, librarian, wife and mother, Janie has learned that minute details can have a big impact and that planning is crucial, but you still should leave room for some spontaneous actions. 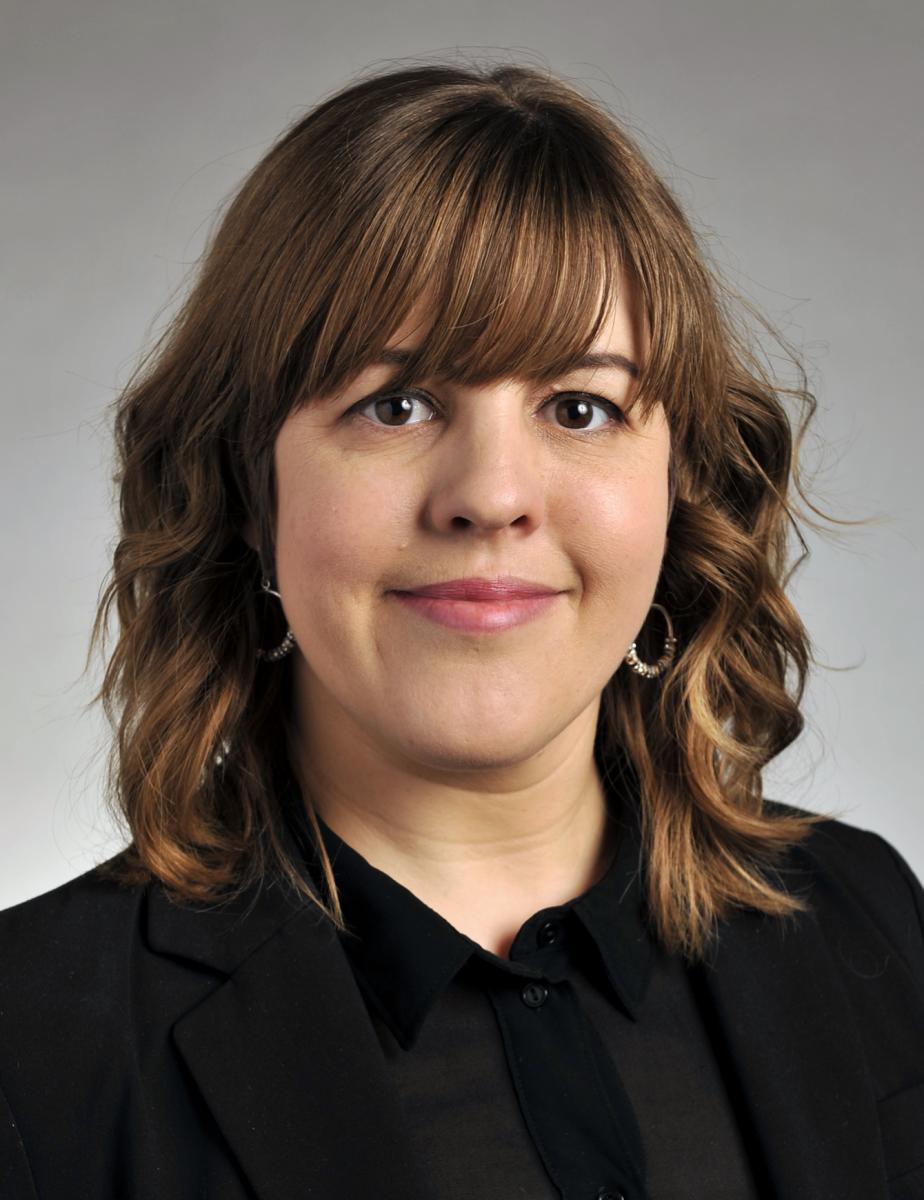 Laura Mendez is a Librarian in San Diego, California; she has recently worked as a Senior Librarian with Chula Vista Public Library, and Branch Manager for the San Diego County Library, Lemon Grove branch; she has been active in ALA since 2018. Laura participated in the ALA Emerging Leaders Class of 2020-2021, and worked with a team of Librarians across the country in the midst of the Covid-19 pandemic to create a sustainability plan for the LITA/Core divisions. In addition to Emerging Leaders, Laura also began her three-year term on ALA’s Public Awareness and Advocacy Committee in July 2021. 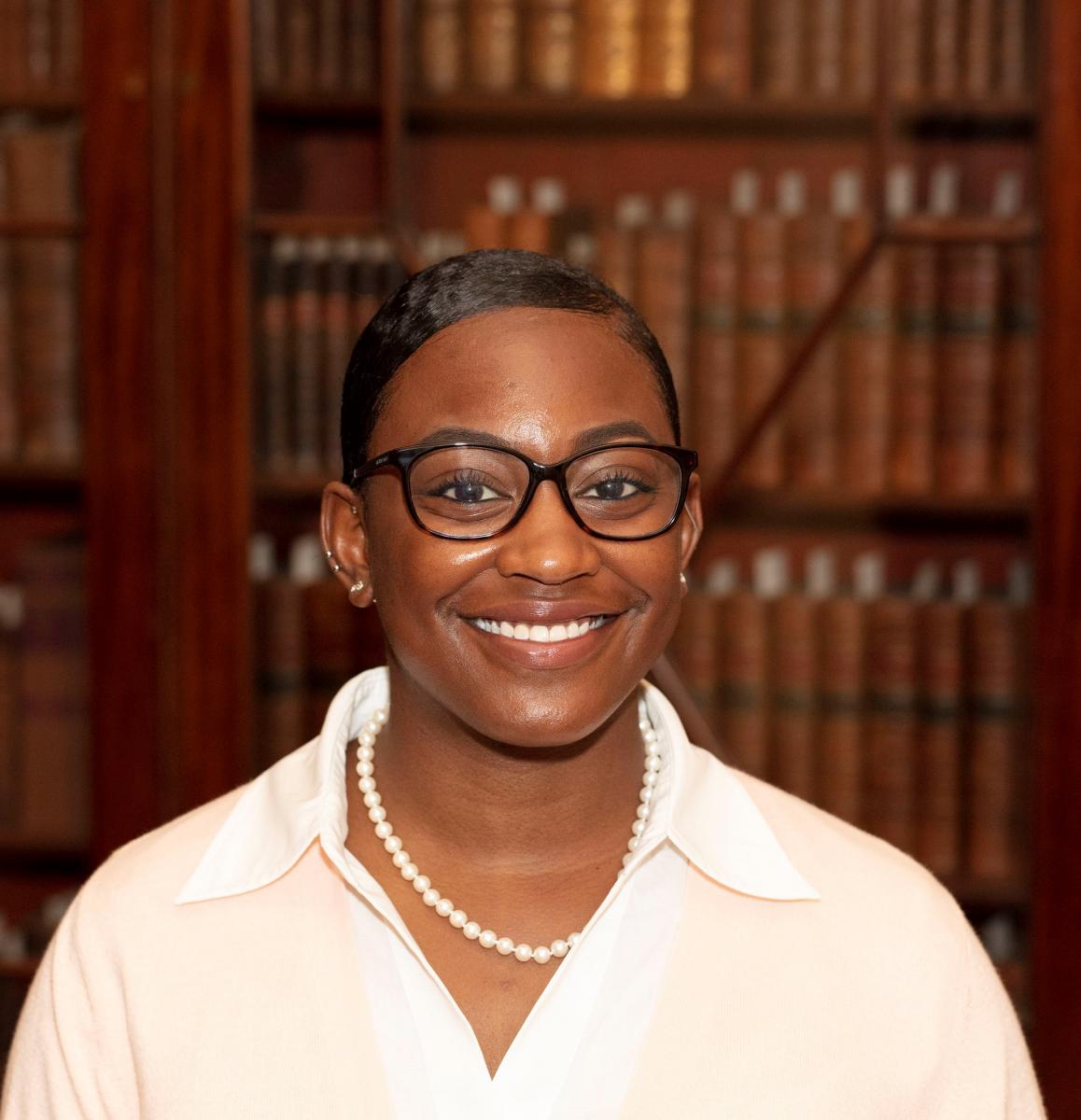 Jasmine Smith is the African American History Subject Specialist and Reference Librarian at the Library Company of Philadelphia. She joined the Library Company’s staff in October of 2017. Jasmine is a graduate of North Carolina Agricultural and Technical State University, with a BA in History. She also has an MA in Library and Information Science from Kent State University, with a concentration in Museum Studies. Jasmine has experience working in a variety of culture institutions from the State Archives in Delaware, Hagely Museum and Library and Delaware State University Archives and Library. Her job duties at the Library Company focus on three different areas: reference services, facilitating the Program in African American History, and collection development. She promotes the use of the African Americana Collection while also expanding it by acquiring new acquisition daily. She also develops exhibitions and events as well as assists with the Mellon Scholar Summer Program and fellowship program within the Program in African American History.