“'Shoot, if you must, this old gray head, But spare your country's flag,' she said." — John Greenleaf Whittier 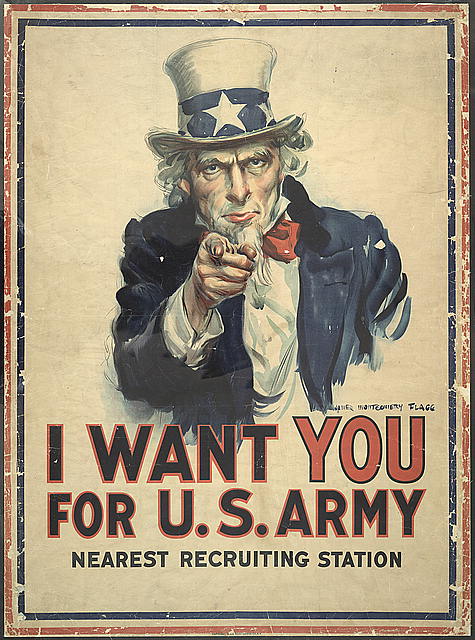 Let's look for a moment at one symbol: the American flag. Three colors, thirteen horizontal stripes, a small blue rectangle containing fifty-five pointed stars. Also a symbol that by law cannot be desecrated. Also, an image that represents a country of approximately 300 million people. The flag and the other images presented here — Uncle Sam, the Vietnam Veterans Memorial, a classic representation of George Washington, and a revision of that representation — have come to mean a wide range of things to a wide range of people. They are intended to mean some of these things, and they have, of course, come to mean a number of other things. How is it that some images are designed to represent and to mean? How do some images instruct us in what to feel and think? When are we able to confer different meanings on these images? How do we design symbolic images of our own?

(NOTE: The following images are copyrighted. Obtaining image permission is the responsibility of the library. Exceptions are noted.)

For discussion tools and activities for the above images, as well as others in the Engage! series, download the Engage! Picturing America through Civic Engagement Guide.