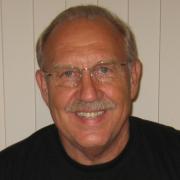 The Stephen T. Riedner Grant for Life Enhancing Library Programs for People Living with Dementia was established in memory of Stephen T. Riedner by his wife, Mary Beth Riedner, and his sister-in law and brother-in-law, Jane and John Gallick.  During his ten-year journey through a young-onset dementia, Steve’s strong spirit was always an inspiration.  He was determined to maintain his identity, dignity and independence for as long as possible.  He demonstrated by his example that people living with dementia deserve the same respect and consideration as every other human being.

Motivated by his courage, his wife Mary Beth, a retired librarian, began to encourage libraries to expand their services to these often stigmatized and neglected people.  Early inspiration came from the Guidelines for Library Services to Persons with Dementia established in 2007 by the International Federation of Library Associations (IFLA).  She was instrumental in the establishment of the ASGCLA Interest Group for Alzheimer’s and Dementia (IGARD).  This interest group, now known as Library Services for Dementia/Alzheimer’s (LSDA), became a part of ODLOS when ASGCLA was disbanded in 2020.  She has been an active member on the leadership team of this interest group since its inception.  She is also the founder of “Tales & Travel Memories” and “Tales & Travel Adventures”, which are interactive book and reading programs for people living with dementia.  She has presented at many conferences and has written several journal articles and book chapters.  Making libraries, and our society as a whole, more dementia friendly has become her passion.

Stephen T. Riedner Grant for Life Enhancing Library Programs for People Living with Dementia presents two grants of $2,500* each and a citation to two libraries to support the creation of new services and/or new programming to directly serve those living with dementia. Nominations that describe only existing services or programming are not eligible for this grant.  The funder wishes to encourage institutional commitment to serving this population. Grant submissions could include, but are not limited to:

*Monetary award amounts are subject to change without notice and are contingent upon donor funding supplied at the time the award is presented.

To submit a nomination, please complete the nomination form.

Questions should be directed to the committee chair, Chris LeBeau, email, lebeauc at umkc.edu.

A project plan with a detailed narrative description that includes a timeline, a clearly described purpose, defined project outcomes, a complete budget for use of the grant funds, and a description of how the funds will be stewarded. Note that nominations that describe only existing services or programming are not eligible for this grant.