More than 120 New Members Round Table members and supporters gathered at the Elephant & Castle pub in Seattle on Saturday, January 20, 2007, to celebrate the 75th anniversary of the New Members Round Table at the Midwinter Social. The reception room, in a private area separate from the main restaurant, was a great location for the Midwinter Social, with many small tables for sitting and plenty of space for mingling. The only drawback was that the wheelchair lift had stopped working, preventing some attendees from joining the main gathering despite advance preparations by Heidi Dolamore, chair of the Midwinter Activities Committee, and the Elephant & Castle staff.

Partygoers began arriving at the Social shortly after exhibits closed for the day and well before the official start time of 6 p.m. Attendees included a mix of current, former, and potential NMRT members, board members, NMRT past-presidents and other VIPs. The composition of the group changed constantly as new people arrived and others moved on to other events.

An amazing 24 door prizes were given out, generously provided by the members of the NMRT Midwinter Activities Committee, NMRT member Chrissie Peters, the University of Washington Information School, the University of Washington Libraries, and the Washington State University Libraries. NMRT member Maureen Barry won the grand prize, a box of smoked salmon. Member Michael Bolam, member Lisa Lapointe, and Lara Mayelian took home the other three top prizes, $20 gift certificates to Pampered Chef. Many people whose names were drawn had already left the social - giving those who were present for the final drawings an excellent chance of winning.

The party was still going strong at the end of the scheduled time, with many groups heading out together to other Midwinter events or to continue the party at other locations, and some remaining to have dinner at the pub. Everyone had a good time, and we hope to see even more of you at next year's Midwinter Social in Philadelphia! 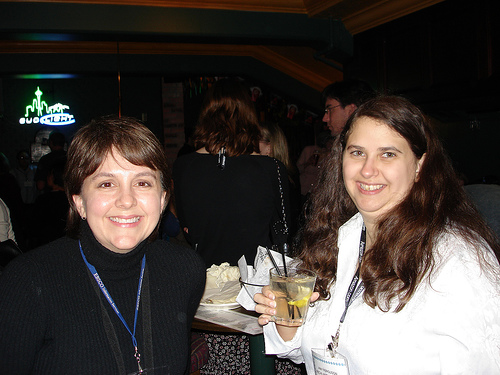 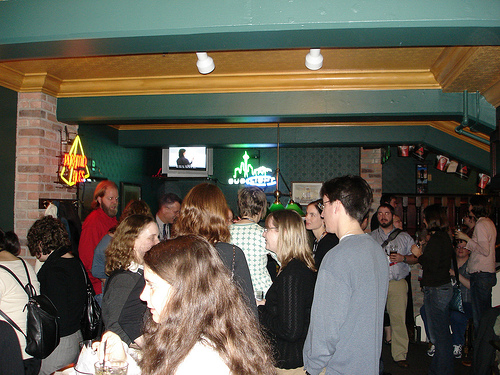