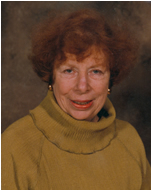 I chaired the IFLA committee which wrote the Standards for University Libraries and represented ALA on the IFLA Standing Committee on University Libraries and on the Standing Committee on Library Theory and Research which I have chaired.    I proposed the first China-US Library Cooperation conference held in Beijing, China, chaired the organizing committee for the second China-US Library Cooperation conference held in New York, and was a member of the organizing committee for the third series in Shanghi, China.  I had the good fortune to study university libraries in India on a Fulbright and to study university libraries in Cyprus and Greece and public libraries in England users.

Three words to new IRRT members: Participate in global librarianship as much as possible.