Group E of the 2020 class of ALA Emerging Leaders (EL) focused on the International Librarians Networking Program (ILNP) project that was originally planned by the IRRT-sponsored Emerging Leaders 2019 Group G. EL 2020 Group E built on the groundwork laid by Group G and launched a pilot program. 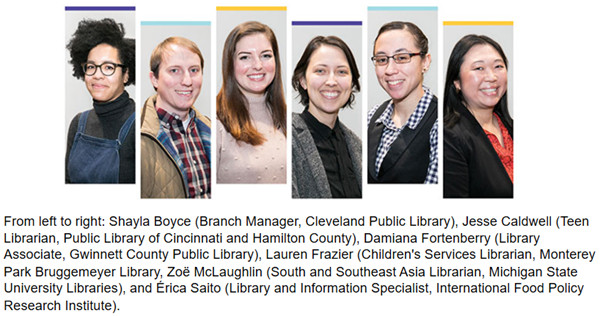 More than 450 library workers from 70 countries applied to participate in the program. Group E planned originally to have a first cohort of 30-50 collaborating peers, but the overwhelming interest prompted the group to accommodate as many participants as possible. More than 80 pairs of library employees were identified. Applicants were surveyed to confirm their ability to participate and ultimately 50 pairs from 46 different countries were admitted into the program. The participants came from Asia, Africa, North America, South America, Europe, and Australia. The participants also represent a full range of libraries, from national and academic to public and school.