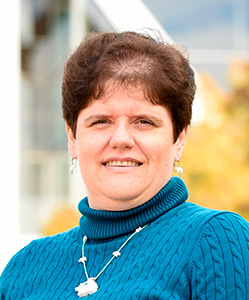 The 2018 James Bennett Childs Award is posthumously awarded to Karen M. Russ, who served as Government Documents Librarian at University of Arkansas (UA) Little Rock for over twenty years and was the 2017 Depository Library Council Chair. The Childs Award is a tribute to an individual who has made a lifetime and significant contribution to the field of documents librarianship, and is based on stature, service, and publication.

Known as the “Fed Docs Guru” for her expertise and unwavering dedication, Karen’s leadership was pivotal in the Arkansas Documents Consortium and with UA Little Rock’s Ottenheimer Library being named the 2014 Federal Depository Library of the Year and, in 2017, the Library becoming the first Preservation Steward in Arkansas. Karen was highly regarded for her publications, including regular columns in “What’s Up? Docs”, published in Arkansas Libraries.

The numerous nomination letters received speak of Karen’s “passion” for documents, her “unbridled enthusiasm” and her work as a “driving force” behind many initiatives. With her passing in December of 2017, Karen is greatly missed as a colleague and for her inspirational leadership locally, in Arkansas and nationally. 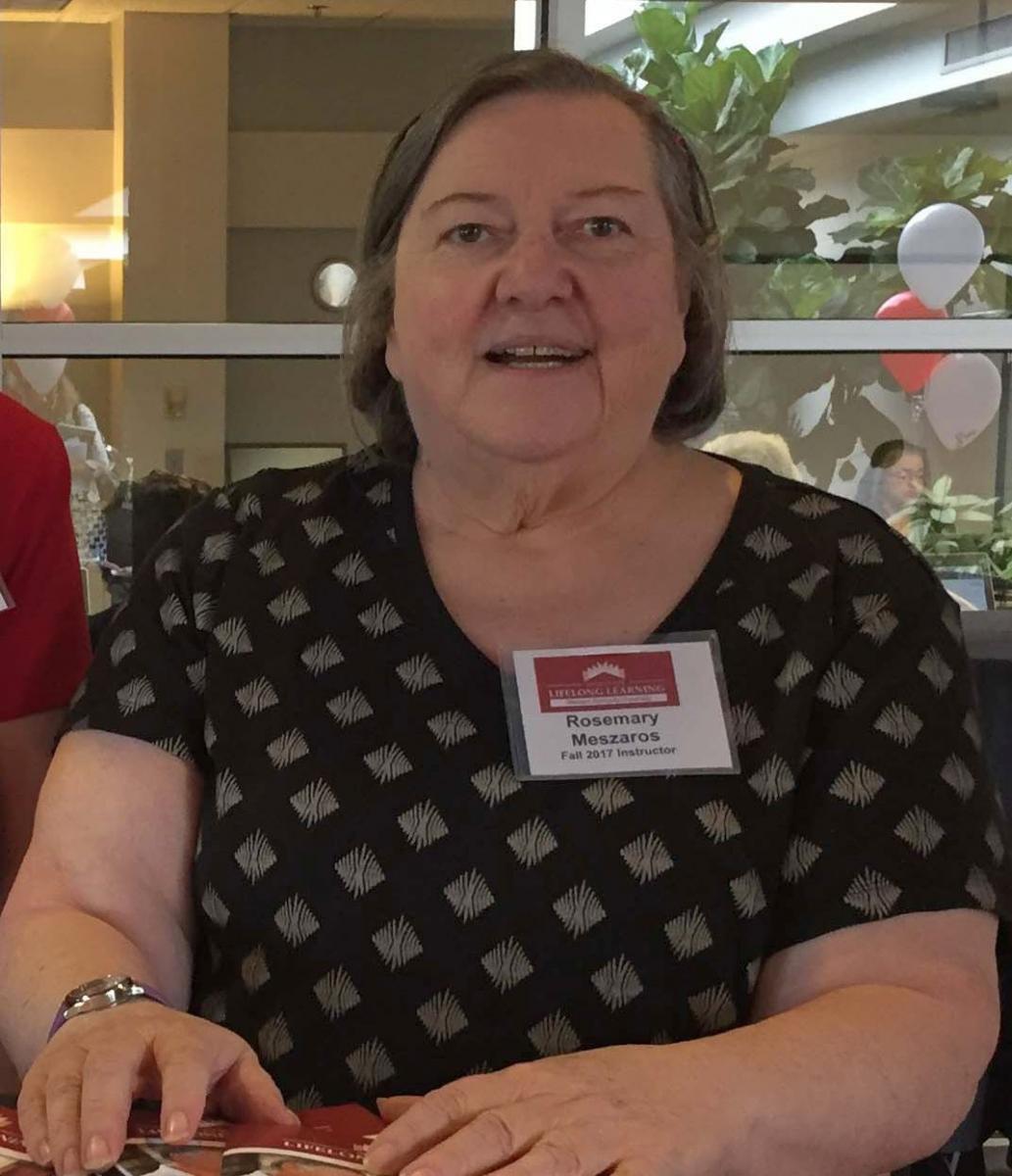 The winner of the 2018 ProQuest/GODORT/ALA “Documents to the People” Award is Rosemary L. Meszaros. Rosemary is Professor and Coordinator of Government Information Services and Law/Federal Depository Librarian for the Second Congressional District at Western Kentucky University. This award honors an individual, library, institution, or other non-commercial group that has most effectively encouraged the use of government documents in support of library service.

Rosemary L. Meszaros’ support letters also note her extensive service to the library profession. She has been a member of ALA GODORT and is also very active in the Kentucky Library Association’s GODORT. On a national level, she has served on the Journal of Academic Librarianship Editorial Board since 2001. On a local level, Rosemary has accomplished something that may be the most exemplary example for this award: she has taught thousands of students the use of federal and state documents in various classes at Western Kentucky University. 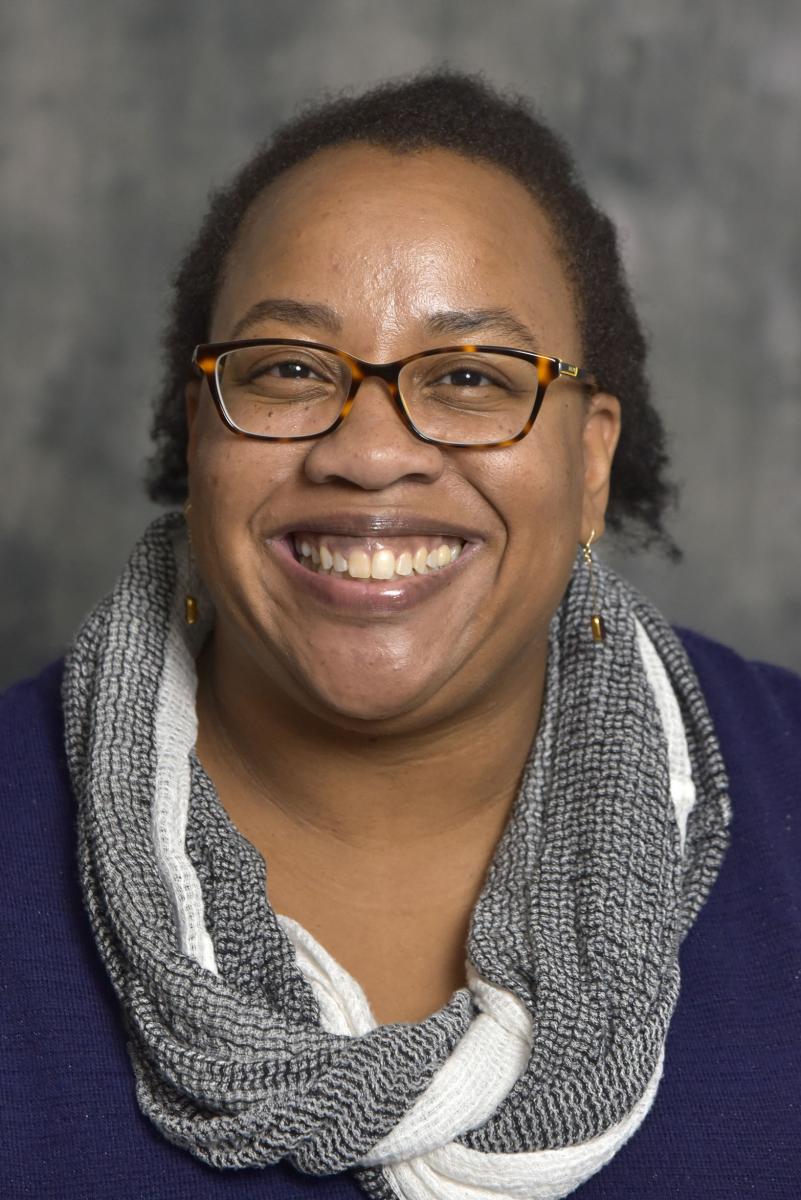 The recipient of the 2018 Larry Romans Mentorship Award is Courtney L. Young, Head Librarian and Professor of Women's Studies at the Penn State Greater Allegheny campus. The Romans Mentorship Award, co-sponsored by Gay, Lesbian, Bisexual, and Transgender Round Table (GLBTRT) and GODORT, recognizes librarians who, through their sustained mentoring efforts, have made a difference in our profession.

Courtney’s mentorship has had an indelible impact through her numerous roles with the New Members Roundtable (NMRT), her advocacy on the ALA Executive Board and as ALA President, and through countless examples of one-on-one encouragement and guidance. In the words of one nomination letter, “Courtney Young has made such a tremendous impact on my life as a librarian that I simply cannot picture my career without her guidance and support.”

The award consists of a citation and $1,000. Courtney L. Young will be recognized at both the ALA GODORT Awards Reception and at the Stonewall Book Awards Program. Please see also the ALA Press Release. 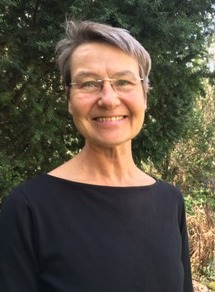 Marilyn Von Seggern is the 2018 winner of the Bernadine Abbott Hoduski Founders Award. This award recognizes documents librarians who may not be known at the national level but who have made significant contributions to the field of state, international, local or Federal documents. The award recognizes those whose contributions have benefited not only the individual's institution but also the profession. Marilyn retired from Washington State University (WSU) in the summer of 2017 after nearly 40 years. For the last 18 years of her career, Marilyn served as the Government Documents Librarian, and in that time she made a quiet yet profound impact on the local, state, and national documents communities. Marilyn was active in the Northwest Government Information Network (NGIN) during those years and served as WSU’s representative to the Technical Report Archive and Image Library (TRAIL) from 2010 until retirement. Marilyn also made wide-ranging contributions to GODORT, across at least 6 committees, and all three task forces. One highlight was her work on the State Databases project for the State of Washington, which she maintained with thoroughness and meticulous detail for years before her retirement. At her own institution, Marilyn is known as someone who generously shared her knowledge of government documents with her colleagues, with students and faculty, and with the community at large. Marilyn’s scholarly contributions, particularly those on improving information literacy for government information through assessment, are widely read and used in the classroom, extending her impact on the documents community well into her retirement. As one of Marilyn’s colleagues says “…her modus operandi has been faithful and consistent service in every setting in which she becomes involved.” 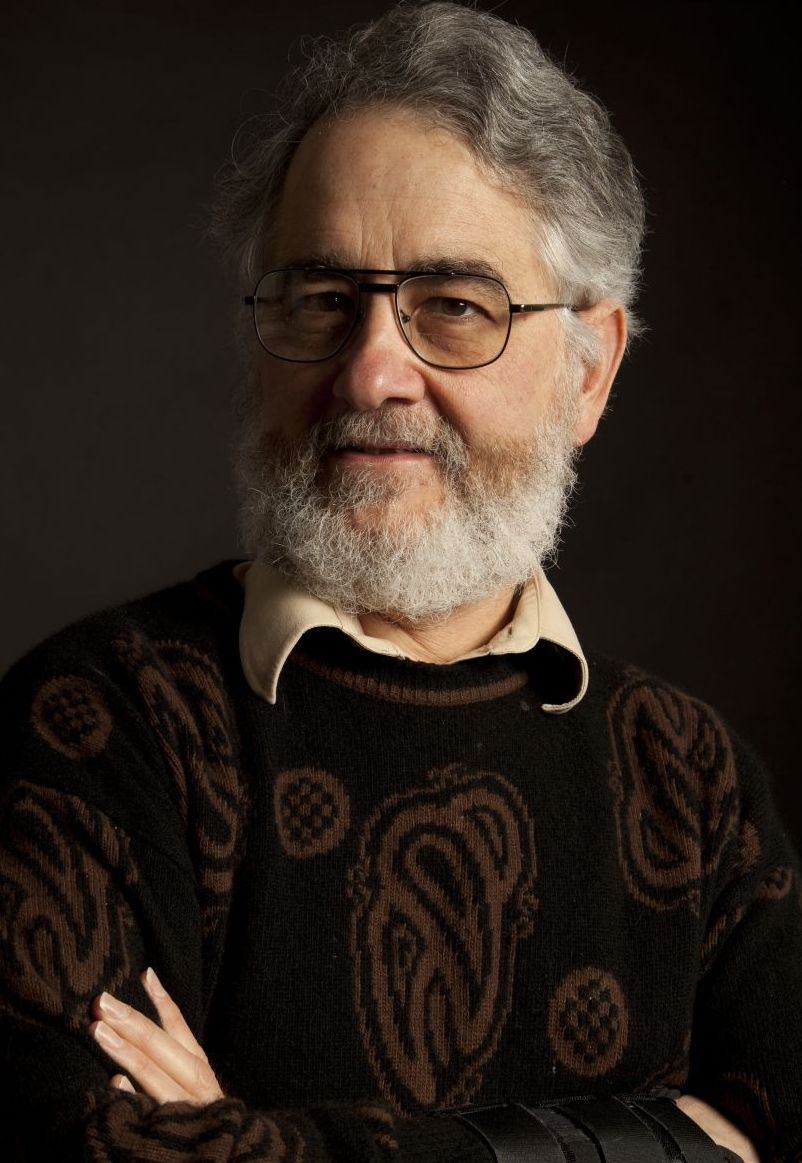 The 2018 Margaret T. Lane/Virginia F. Saunders Memorial Research Award is awarded to Robert Lopresti, Western Washington University Libraries, for his book, When Women Didn't Count: The Chronic Mismeasure and Marginalization of American Women in Federal Statistics published by Praeger. Digging back into the history of how women have been represented or completely missing in U.S. government data collections since the late 1700s, Lopresti has revealed how this inaccurate data has affected women, men, and all of American society. The book challenges readers to reexamine their understanding of data collection methodologies and to think more deeply about biases and weaknesses in these methodologies as they have changed throughout the history of the U.S. and its perception of women. The Awards Committee was impressed with the sheer number of government reports, documents, and statistical information consulted as well as the variety of federal agencies examined. The book is of critical importance at a time when data is valued so highly in decision-making and policy. 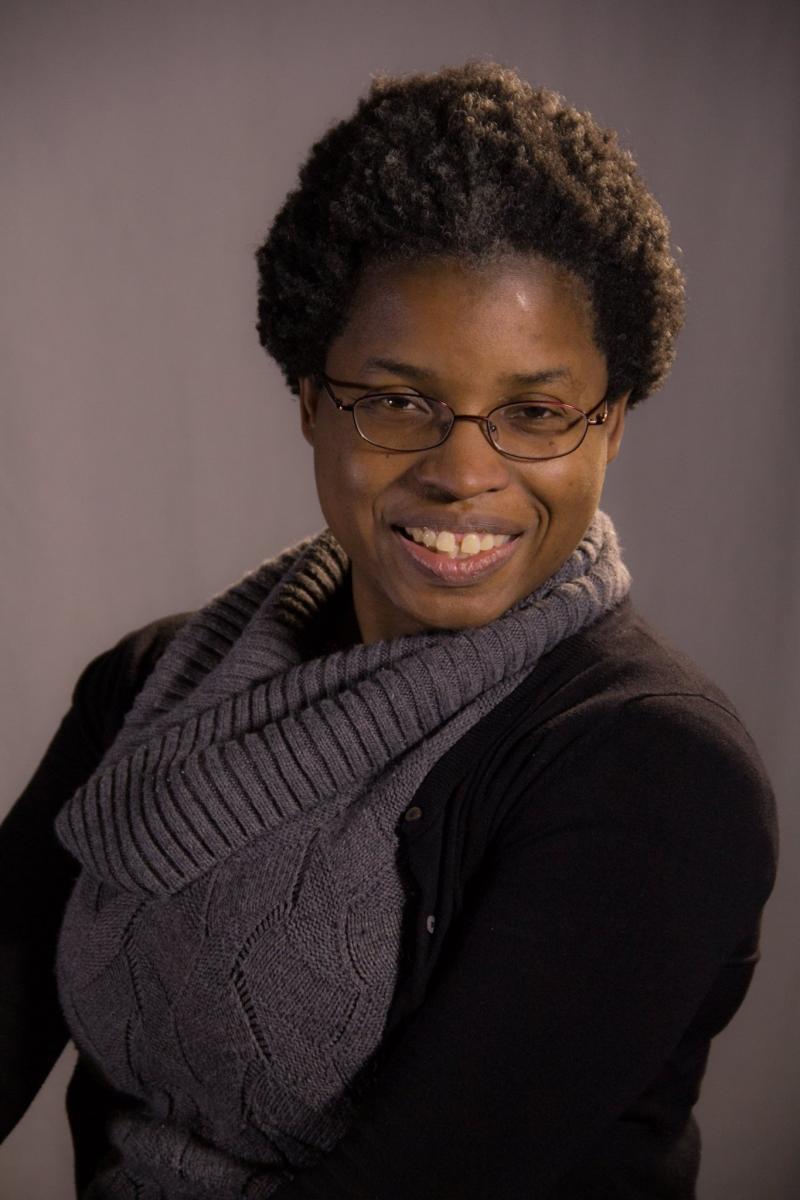 The 2018 GODORT-sponsored ALA Emerging Leader is Kenya S. Flash, librarian for political science, global affairs, and government information at Yale University. The ALA Emerging Leader Program is a leadership development program which enables newer library workers from across the country to participate in problem-solving work groups, network with peers, gain an inside look into ALA structure, and have an opportunity to serve the profession in a leadership capacity.

Kenya reflected on the program, stating, “I believe the emerging leaders make a tremendous impact on the library community and the organizations they elect to serve. I also believe that they serve as peer mentors and as a vision to those who will have a great impact in the future of librarianship.” 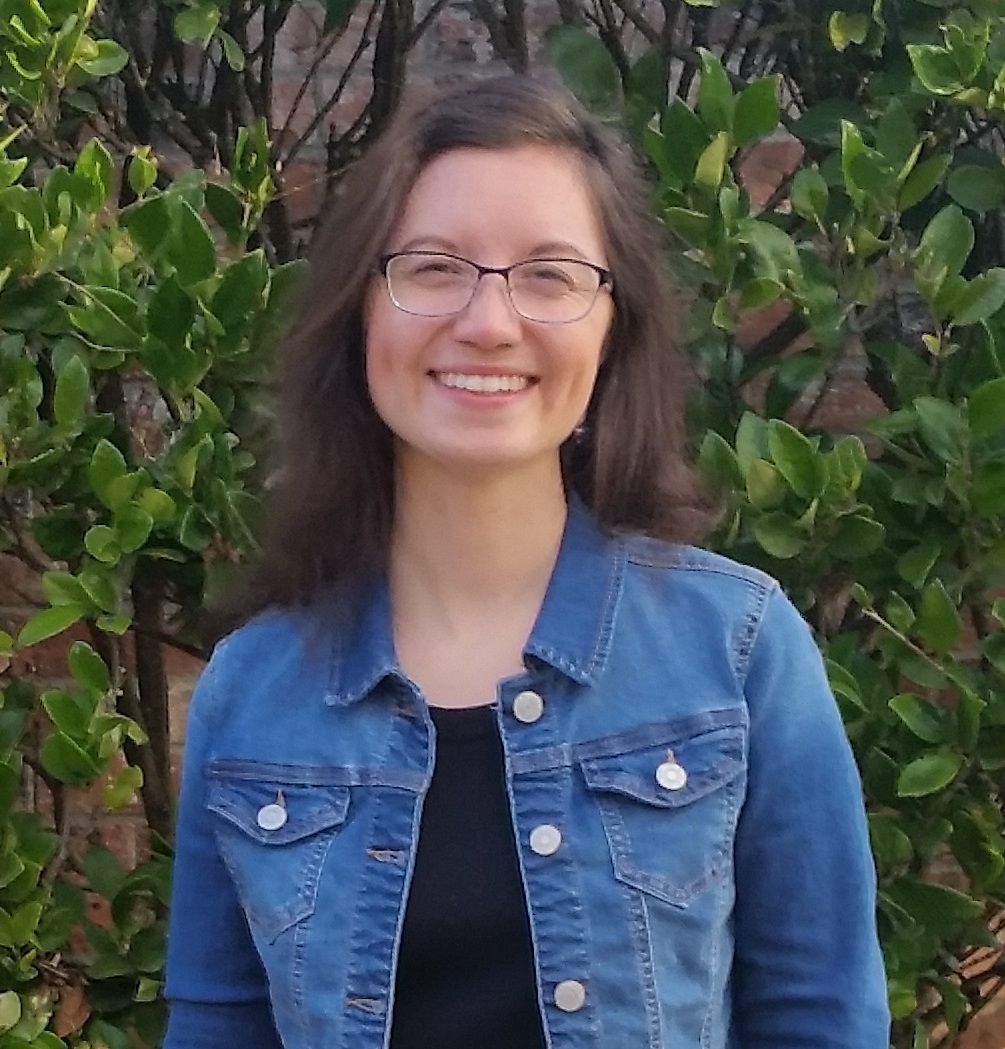 The 2018 W. David Rozkuszka Scholarship is awarded to Susie O’Connor. Susie is currently pursuing an MLS degree at Emporia State University (Portland Cohort) while also working full time in the Hannon Library government documents department at Southern Oregon University. Her colleagues at SOU have noted her enthusiasm for government documents work, her depth of knowledge about information resources, particularly government documents, and her fearless determination when taking on new projects or learning new technologies. Once she completes her MLS degree, Susie plans to pursue a Master’s in Education. The combination of master’s degrees in Library Science and Education will prepare Susie to achieve her ultimate goals, which include pursuing a “budding passion for collection management and preservation” and working with students to “inspire an interest in government and teach what government publications have to offer.” 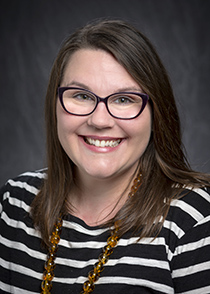 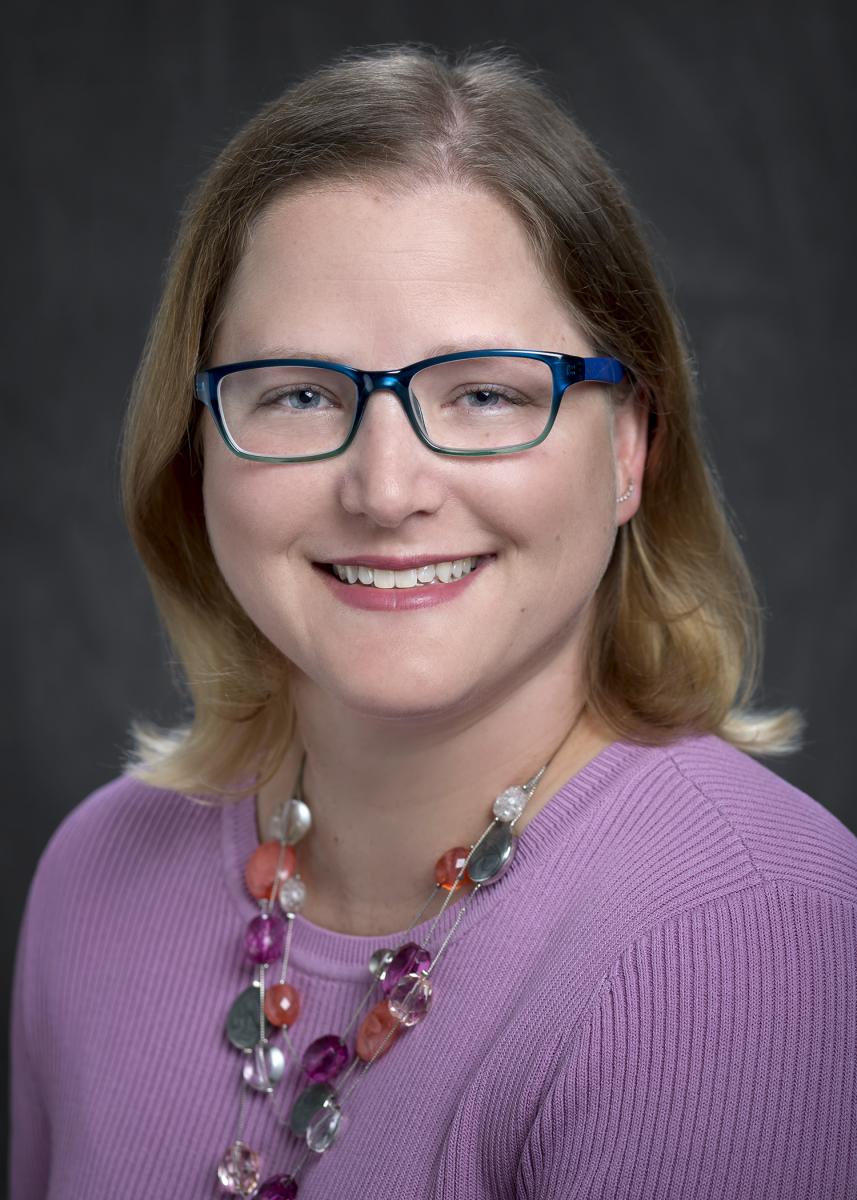 Hayley Johnson and Sarah Simms of Louisiana State University are the 2018 recipients of the NewsBank/Readex/GODORT/ALA Catharine J. Reynolds Award. This award provides funding for research in the field of documents librarianship, or in a related area that would benefit the individual's performance as a documents librarian or make a contribution to the field. Ms. Johnson and Ms. Simms will continue their creation of an interactive online research guide about Camp Livingston, Louisiana, and its role in Japanese-American internment, research supported by the 2017 Reynolds Award. Part one of the grant has already spurred quite a bit of interest from scholars of WWII internment. This year the resource will add first-person accounts of internment by religious figures, specifically, several documents written by Buntetsu Miyamotoin in pre-WWII Japanese, translated by a Japanese scholar, and by Rev. Hisanori Kano, a Japanese Episcopal minister from Nebraska, who was also interned in Camp Livingston. Reynolds Award funding will help Ms. Johnson and Ms. Simms visit two archives in California that also contain documents that deal with internment and religion as well as the Japanese American National Museum. The recipients believe that “this project can serve as a social justice tool to elicit the exploration of racially, ethnically, and religiously spurred political decisions that violate the civil rights of American citizens.”