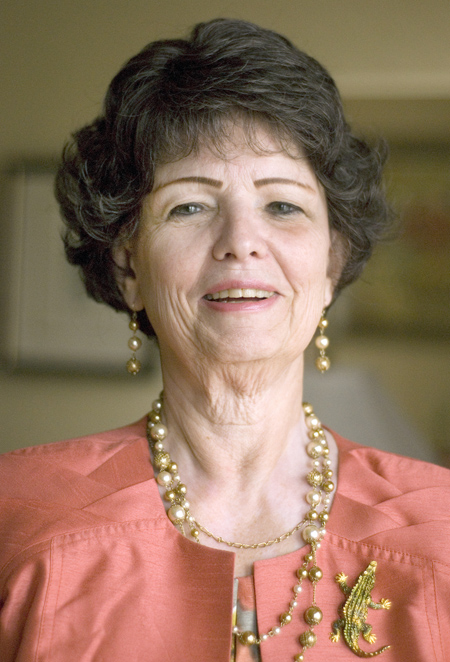 The winner of the 2017 James Bennett Childs Award is Judith Russell, Dean of University Libraries at the University of Florida. The Childs Award is a tribute to an individual who has made a lifetime and significant contribution to the field of documents librarianship, and is based on stature, service, and publication.

The letters submitted in nomination and support for Judy focused on the truly expansive career she has had in industry, government and higher education positions to ensure free and fair access to government information for all. Judy’s work has been felt by every depository library through her work as GPO’s Superintendent of Documents, and through the Association of Southeastern Research Libraries and her work developing the Collaborative Federal Depository Program and Document Disposition Database.

One nomination comment in particular struck the Awards Committee as embodying the spirit of the Childs Award: “While the Childs award recognizes a lifetime contribution to documents librarianship, I feel certain that Judy is not done yet. Nonetheless, I feel she richly deserves this recognition after almost three decades of contributions to our profession.” 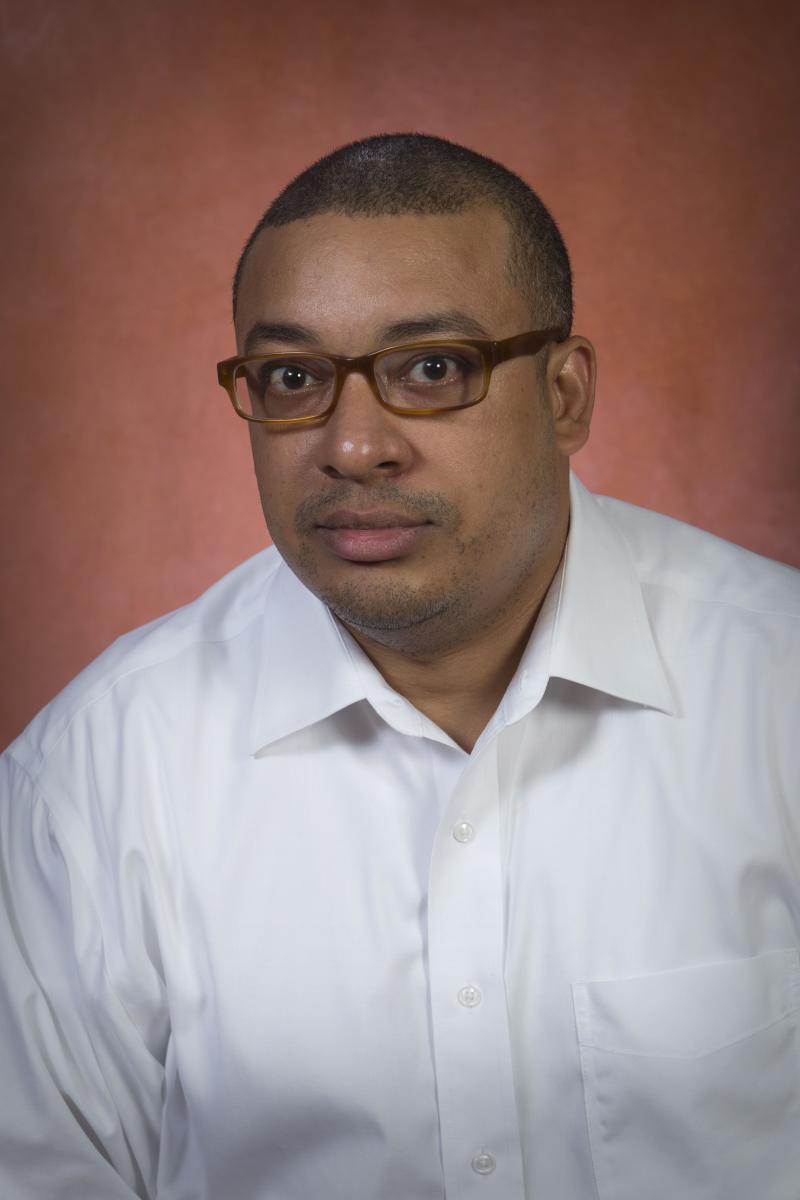 The Florida State University Libraries Government Documents Depository and Mohamed Berray, Coordinator for Government Information at FSU, have been selected for the ProQuest/GODORT/ALA "Documents to the People" Award. This award honors an individual, library, institution, or other non-commercial group that has most effectively encouraged the use of government documents in support of library service. The letters submitted in nomination and support of the Government Documents Depository at Florida State University were full of examples noting the staff’s enthusiasm for helping students use a wide range of government documents to complete classroom assignments and published research papers, as well as the assistance provided by the depository to the Tallahassee community. The letters also noted the federal depository’s continued support for and participation in ASERL’s Collaborative Federal Depository Program, attaining “Center of Excellence” status for collections including Economic Development Administration, the Federal Security Agency, and the Department of the Army’s Area Handbooks and Country Studies. In May 2016, FSU Libraries celebrated the 75th anniversary of depository status, an event attended by the GPO chief of Staff. In short, by encouraging the use of government documents on the FSU campus, Mohamed and his depository colleagues at FSU fully exemplify what the “Documents to the People” Award is all about. The Awards Committee congratulates Mohamed and the FSU depository for their commitment and dedication to making government documents accessible. 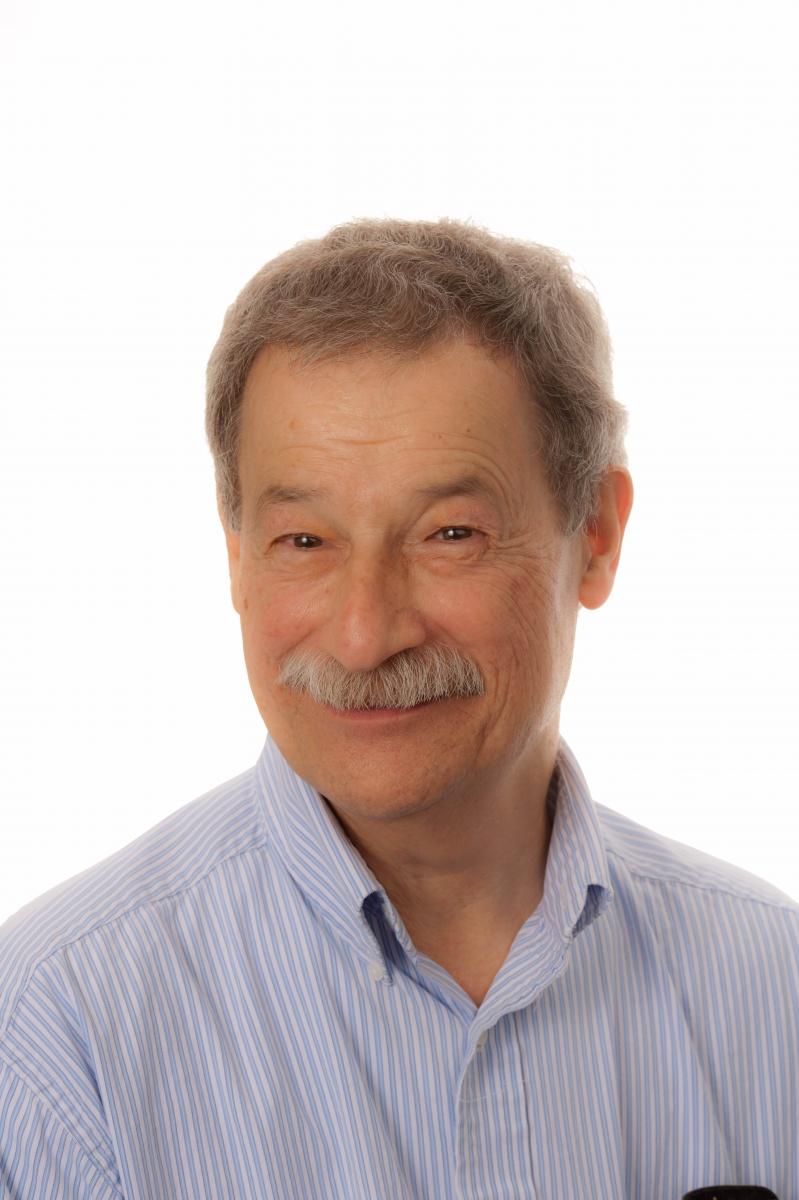 Philip (Phil) Yannarella is the 2017 winner of the Bernadine Abbott Hoduski Founders Award. This award recognizes documents librarians who may not be known at the national level but who have made significant contributions to the field of state, international, local or federal documents. The award recognizes those whose contributions have benefited not only the individual's institution but also the profession. Phil's library career started in 1972, working with government documents at the University of Nebraska at Omaha. Since 1977, Phil has served as the Government Documents Librarian in Northern Kentucky University’s Steely Library. He has dedicated his life and career to improving access to, and understanding of, government information. Phil developed a strong collection of both federal and state government documents at Steely Library and was instrumental in the Library’s recent designation as an ASERL Center of Excellence (COE) for the U.S. Copyright Office, the American Folklife Center at the Library of Congress, and the Small Business Administration. Phil is known as the government documents expert for the local Northern Kentucky and Cincinnati Metro area and has been active in Kentucky GODORT for decades. One colleague notes Phil has “a reputation for thoroughness and kindness and is respected by both library users and his students.” Phil’s generosity with his time and knowledge is evident through endeavors such as the popular course on government documents in NKU’s Library Informatics Program he developed and taught, his decades of weekly volunteer work at the Cincinnati Museum Center’s Science Library, and the monthly campus newsletter on government documents he wrote for 26 years. 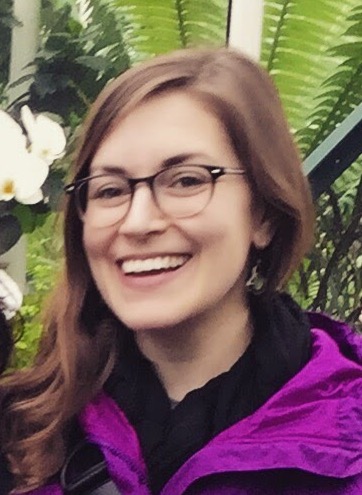 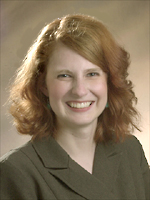 The 2017 Margaret T. Lane/Virginia F. Saunders Memorial Research Award is awarded to Sarah Potvin and Laura Sare, Texas A&M University Libraries, for their outstanding article, “Public Goods and Public Interests: Scholarly Communication and Government Documents in Research Libraries,” published in portal: Libraries and the Academy. In looking at the histories of government information services and scholarly communication efforts in research libraries, this very timely article highlights the shared goals of these seemingly diverse library units in terms of open and persistent access to resources and argues for a closer engagement between these units. The article posits that “government funding of scholarly research has forged a shared space” between these library units, while “... infrastructures that libraries are building to enable open access publication and to ensure long-term preservation of digital scholarship might also serve the collection, dissemination, and preservation of government information, outside of FDLP boundaries.” The Awards Committee noted the extensive variety of government publications, both contemporary and historical, used to inform the article; the relationship of the article to an issue of current importance in librarianship; and the broad audience appeal of the article. 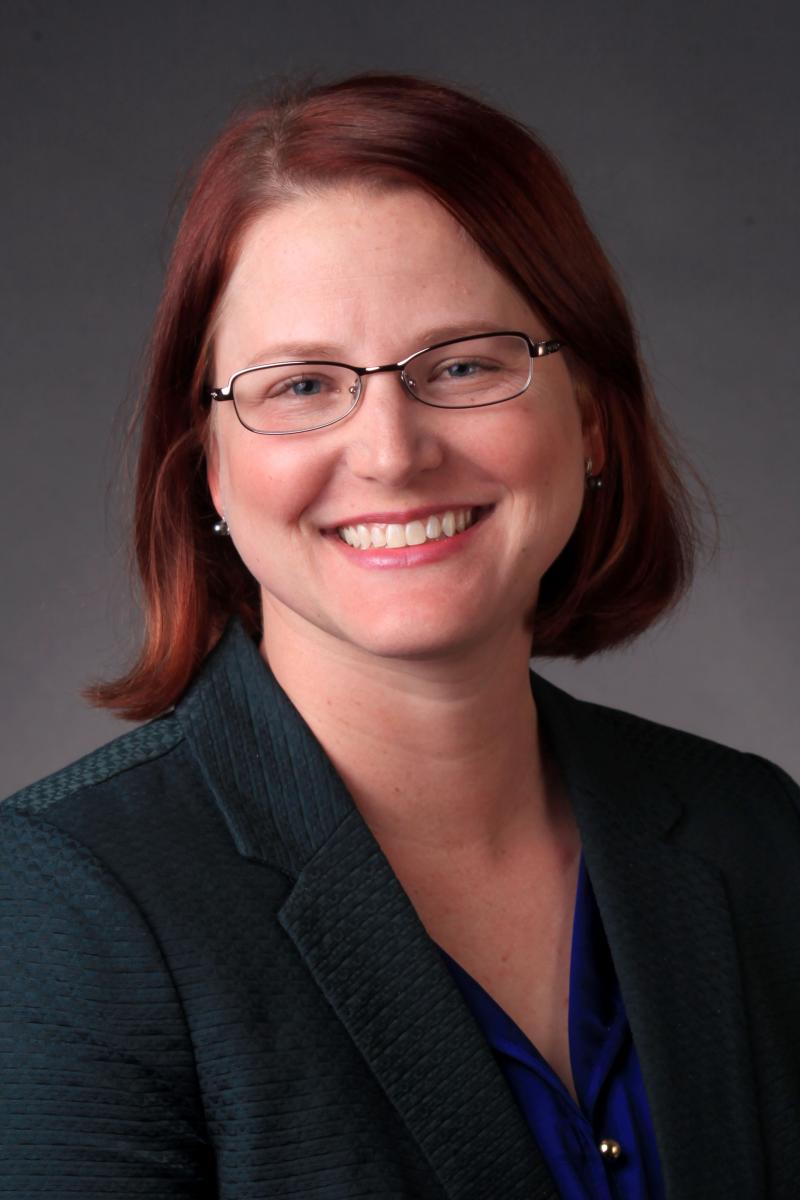 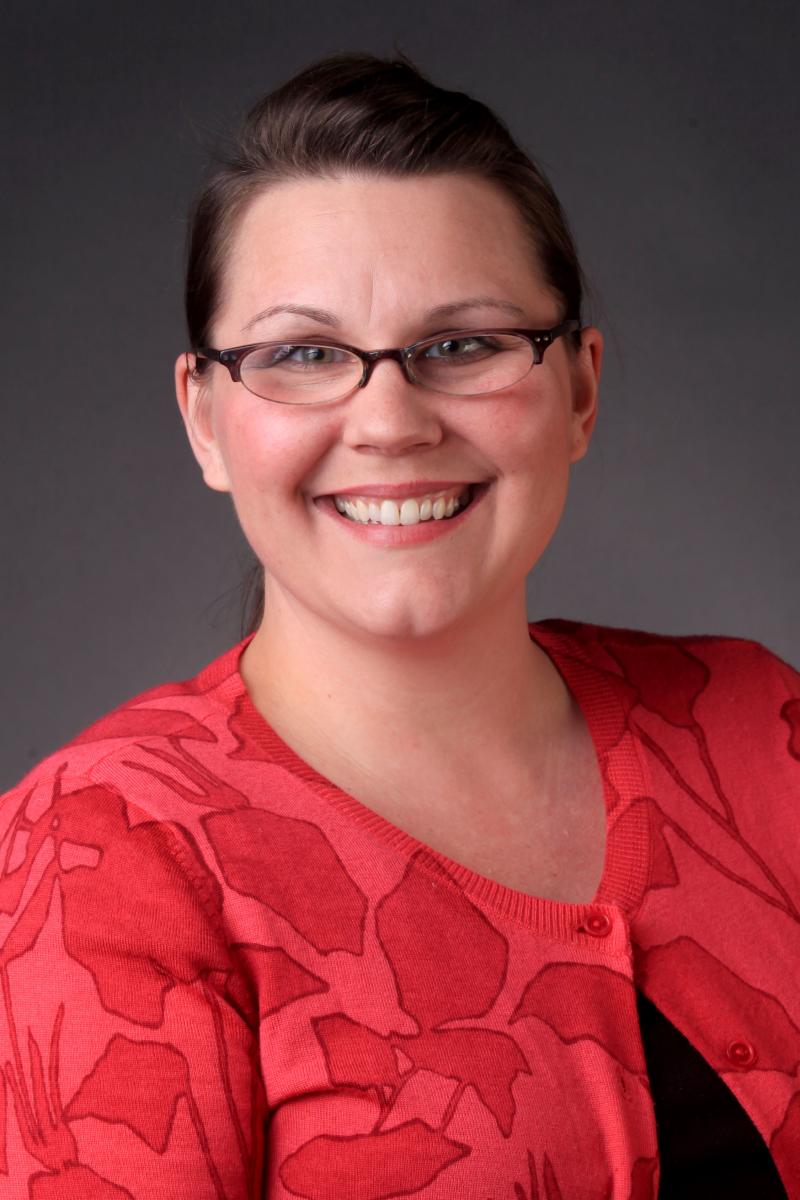 Hayley Johnson of Nicholls State University and Sarah Simms of Louisiana State University are the 2017 recipients of the NewsBank/Readex/GODORT/ALA Catharine J. Reynolds Research Grant. This award provides funding for research in the field of documents librarianship, or in a related area that would benefit the individual's performance as a documents librarian or make a contribution to the field. Ms. Johnson and Ms. Simms intend to create an interactive online research guide about Camp Livingston, Louisiana, and its role in Japanese-American internment. Rather than simply producing a website that serves as a bibliographical tool to locate government documents resources focused on internment, they will include interactive stories of two families whose matriarchs were cousins but who had drastically different experiences during WWII. “Through an Extended Lens: Louisiana, Internment, and the Geography of Chance” is exactly in keeping with the Reynolds Award. GODORT is proud to support these two scholar-librarians in their planned research trip to the National Archives and in the building of their web site. To quote Dr. Erin Greenwald, this timely work may help today’s students “consider how the unequal distribution of rights in the past undermined America’s standing in the world,” and connects directly with today’s discourse about protection of rights for all Americans. 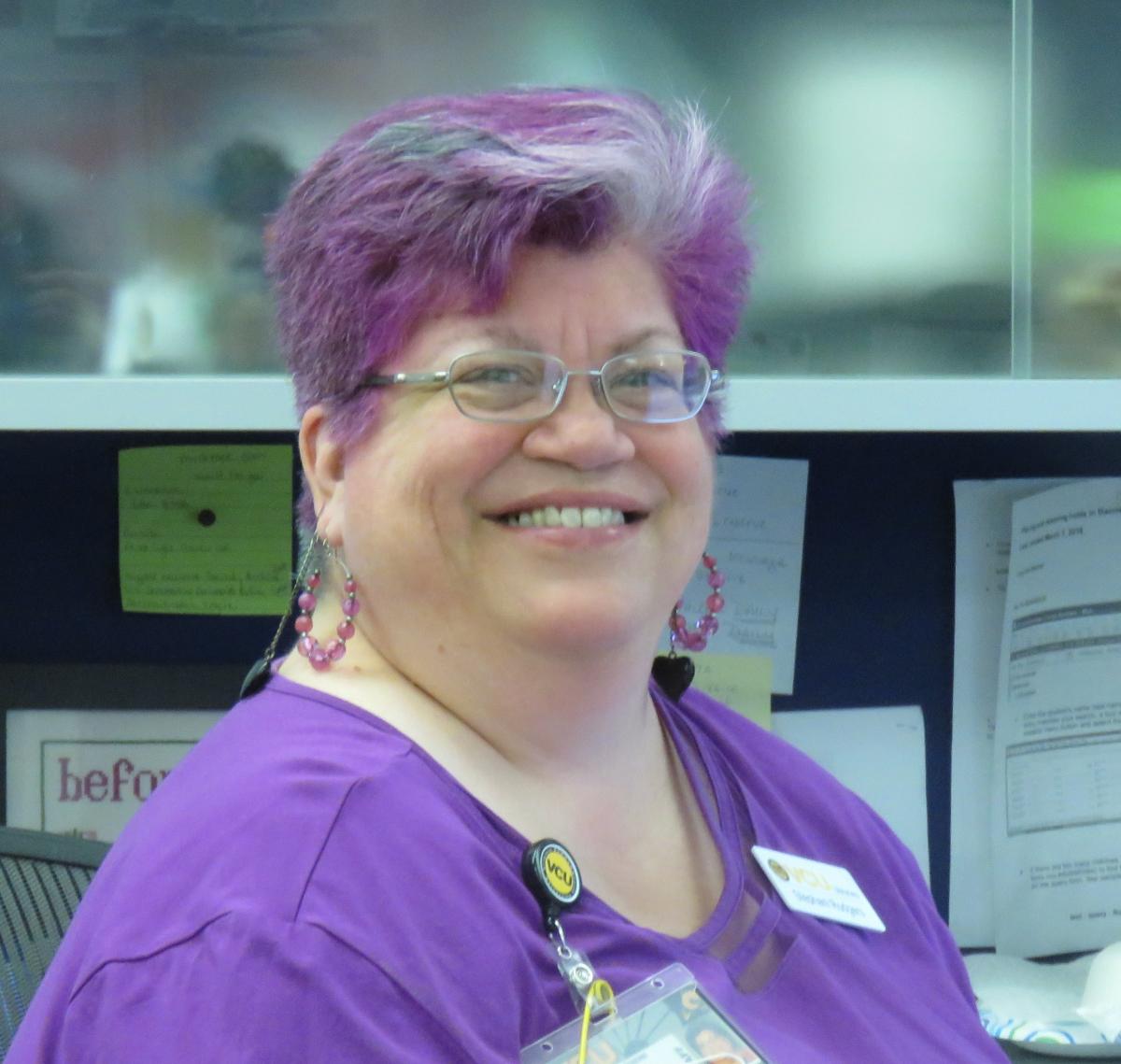 The 2017 W. David Rozkuszka Scholarship awardee is Stephani Rodgers, an MLIS student at the University of South Carolina who has maintained a 4.0 GPA while also serving as the Depository Coordinator at the Virginia Commonwealth University (VCU) Libraries. With 25 years of experience in libraries, Stephani’s many accomplishments include her enthusiastic and adept reference work in government documents at North Carolina State University, her current instructional and liaison role with the L. Douglas Wilder School of Government and Public Affairs, and her recent successful completion of a government documents weeding project at VCU. Throughout this weeding project, Stephani worked thoughtfully and thoroughly with multiple stakeholders, exhibited superb leadership skills and demonstrated a deep knowledge and passion for government information. Stephani also holds a Masters in Homeland Security and Emergency Preparedness and presented a poster on Constitution Day Programming at the 2016 Federal Depository Library Conference. She is a sought-after teacher and, in the words of a colleague, “delights in the complicated, intricate, and sometimes idiosyncratic nature of documents and enjoys the challenge of difficult research questions.”

The inaugural recipient of the 2017 Larry Romans Mentorship Award is Lisa Janicke Hinchliffe, Professor and Coordinator for Information Literacy Services and Instruction, University of Illinois at Urbana-Champaign. In its first year, the Romans Mentorship Award is co-sponsored by GODORT and the Gay, Lesbian, Bisexual, and Transgender Round Table (GLBTRT) with the purpose of recognizing librarians who, through their sustained mentoring efforts, have made a difference in our profession.

Ms. Hinchliffe’s nomination letter outlined her unwavering dedication to helping others become the best professional they can be, both within Illinois’ School of Information Sciences and in her many years of service to the American Library Association and the Association for College and Research Libraries. Her supporting letters continued on this theme and brought home to the Awards Committee the number of lives she has touched through her work.

Besides being presented with a citation and $1,000 at the GODORT Awards Reception at ALA Annual, Ms. Hinchliffe will also be recognized at the Stonewall Book Awards Program.