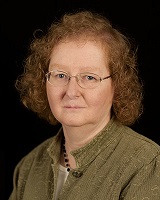 Helen M. Sheehy is the recipient of the 2016 James Bennett Childs Award. This award honors a person who has made a lifetime and significant contribution to the field of documents librarianship, and is based on stature, service, and publication. Helen's nomination highlighted the nearly 30 years of service she provided to the documents community but most especially in the area of international documents librarianship and in the broader area of mentoring of other documents librarians. Helen is well known within GODORT for her many years of service, including her most recent appointment as GODORT Chair. One comment from the many letters of support sums up best the reason for her receiving this award, "I think the impact of Ms. Sheehy’s engagement in teaching and learning at the local level — combined with her extensive achievements as a government information professional at the national and international levels — seem to me a perfect fit with the type of career contribution that the James Bennett Childs Award was designed to recognize."

The Federal Reserve Bank of St. Louis and Katrina Stierholz, Director of the Bank’s Library and Research Information Services, have been selected as the 2016 recipient of the ProQuest/GODORT/ALA "Documents to the People" Award. This award is a tribute to an individual, library, institution, or other non-commercial group that has most effectively encouraged the use of government documents in support of library service. The St. Louis Fed provides free public access to a wide variety of economic and financial data via an array of databases, including FRED, ALFRED, GeoFRED, and FRASER. Those who submitted letters of support for the nomination noted the exceptional value of the databases, which offer content that is deep, wide, reliably-available, and supported by an impressive range of technologically-advanced tools. Katrina’s extraordinary efforts to continually grow and support the databases are also highly praised, as is the Fed’s initiative to digitize relevant publications and make them available via their own website and the Digital Public Library of America (DPLA). The DttP Award acknowledges the depository community’s deep regard and appreciation for the Bank’s and Katrina’s commitment to enabling access to government data and information. 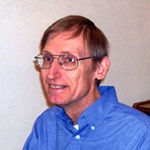 Alan Zoellner is the 2016 winner of the Bernadine Abbott Hoduski Founders Award. Alan is currently Research and Government Information Librarian at the College of William & Mary. This award recognizes documents librarians who may not be known at the national level but who have made significant contributions to the field of state, international, local or Federal documents. The award recognizes those whose contributions have benefited not only the individual's institution but also the profession. Widely regarded as an “esteemed colleague” in the tight-knit Virginia documents community, Alan has been selected for this award in recognition of his service to Virginia and of his mentorship of other librarians over his long career. Having developed his documents reference skills back in the “semi-dark ages,” his knowledge is deep and he is generous in sharing that expertise with students, faculty, and other librarians. His colleagues characterize him as “unassuming, charming, and endearing, a joy to work with.” A tireless advocate for free public access, Alan is also recognized for managing an extensive depository collection and working to have it cataloged. Recently, he has agreed to build his library’s collection of Congressional Budget Office publications into an ASERL Center of Excellence, benefiting the region and the nation. 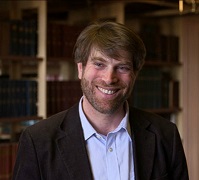 The 2016 Margaret T. Lane/Virginia F. Saunders Memorial Research Award is awarded to Adam Rothman, Professor of History at Georgetown University for his research in writing: Beyond Freedom's Reach: A Kidnapping in the Twilight of Slavery.

Professor Rothman successfully utilized numerous government documents (both federal and state), maps, and primary sources throughout his research. Specifically members of the Awards Committee were impressed with his use of primary sources including documents from the Congressional Serial Set and the Congressional Globe; the Slave schedules from the U.S. Census; Official Records of the War of the Rebellion; as well as legal records from the state of Louisiana and primary newspaper accounts. It is noteworthy specifically because the award honors Margaret Lane, author of the seminal work on state documents, and Virginia Saunders, who was instrumental in the continued production of the U.S. Congressional Serial Set. We appreciate the excellent research he accomplished – a model in the use of primary governmental sources. 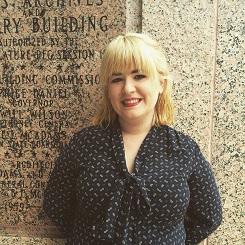 The 2016 W. David Rozkuszka Scholarship is awarded to Julie Wagner, who is entering her second year at the University of North Texas School of Information. Julie is tailoring her degree for future work in government documents by taking classes such as “Government Information and Access Services” and “Document and Records Management.” She hopes to graduate in December 2017. In her essay, Julie wrote eloquently of the challenges facing government collections in the digital age. Documents librarians, she writes, obviously provide added-value, as we are rich sources of both information and research skills, but we are often unknown to larger communities that might benefit from our knowledge and collections. Julie started her library work in the circulation department of her undergraduate college, where she worked for three years before moving on to the post of Archives Assistant in the College Archives. After graduating, she shuttled between circulation jobs at two public libraries, until she found her way to a Library Assistant job, and ultimately a Government Information Analyst position at the Texas State Library and Archives Commission. Her current supervisor notes “Julie demonstrates great passion and enthusiasm for her work and provides great service to our patrons. In her short time in this position she has developed training videos and written guidance on managing government records. She shows great growth and potential in this position as she furthers her experience and education."