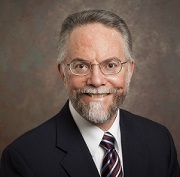 John A. Stevenson is the recipient of the 2015 James Bennett Childs Award. This award honors a person who has made a lifetime and significant contribution to the field of government documents and their use in libraries. The many letters received in support of John’s nomination describe his valuable contributions to our profession through his diligence in working with GPO and FDLP colleagues in the detailed operational matters for acquisition, distribution, cataloging and classification of government information, including fugitive publications. His nomination noted the outstanding contribution he made as webmaster and editor of the Toolbox for Processing and Cataloging Federal Government Documents. Over the years John has been very active in the Maryland-DC-Delaware region of depository libraries as well as on the national level, including chair ship of numerous GODORT and MAGERT Committees and GODORT in 2004-2005. In the nomination materials, John’s colleagues describe the knowledge, energy, and leadership abilities that he has so generously shared with us throughout his career. He has served as a mentor and model for numerous young librarians within the government documents community. John’s dedication to making government information accessible, through his quiet, yet constant support for effective and efficient distribution and cataloging of government information embodies the principles of the James Bennett Childs Award. 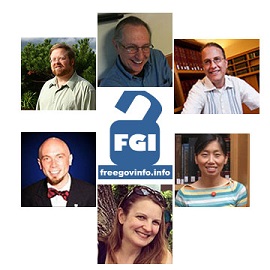 Free Government Information has been chosen as the recipient of the 2015 ProQuest/GODORT/ALA "Documents to the People" Award. This award is a tribute to an individual, library, institution, or other non-commercial group that has most effectively encouraged the use of government documents in support of library service. FGI epitomizes the spirit of the DttP Award by creating an open, public dialogue and building a diverse community. By moving the conversation to more social technologies, FGI has changed the way we think about preserving access to government information. As one letter of support noted, “FGI fills a gap between the specialized and frequently technical discussions taking place on the listserv and the more public conversations that are taking place with librarians of other specializations, professionals and advocates from other disciplines and backgrounds, and even the wider public.” The DttP Award recognizes the work of the many FGI volunteers who, for ten years, have dedicated themselves to advocating for permanent no-fee public access to government information. 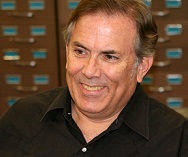 Steve Beleu is the 2015 winner of the Bernadine Abbott Hoduski Founders Award. This award recognizes documents librarians who may not be known at the national level but who have made significant contributions to the field of state, international, local or Federal documents. Steve has been selected for this award in recognition of his outreach and advocacy for government information at all levels. His letters supporting his nomination highlighted his service and mentorship, as a regional depository coordinator, to librarians in Oklahoma, in the region, and nationally as a member of the Depository Library Council. Working collaboratively with his fellow regional at Oklahoma State University, Steve has been effective in keeping staff at selective depositories informed on current developments through meetings and workshops. He organized a “Metrodocs” group for depositories in the Oklahoma City area; he is a frequent speaker at Oklahoma Library Association conferences; and he writes a column for the Oklahoma Librarian; and his work building close relationships with and advocating for Tribal and Tribal College Libraries in Oklahoma. His colleagues lauded his education and outreach efforts. Steve has taught classes all over Oklahoma, Kansas, Arkansas and Texas. Also noteworthy is Steve’s vigilance in keeping abreast of data issues related to the Census Bureau and other agencies and keeping the national documents community informed as well. His letters praise his talent for mentoring and supporting both novice and seasoned selectives, helping many survive budget cuts. As one letter writer commented, “Steve has helped me to advance my career. He has shown me service needs that I would have otherwise overlooked. He has provided partnership opportunities. He has been one of my most esteemed mentors and I consider Steve a friend. He has done much to spread the word and love of government information and is most deserving of this award.” 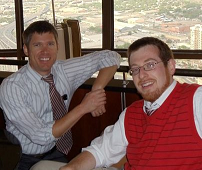 Professors Walter Clark Wilson and William Curtis Ellis are the 2015 recipients of the Margaret T. Lane / Virginia F. Saunders Memorial Research Award for their article “Surrogates Beyond Borders: Black Members of the United States Congress and the Representation of African Interests on the Congressional Foreign-Policy Agenda”, which was printed in Polity volume 46, number 2, pp. 255-273. This award recognizes an outstanding research article in which government documents form a substantial part of the documented research. The article examines how the demographic composition of Congress relates to African issues and suggests that the importance of legislative diversity extends beyond addressing domestic concerns. The authors constructed an exhaustive dataset of member demographics, bill sponsorship and committee hearings from 1979-2008 which dealt with issues specific to Africa. This represents a novel use of these resources and serves to further demonstrate the value of legislative material as an information source. This award was sponsored by Newsbank/Readex, Inc. 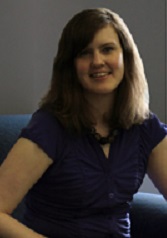 Lynda Kellam is recipient of the 2015 NewsBank/Readex/GODORT/ALA Catharine J. Reynolds Award. This award provides funding for research in the field of documents librarianship, or in a related area that would benefit the individual's performance as a documents librarian or make a contribution to the field. Lynda’s work with the North Carolina Library Association’s Government Resources Section (GRS) certainly makes a significant contribution to our profession. The GRS webinar series “Help! I’m an Accidental Government Information Librarian” has been a valuable source of instruction for accidental and non-accidental government information librarians alike for the past three years.

This grant will allow Lynda and GRS to purchase software that will be used to preserve these webinars and make them more accessible through channels such as YouTube and embeddable in LibGuides. Lynda’s work to make these valuable webinars more accessible to government document librarians helps our community provide permanent no-fee access to government information. As one of her letter writers pointed out "this will benefit not only Ms. Kellam's performance as a documents librarian, but GRS, NCLA and the entire government information community as well". 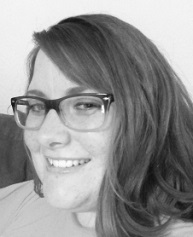 Kelsey Cheshire is a LIS graduate student at the University of North Carolina at Greensboro (UNCG), who plans to graduate in May 2015. She credits her early exposure to librarianship while working at the Austin Peay State University library as the reason she chose to enter the profession. Even though her primary duty was circulation she found herself often assisting students with basic reference questions. Kelsey describes this experience as the motivation for pursuing her graduate degree.In June 2014, Kelsey began working for the UNCG University Libraries as a student assistant to the Documents Manager. She became an integral part of a team tasked to weed and to move the government documents print collection to remote storage during the summer break. Her supervisor and the head of the reference department describe her as a dedicated and hardworking member of the team. Both credit the success of the project to her diligence and good humor. In addition, Kelsey was selected to be an intern in a competitive library internship program at UNCG. Her primary supervisor for the internship praises her commitment to the profession and work ethic. Moreover, as part of the internship she continues to work with the documents team on several projects including a finding aid for the Serial Set collection and promotional materials for the ASERL Center of Excellence collection. Upon completion of her degree, Kelsey intends to pursue a research and instruction position at an academic library and to continue to serve the profession with passion. 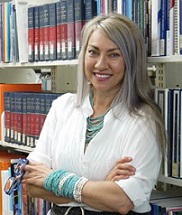 The second recipient of the 2015 W. David Rozkuszka Scholarship is Shelly Gilliam, who currently pursuing a MLS degree at the SIRLS program at the University of Arizona and plans to graduate in May 2015. Her favorite class has been her government documents class, saying that it has put her “on fire” for documents. She got her start in the profession at a small rural public library in Arizona. While there, her supervisor, who describes her as “a natural librarian”, encouraged her to return to school for her MLS degree because of her enthusiasm and dedication. She is currently employed as an academic librarian at Yavapai College in Prescott, AZ, where she wears many hats including responsibility for government documents and library instruction. As the documents supervisor she has created exercises and games to encourage her colleagues to learn about and use documents in their work. Her supervisor notes her enthusiasm for documents and, as an example, points to her leadership of the Arizona State Depository Library Council. Shelly’s long term goal is to become a Public Services manager with rural library. She hopes to use her knowledge and passion to encourage wider use of and engagement with government documents.