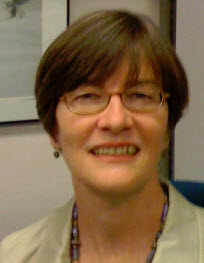 Barbara (Barbie) S. Selby is the recipient of the 2013 James Bennett Childs Award. This award honors a person who has made a lifetime and significant contribution to the field of government documents and their use in libraries.

The many letters received in support of Barbie’s nomination list contributions in a number of areas including: leadership and dedication to providing access to government information, commitment to communication with the selective depositories in Virginia as the Regional Librarian, training initiatives, work with GODORT, the Depository Library Council, and written contributions as well as a variety of presentations. Her contributions span close to thirty years.

Most recently, Barbie led the writing of a new State Plan, developing, with a team of government information librarians around the state, eight initiatives for creating opportunities that will expand the public’s knowledge of government information and promote the services of depository libraries. Barbie has served on a variety of ALA/GODORT committees and as GODORT Secretary. In 1999, she received the Bernadine Abbott Hoduski Founders Award.

Her contributions during her tenure as a member and chair of the Depository Library Council to the Public Printer to the United States, 2003-2006 were invaluable. She was able to begin to pivot the thinking of both the depository community and the U.S. Government Printing Office toward a more flexible, forward-thinking Federal Depository Library Program (FDLP). She continues to challenge the entire depository community to think in new and more creative ways to sustain the FDLP without compromising access to government information. She is always thinking about library collections broadly and with a practical eye, always with the user in mind.

In short, Barbie has inspired documents professionals with her expertise, skillful interpersonal relationships, and enthusiasm for public access to government information. She has done great things for Virginia’s depository libraries as well as the nation’s. And to quote from one of her letters of support as to why she was selected for the Childs Award – “I feel certain that Barbie is not done yet.” 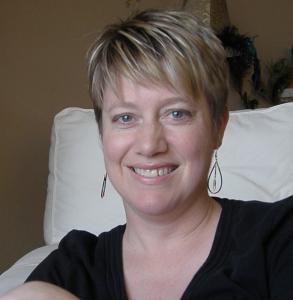 The 2013 ProQuest/GODORT/ALA Documents to the People Award is awarded to Kirsten Joy Clark for her distinguished achievement in using technology innovatively to facilitate and expand public access to government information. The award honors an individual and/or library, institution or other non-commercial group that has most effectively encouraged the use of government documents or information in support of library service.

Kirsten’s dedication and contributions exemplify the phrase “Documents to the People” and make this award well deserved. 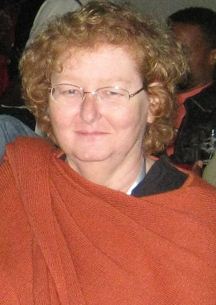 The 2013 Bernadine Abbott Hoduski Founders Award is given to Helen M. Sheehy. This award recognizes documents librarians who may not be known at the national level but who have made significant contributions to the field of state, international, local or federal documents.

This award is presented to Helen for her commitment to promoting the use of and interest in international government information. Her passion for international relations is evident in the list of publications in peer-reviewed journals and leadership in IFLA and GODORT. Among Helen’s many accomplishments was her contribution to the success of a three day seminar at the Russian State Library in Moscow while she was Chair of Government Information and Official Publications Section (GIOPS) of the International Federation of Library Association and Institutions (IFLA).

She has spearheaded efforts to acquire the original Center for Indigenous Knowledge and Rural Development (CIKARD) collection for the University Libraries at Penn State. Recently, she was invited to speak with librarians in Ethiopia about the relationship of indigenous knowledge and international government resources, later providing moving testimony on the conditions there. She has been an active member of the United National Association of Centre County, a non-profit organization dedicated to building understanding of and support for the ideals and vital work of the United Nations.

Each of the letters of recommendation submitted on her behalf noted her calm and patient manner, her qualities as a gifted and unassuming scholar, and her preference to be a behind the scenes person. One simply stated that, "she is much smarter than most of us." These characteristics along with your many accomplishments embody the principles of the Hoduski Founders Award. 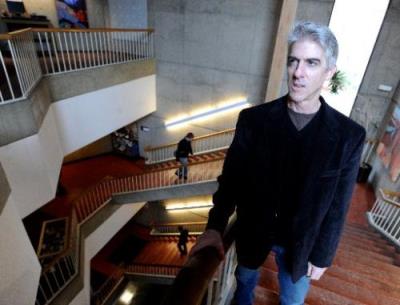 Bruce Montgomery is the 2013 the recipient of the Margaret T. Lane / Virginia F. Saunders Memorial Research Award for his article, “Saddam Hussein’s Records of Atrocity: Seizure, Removal, and Restitution,” which was printed in the American Archivist vol. 75, pp. 326-370.

The article deals with the Iraqi state documents stemming from Saddam Hussein’s regime that remain in the possession of the United States government since the 2003 American invasion of Iraq. The various caches of state security documents had been removed from Iraq under highly unique circumstances as a result of internal rebellion and the more than a decade of hostilities between the United States and Iraq. This article examines the circumstances surrounding these removals, their custody and use, and the status and limits of international laws of war regarding their capture and return.

The companies sponsoring this award are ProQuest LLC and Newsbank/Readex, Inc. 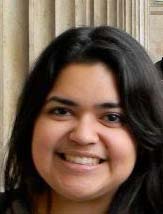 Madeline Sheldon is a graduate student at the University of Michigan, School of Information and one of two recipients of the 2013 W. David Rozkuszka Scholarship.

Madeline recounts how libraries helped her throughout her school years with research and then after graduation with locating resume and employment resources. From this firsthand knowledge of the importance of libraries, she developed a strong commitment to the values of free and open access to information for all. As a Scholar Student in the LIS Access Midwest Program that encourages students from underrepresented populations to enter the profession, she was already excited about government documents. These experiences greatly influenced her decision to attend library school.

In Michigan’s Stephen S. Clark Library for Maps, Government Information, and Data Services, Madeline assists with collection management for state, federal, and international collections. She also takes on special projects and serves on the reference desk. Colleagues speak of her professionalism and expertise in dealing with even the most daunting of data questions as well as her independent and creative initiative in everything she undertakes.

Upon completion of her degree, Madeline hopes to have responsibility for digital information and preservation within an institution. She understands the importance of maintaining high digital standards and is committed to assuring that not only these materials but also older tangible documents will be available to users in the future.

The second recipient of the 2013 W. David Rozkuszka Scholarship is LiMin Hang, a graduate student at Indiana University’s School of Library and Information Science. While in the library school program, her love of history and other cultures has evolved into interests in government documents and law librarianship. Upon completion of her degrees, she hopes to work in one or a combination of these areas, ideally in either an academic or special library setting. 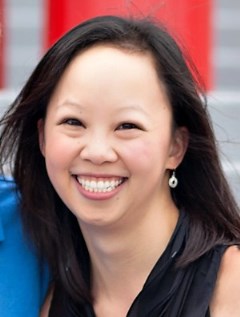 Currently LiMin juggles a very full schedule that includes several part-time library jobs, a demanding class schedule, and the E. Lingle Craig Fellowship at Indiana, Bloomington’s Herman B. Wells Library. Her job responsibilities nicely coincide with her areas of interest. She is a Reference Assistant at the Libraries Reference Service Department and she is the Bindery Assistant at the Maurer School of Law Library.

For the Fellowship, she serves on the reference desk, updates webpages of parliamentary finding aids, creates a Hathi Trust guide for Indiana documents relocated to an offsite facility, and creates an interactive training module covering federal documents for new librarians and reference staff. A colleague describes her as, “… a one-woman force trying to educate us and raise our awareness with regard to ”gov docs.”