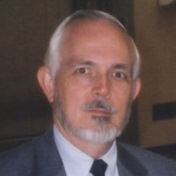 John B. Phillips is the recipient of the 2012 James Bennett Childs Award. This award honors a person who has made a lifetime and significant contribution to the field of government documents and their use in libraries.

The many letters received in support of his nomination list contributions in a number of areas including: leadership as a government documents librarian, teaching and mentoring of government documents librarians, work with GODORT, the Depository Library Council, the Patent Depository Library Association, the Oklahoma Library Association, contributions to the TRAIL project, and work with publishers creating highly valued reference tools and documents collections. His contributions span close to forty years.

Many of his letters speak words of great praise for his career in the Government Documents Department at Oklahoma State University, starting as a documents cataloger, moving up to department head, and later adding the title Director, Digital Oklahoma Maps Collection. In addition, the letters speak of John’s commitment to the students and faculty at Oklahoma State and the seriousness with which he carried out his role as regional depository librarian. Also mentioned was John’s passion for advocating the primary research value of historical government publications and his love for speaking about how to find and use historical materials. (Please ask him about barbed wire!) The McCasland Digital Collection of Early Oklahoma and Indian Territory Maps was often pointed to as a great example of his work.

John’s letters noted his role as a teacher and mentor. For many years, he taught the government publications course at the University of Oklahoma School of Library and Information Studies. He has influenced many librarians over the course of his career, including some whose names are well known in depository circles and some whose names will become known in the next few years.

His association with GODORT has been long and productive including chairing the Rare and Endangered Publications Committee and the Awards Committee. He also served as secretary of the Ad Hoc Committee on Digitization of Government Information and, in 2003, he received the Bernadine Abbott Hoduski Founders Award.

In short, John is a leader within the national field of government documents librarianship, and his professional endeavors are of the highest quality and value to the profession. Two quotes from his letters of support sum up why he was selected for the Childs Award: “John loves government documents and one of his greatest joys is sharing and inspiring this love with others” and “John has been one of the most dedicated, caring, knowledgeable, and informative government information librarians I’ve ever known.”

The 2012 ProQuest/GODORT/ALA Documents to the People Award is awarded to the Association of Southeastern Research Libraries (ASERL) Collaborative Federal Depository Program (CFDP).

This award is given to the ASERL CFDP as it offers an achievable and sustainable plan for the development and preservation of comprehensive depository collections on a multi-state level. The elements noted in the nomination are:

The ASERL CFDP concept takes advantage of today’s technological advances and challenges librarians to think beyond their own environment and to envision a truly cooperative depository world, where the ultimate goal is actively promoted government information collections, a dedicated service environment, and protection, for all time, of the unique and powerful content of government publications. This embodies the phrase “Documents to the People” and makes this award a well-deserved one.

Harold Relyea is the 2012 recipient of the Margaret T. Lane / Virginia F. Saunders Memorial Research Award for his article, “The Federal Register: Origins, formulation, realization, and heritage” which was printed in Government Information Quarterly, July 2011, vol. 28, no. 3, pgs. 295-302.

The article focuses on the origin and development of the Federal Register, its significance as a publication, its role in creating greater government transparency and the legacy of the Federal Register Act. This article cites government information from hearings, statutes, court cases as well as documents, reports, and files in the National Archives from a wide variety of federal agencies, the Weekly Compilation of Presidential Documents, and congressional testimony.

The 2012 recipients of the Catharine J. Reynolds Research Grant are Helen Sheehy and Kristene Unsworth.

Helen Sheehy is the Head of the Social Sciences Library at the Paterno Library, Pennsylvania State University. She has been a government information librarian and active member of GODORT and IFLA for over 20 years. She has presented nationally and internationally and published extensively, particularly in the area of international government information.

Kristene Unsworth is an Assistant Professor in the iSchool at Drexel, College of Information Science and Technology, Drexel University. She has published and presented extensively in the areas of information policy, ethics and e-government.

The Reynolds award stipend will be used to fund the transcription recordings of focus groups conducted during the study. The results will then be used to highlight this aspect of library science education, to improve IPL2 training materials and to inform the design of government information courses in Library and Information Science programs.