Dali and Caidi were recognized at the,combined, EMIERT & ODLOS Chairs Program titled: Arab American Literature – A Librarian’s Guide. The event was held on Saturday, June 23, 2018, at 2:00 p.m., at the Morial Convention Center in New Orleans.  Both Dali and Caidi received commemorative plaques and shared a $500 cash award.

The awards were presented by Mimi Lee and Andrea Jamison

Dr. Carl Nordstrom’s published work Nyack in Black & White that documents the development of the racial origins and relations of the village of Nyack and its surrounding communities. The study covers over 300 years of history.

James Mahoney, Director of the Nyack Library, says “Dr. Nordstrom’s work and subject matter are integral to both the Library and the community of the Nyacks”. The EMIERT Award Committee was impressed by the author’s insightful assessments.

Dr. Nordstrom will receive an appreciation letter and a $300 check thanks to the support of Routledge Library Reference. The Committee applauds Dr. Nordstrom’s accomplishments and thanks all the nominees.

The Editorial Team of Bridging Cultures: Ethnic Services in the Libraries of New York State 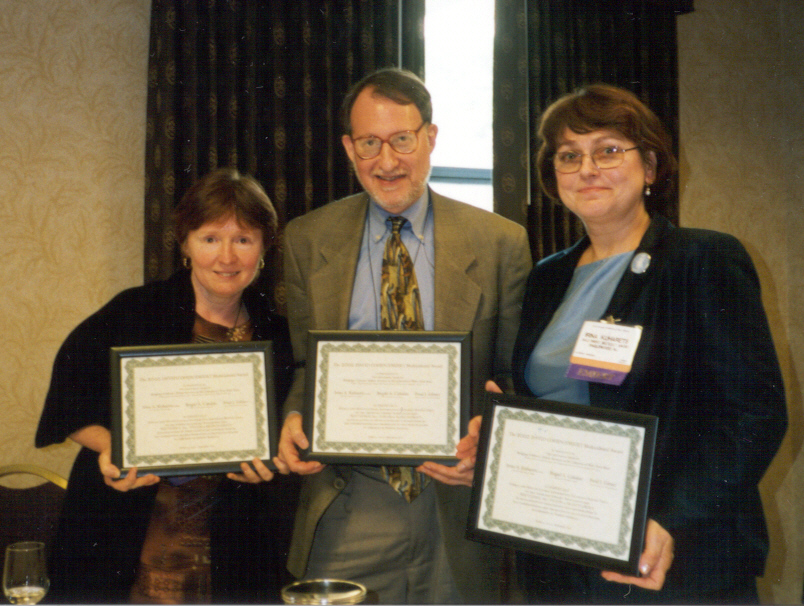 From left to right, Brigid A. Cahalan, Fred J. Gitner, and Irina A. Kuharets 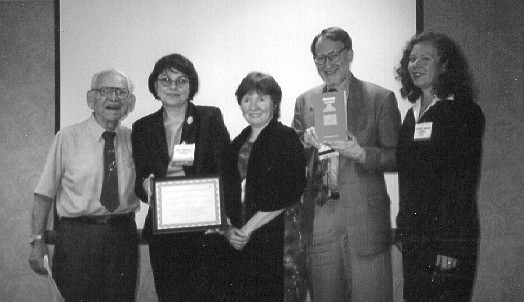 From left to right, David Cohen, Irina A. Kuharets, Brigid A. Cahalan, Fred J. Gitner, and a representative from Routledge, Inc.

Routledge, Inc., of the Taylor and Francis Group sponsors the award.

Please join us in applauding Ms. Kuharets, Ms. Cahalan, and Mr. Gitner for their commitment and contribution to multiculturalism in libraries.

The EMIERT Award Committee wishes to thank all nominees for this year's award and looks forward to receiving nominations for the 2003 award.