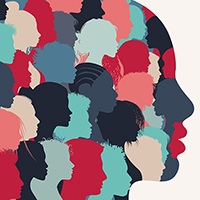 In September 2019, the Public Library Association (PLA), along with the American Library Association’s Office for Diversity, Literacy and Outreach Services (ODLOS); Association of College and Research Libraries (ACRL); and Association of Research Libraries (ARL) announced the formation of the Building Cultural Proficiencies for Racial Equity Framework Task Force. The task force was charged to create a framework for cultural proficiencies in racial equity that can be used in public and academic libraries through: scanning the environment, including review of relevant documents (such as ACRL Diversity Standards: Cultural Competency for Academic Libraries) to identify literature and similar statements and frameworks related to racial equity; drafting the framework; seeking comment from stakeholders and the library community on the draft; and revising as needed.

Since its formation, the task force has held status updates at the June 2021 ALA Annual Virtual Conference and Exhibition and April 2021 ACRL Conference. Through February 2021, the task force developed a logic model, with facilitation by Katherine Skinner, executive director, Educopia Institute. In May 2021, Christina Fuller-Gregory, assistant director of libraries, South Carolina Governor’s School for the Arts and Humanities, joined the task force to build on the logic model, as well as an environmental scan and findings from a cross-sector survey, to lead the framework development.

The initial draft framework includes an introduction, four frames, a glossary, and resources for further reading.

An information session for all public library workers took place on February 23, 2022:

Following the close of the comment period on March 2, 2022, the task force will review and incorporate feedback for a potential final draft. If substantial feedback is collected through the online website and virtual forums and significant revisions are needed, a second revised draft framework will be shared widely for comment. When the framework is finalized, it will go through the approval process for adoption by the four organizations, ACRL, ARL, ALA, and PLA.