Public libraries need more data and evidence to demonstrate their value to their communities, but collecting the data is only half the battle. How do you communicate it? How do you use it to make strategic decisions? Data visualization can help libraries better understand their data and feel confident communicating their impact back to their communities. In this on-demand webinar, attendees learn best practices for how and when to use data visualization, helpful tools for creating visualizations, and how to apply these tips using Project Outcome.

This on-demand webinar is open to everyone. PLA’s Project Outcome is a free online toolkit designed to help public libraries understand and share the impact of their programs and services by providing simple surveys and an easy-to-use process for measuring and analyzing outcomes. To learn more, watch this introductory video or register for free at www.projectoutcome.org. 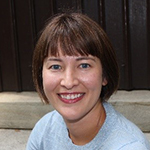 a Johnson has worked in public, academic, and special libraries, as well as archives. She joined the State Library of North Carolina in 2014 as the data analysis and communications consultant and state data coordinator. She administers the annual public library survey for North Carolina and provides consulting services for developing programmatic evaluations, finding library and community data, and communicating data. 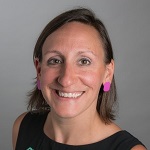 Emily Plagman is the manager of impact and advocacy for the Public Library Association and manages PLA’s performance measurement initiative, Project Outcome. Prior to joining PLA, Emily worked as a project manager at the Chicago Metropolitan Agency for Planning on an energy efficiency grant. Emily received her Master’s in International Public Affairs from the LaFollette School of Public Affairs at the University of Wisconsin and her Bachelor’s in Political Science at Marquette University.