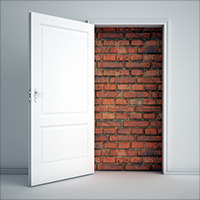 With public libraries increasingly eliminating fines as a means of reducing barriers to library access, Milwaukee Public Library and the University of Wisconsin-Milwaukee School of Information Studies dared to ask the most basic question: why don’t people return their books?

In the fall of 2016, more than 10,000 people in the City of Milwaukee, WI had their fines forgiven and their library privileges restored. Within 90 days, 8% of those individuals found themselves in the same position, with fines and fees blocking access. Would fine elimination solve this problem, or were other factors preventing materials from timely return?

Learn how the research team developed the methodology, executed the study, and what the surprising survey data revealed to help the team better understand the precipitating behavior.

Access to an auto-captioned version in Zoom is available with purchase.

This on-demand webinar will be most helpful to library directors, managers, and administrators. Any library seeking to make changes to fines or lending policies could benefit from learning about the data points used in the study. All library staff seeking to identify and understand barriers to community use of library resources may also find the survey results helpful. 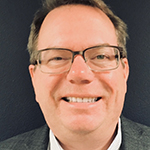 Steve Heser has worked at Milwaukee County Federated Library System for nearly 14 years, most of those in a systems administrator capacity assisting libraries to meet their technological needs. His current professional interests involve SQL and data mining for libraries. 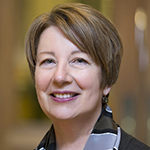 Paula Kiely was appointed director of Milwaukee Public Library (MPL) by Mayor Tom Barrett in September 2006, making her the 11th director in the library’s 138-year history. Kiely joined MPL in 1995. During her tenure, she has worked as children’s and young adult librarian, children’s services coordinator, and deputy city librarian/central library director. Under her leadership, the library revitalized its early literacy program, completed a data-driven strategic plan, and developed a comprehensive facilities plan. This plan is underway with a major upgrade of the branch library system, using an innovative mixed-use model to rebuild 6 of its 12 branches. A Milwaukee native, Kiely earned her Bachelor of Fine Arts and Master of Library and Information Studies from the University of Wisconsin-Milwaukee (UWM). She was honored in 2002 as UWM’s School of Information Studies Graduate of the Decade and was selected as one of the Business Journal’s 2011 Women of Influence. 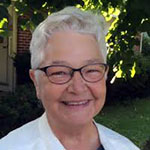 Joyce Latham, PhD, came to LIS education after an extended career in libraries. She has previously held positions as the head of automated services at Southern Maryland Regional Library and the head of information technology at Chicago Public Library. After her PhD studies at the University of Illinois, she returned to public libraries as library system director in upstate New York. Now at University of Wisconsin -Milwaukee’s School of Information Studies, she specializes in public libraries, intellectual freedom, and library history.

* Group rate is for single library access, including all its branches/outlets. It applies if an on-demand webinar will be viewed by multiple people—viewing on an individual basis and/or in groups. Please contact plawebinars@ala.org for special pricing if you wish to share access to an on-demand webinar across multiple libraries in a consortium.

To playback an archived webinar you should have either the latest version of Flash running on your computer, or use a browser with native HTML5 support. Please use the most up-to-date version available of Chrome, Safari, Firefox, Opera, or Internet Explorer. A fast Internet connection and computer is recommended.