Public libraries are increasingly responding to violent and inflammatory speech and targeted attacks on their buildings, workers, and patrons. Over the last two weeks of September, libraries in five cities faced bomb or shooting threats that resulted in canceled events and closures. These incidents also come directly on the heels of widespread intimidation related to censorship in the past year. Thankfully, no one was hurt in these recent threats, but the stress and disruption of service take a toll on library workers and the communities they serve.

Facing such threats to our basic safety can often be traumatic and isolating. The Public Library Association (PLA)—in collaboration with the Urban Libraries Council (ULC) and the Association for Rural and Small Libraries (ARSL)—invites all library workers to join a virtual event to reflect and share with public library colleagues across the country. During this event, panelists participated in a facilitated conversation that explored effective policies and practices to improve safety and security for library staff and patrons, and invited questions and resources to be shared among all attendees.

We invite attendees of the virtual town hall who are PLA members to continue the conversation by sharing your thoughts, questions, or experiences in this discussion thread on ALA Connect (login required). ULC and ARSL members can connect via those membership communities, and we encourage all attendees to tap into your own networks to share information, ideas, and support.

At the conclusion of this on-demand town hall, participants will be able to:

This free on-demand town hall is intended for library staff affected by, or concerned with, the recent increase in targeted attacks on public libraries. 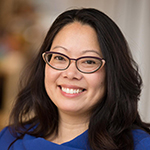 Maria McCauley is director of libraries for the City of Cambridge (MA) where she oversees administration, finance, facilities, and operations across seven libraries. She began her library career twenty-three years ago at the Cambridge Public Library in circulation and reference services. Before returning to Cambridge, she served as the director of libraries in Santa Monica (CA), director of libraries for the City of Somerville (MA), and held several library positions at Northeastern University (Boston, MA). She is president of the Public Library Association, has served on the American Library Association’s Executive Board, and is on the Board of Advisors of Beacon Press. 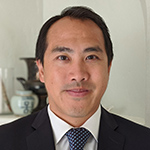 Justin Lock is the senior counsel to the director for the US Department of Justice, Community Relations Service (DOJ CRS). The DOJ CRS is the department’s “peacemaker” in community disputes arising out of race, color, and national origin, and is empowered to prevent and respond to community tensions resulting from violent hate crimes on the basis of these three categories as well as gender, gender identity, sexual orientation, disability, and religion. Justin previously served as special assistant for Asian American and Native Hawaiian/Pacific Islander (AANHPI) issues and as a conciliation specialist in the San Francisco Field Office and CRS Midwest Regional Office. He is a graduate of Chicago Kent College of Law and Brown University. 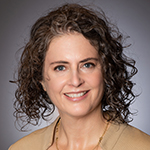 Manya Shorr became the director of the Fort Worth (TX) Public Library in 2017 and was named 2020 Texas Librarian of the Year by the Texas Library Association. She is passionate about the positive impact libraries have on individuals, families, and communities. Prior to joining the Fort Worth Public Library, Manya served in different library leadership positions across the country. 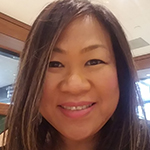 Leah Esguerra is a California Licensed Marriage and Family Therapist (LMFT) and is the nation’s first full-time library social worker with San Francisco (CA) Public Library (SFPL). Leah supervises the SFPL Social Service Program, which consists of a team of health and safety associates who are library outreach workers with lived experiences. Under Leah’s supervision, the library social service team has received national and international attention in the library community and proved to be a model on which other libraries have created their own programs. Prior to working at the SFPL, Leah worked as an intensive case manager and clinical supervisor for the Department of Public Health for eight years. She also worked as a child therapist and children’s advocate for five years at a domestic violence shelter in San Francisco. Leah served as co-chair of the PLA Social Work Task Force from 2018–2020. She speaks internationally on providing social services in a library setting and as an advocate for people experiencing homelessness and mental health issues. 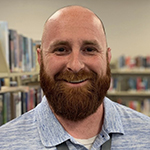 Dustin Koopman is the director of security at Mid-Continent Public Library (Independence, MO) and is responsible for its thirty-four branches and four administrative support buildings. Dustin has trained multiple libraries and staff members on security practices in libraries. Prior to working for Mid-Continent, he was a law enforcement officer who spent nearly a decade in the Greater Kansas City area. Dustin received his master’s degree in organizational leadership, and is a member of Sigma Beta Delta national honor society.

This on-demand town hall is free and available 24/7 for your viewing convenience.

To playback this archived recording you should use a browser with native HTML5 support. Please use the most up-to-date version available of Chrome, Safari, Firefox, Opera, or Edge. A fast Internet connection and computer is recommended.

Credit hours, CEUs, or a certificate of completion are not available for this on-demand town hall.

Presented by the Public Library Association (PLA) in collaboration with the Urban Libraries Council (ULC) and the Association for Rural and Small Libraries (ARSL).