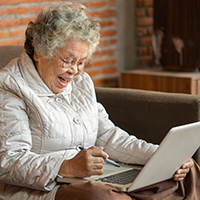 How to provide library service to seniors, the most vulnerable population affected during COVID-19, has been the question raised by outreach librarians across the United States. According to the Centers for Disease Control (CDC), eight out of ten deaths related to COVID-19 are individuals aged sixty-five years and older. While we might not be able to visit our seniors or facilities in-person for the foreseeable future, libraries can still reach this population while they shelter in place. During this on-demand webinar David Kelsey of the St. Charles (IL) Public Library District and Glenna Godinsky of the Gail Borden Public Library District (Elgin, IL) recommend tips and tricks for serving the senior demographic during COVID-19.

Access to an auto-captioned version in Zoom is available with purchase.

This on-demand webinar is intended for outreach staff, community engagement staff, adult services staff, and bookmobile services staff with no previous knowledge of the topic. 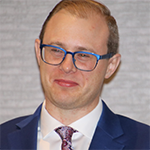 David Kelsey has been the outreach services librarian at the St. Charles Public Library in St. Charles, IL since 2015, where he coordinates the department’s services and programs. David is the president-elect for the national Association of Bookmobile and Outreach Services (ABOS) and has spearheaded outreach interest networking groups for the Reaching Across Illinois Library System, System Wide Automated Network, and Library Integrated Network Consortium. He was a 2017 ALA Emerging Leader and is the recipient of the 2018 ILA Alexander J. Skrzypek Award, the 2018 ASGCLA Exceptional Service Award, and the 2019 ABOS John Philip Excellence in Outreach Award. David has been published in the March/April 2017 and July/August 2018 editions of Public Libraries magazine and was featured in the March/April 2018 edition of American Libraries magazine. David received his MLIS from the University of Rhode Island and is the recipient of the 2019 Alumni of the Year Award. 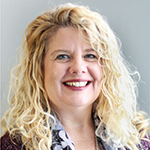 Glenna Godinsky, life enrichment liaison at Gail Borden Public Library District in Elgin, IL and a 2020 Library Journal Mover and Shaker—Community Builder, is a certified dementia practitioner with a background in special education, having run a non-profit organization for at-risk students for over a decade. With her team of twelve volunteers, Glenna designs and implements monthly programming for twenty-four senior/developmental care communities. A co-founder of the Elgin Memory Café and bilingual Café de los Recuerdos, she also led her city to earn the national recognition of Dementia Friendly Elgin, joined the Metropolitan Mayors' Caucus: Age-friendly Communities Committee, and TRIAD, a first-responder group for seniors and community organizations.

* Group rate is for single library access, including all its branches/outlets. It applies if an on-demand webinar will be viewed by multiple people—viewing on an individual basis and/or in groups. Please contact plawebinars@ala.org for special pricing if you wish to share access to an on-demand webinar across multiple libraries in a consortium.

To playback an archived webinar you should have either the latest version of Flash running on your computer, or use a browser with native HTML5 support. Please use the most up-to-date version available of Chrome, Safari, Firefox, Opera, or Internet Explorer. A fast Internet connection and computer is recommended.