Public library directors fill a unique role in their organizations as leaders in both policy and culture. Whether it is a single building rural library to a multi-location big city system, all library directors face a series of similar problems as they strive to keep operations going. Between budgets, politics, policies, and staffing, no two days are the same. In this on-demand panel discussion, experienced directors will share their stories about why they chose this career path, its challenges, and their thoughts on the future of the profession. If you are interested in becoming a director, are already a director looking for some tips, or simply want to learn more about the role, this is the panel discussion for you.

This panel discussion was organized and hosted by members of PLA’s Leadership Development Committee.

At the conclusion of this on-demand panel discussion, participants will be able to:

This on-demand panel discussion is intended for public library employees of all levels, especially those interested in an administrative career path. 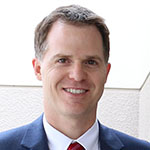 Moderator Doug Crane began his career with the Palm Beach County (FL) Library System as a children’s librarian in 1998. He then served as the electronic resources coordinator, a branch manager, and the director of branch services. He was appointed library director in 2014 and under his direction the system has won numerous awards. Doug was recruited by the Public Library Association for their first podcast in 2015. He is the author of the Public Libraries articles, “May I Ask You a Question? Lessons Learned from Interviewing Public Library Leaders” (November/December 2015), “Efficient Librarianship – A New Path for the Profession” (November/December 2017), and “Go For It! Advice From Library Directors” (May/June 2019). He is a regular contributor to Learning Exchange, the newsletter of the Learning Round Table of the American Library Association (ALA). 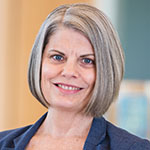 As the chief executive officer of the Prince George’s County (MD) Memorial Library System (PGCMLS), Roberta R. Phillips oversees all operations of its nineteen branch libraries that serve a diverse population of approximately 909,000+. She completed the PGCMLS Strategic Framework 2021–2024 and is exploring the library’s role in establishing a UNICEF Child Friendly County. Her work focuses on advancing the community through inclusive practices, strategic and conceptual thinking, and evidence-based best practices for twenty-first century learning. Roberta was named a “Mover and Shaker” by Library Journal in 2013 in the category of change agent. Her commitment to customer-focused services—including enhancing community services and sharpening customer service approaches—has been instrumental in the library field. Roberta has a MLIS degree from Wayne State University in Detroit and a BA in Education from Michigan State University. 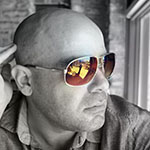 Mark Williams is a proud Welshman and has been the chief librarian and CEO for Milton (Ontario) Public Library since 2018. Mark has over twenty years of public library experience. He began his career in Coventry, England, where he was employed to work with disaffected and socially-excluded youth. Working directly with youth at risk of criminal behavior, homeless youth, children in residential foster care, and the LGBTQ community, Mark’s focus was to break down barriers to access to ensure that the public library was a welcoming space for all. In his time as chief librarian, Mark has overhauled the traditional public library service model to better respond to the evolving needs of one of Canada’s fastest growing communities. As a result, over seventy percent of the community are active cardholders. Awards include PLA’s John Iliff Award for innovation and the ALA International Round Table’s Presidential Citation for Innovative International Projects, both in 2019. 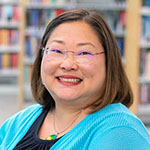 Mary Ellen Icaza joined Stark Library (Canton, OH) in 2018 as CEO/executive director. Prior to this, she led educational programming, community outreach, and special events as the assistant director for programs and outreach at Montgomery County (MD) Public Libraries. She currently serves as a board member for the Ohio Library Council, the Stark County Family Council, the Aultman Hospital Women’s Board, and the Kent State Stark Advisory Board. In 2018, Mary Ellen was honored with the EPIC Award for Education from Montgomery Community Media, which recognizes leaders for excellence in creating and sharing within the community. In 2004, she was named a “Mover and Shaker” by Library Journal and was selected as a 2015 ALA Leadership Institute participant. Mary Ellen earned a MLS from the University of Maryland and a BA in English from The Catholic University of America (Washington, DC). 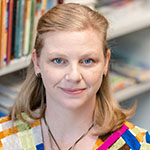 Jessica Hudson, director of Fairfax County Library (Fairfax, VA), became a library director at the age of twenty-five and has had the opportunity to lead systems from across the spectrum from small and rural (three branches with an annual budget of $524,000) to the large and urban (twenty-three branches with an annual budget of over $30 million). Her passions include expanding access to future patrons who may have never thought to use the library before, as well as supporting equity initiatives to ensure that those future patrons can utilize all the great resources the library has to offer.