The Public Library Association’s (PLA) Project Outcome is a free online toolkit designed to help public libraries understand and share the impact of their programs and services by providing simple surveys and an easy-to-use process for measuring and analyzing outcomes. The panelists on this on-demand webinar have prioritized outcome measurement in their libraries and integrated Project Outcome into their strategic planning. Participants will learn how other libraries are aligning their outcome measurement with strategic priorities, measuring their success in priority program areas, and the changes libraries are able to make using outcome data to improve programming and better meet community needs.

The panelists on this on-demand webinar will also be presenting on Tuesday, March 20, at the PLA 2018 preconference, "Project Outcome Training Workshop: Tools for Measuring Patron Outcomes."

This on-demand webinar is open to everyone but will be most helpful to libraries using Project Outcome. Project Outcome is a free service provided by the Public Library Association. If you would like to enroll in Project Outcome in advance of the webinar, please do so at www.projectoutcome.org. 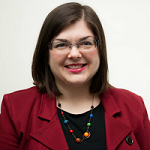 Amy Koester is the youth & family program supervisor at Skokie (Ill.) Public Library. In addition to overseeing programs for children birth through grade five and their families, she leads the library’s teams focused on program outcomes, community data, and civic engagement. Amy is a member of the ALSC Board of Directors and the Our Voices Chicago initiative’s advisory council. She blogs about librarianship as The Show Me Librarian. 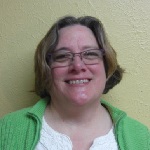 Julianne Rist is the director of public services for the Jefferson County Public Library. She oversees collection services, the public services side of facilities remodeling, building expansions, back of house operations, and the implementation of strategic initiatives. Julianne has experience in both large urban libraries and small city libraries. From 2003 to 2012, she worked for the Pikes Peak Library District (PPLD) in Colorado Springs, Colo., where she managed multiple library locations and projects. Julianne is an ALA-APA Certified Public Library Administrator and has an MLIS from the University of South Florida, and BFA in English and Dramatic Arts from Centre College. Julianne implemented Project Outcome, the Edge Initiative, and the Impact Survey at JCPL in 2016–17. JCPL is now using all three tools for strategic planning and outcome measurement. 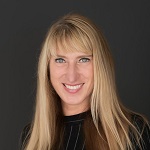 Christa Werle has served public libraries in a range of positions during the past 20 years. As public services project manager, Christa brings idea management, project management, change management and outcomes-based evaluation to services for residents of Snohomish and Island Counties through 23 community libraries, and online and outreach services. With a social ROI model in mind, Christa believes that libraries should know their intrinsic value and be able to prove it with data. 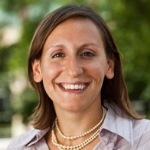